Today I’m having a discussion with my Marketing Maniac kitten.

MM: What? No interview? No kidnapping?

Liza: Nope. I want to discuss our  marketing plan.

MM: You do realize everyone just clicked off when you said that.

Liza: Then let’s have a private discussion.

MM: You want to have a private conversation on a public blog? 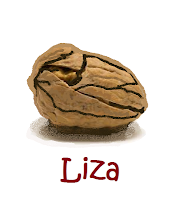 Liza: Yes…why are crawling under the couch?

MM: You seem to have lost your mind. I’m just looking for it.

Liza: Funny. Now tell me what you’ve got up your furry little sleeves to increase sales of Saving Casey.

MM: Are you going to keep an open mind and not just shoot them all down for silly reasons?

Liza: Silly reasons like they are illegal and the FBI will haul me in for questioning…again?

MM: I can’t work in a negative environment.

Liza: Just tell me what you’ve got.

MM: You know I made placards of positive statements made about your books from readers, right?

MM: Well, I’m going attach them to the back of a dollar, then drop them with the dollar facing up on the floor of book stores.

Liza: So people will pick up the dollar, tear off the placard and toss it on the floor, then wander about collecting more dollars so they can buy a ski hat or mittens.

MM: Maybe, but they might actually read the placard as they are pulling if off the dollar bill and realize that those who have read Saving Casey think its a great story.

Liza: Honestly, I don’t think I can afford this idea.

Liza: And get me arrested for counter-fitting, no thanks. Is that all you have for marketing efforts?

MM: No…I have engaged an Sales enforcer. It's like a Salesperson, but far more effective.

MM: He travels about digitally threatening everyone to buy your book or get the crap swatted out of them. Except he’s so cute, he never has to follow through.

Liza: I kind of like him, but could we soften his message. I really don’t want to bully people into reading a story against bullying.

MM: I see your point.

MM: I want to make a movie with all my promotions set to music.

Liza: Only the legal ones. No NYC buildings.

Liza: As long as they are legal it sounds lovely. However, I believe you’ve already made one movie rather like that.

MM: I did, but no one watches it, so I want to try making the movie again. Remakes are often better than originals.

Liza: That is better than the original. Well done, Maniac. Well, that does it for today...

MM: But I have more ideas!

Liza: I’m sure I’ll have space for you to talk again. Gather them up for that.

MM: At least let me add a few things: 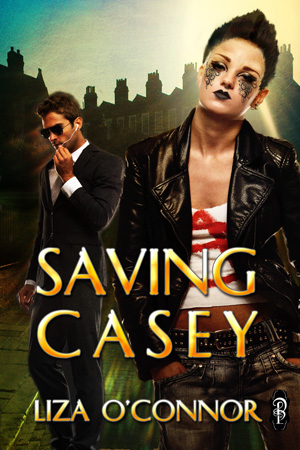 Having been diagnosed with cancer, Cass Goldman decides to opt out of any futile medical care and end her life. While she has some thoughts on afterlife, she never expects to reincarnate into the body of a seventeen-year-old girl named Casey Davidson.

When she awakens in a hospital, Cass discovers two disturbing facts: One, she is now inside the body of a troubled teenager, and two, the former owner of this body committed suicide, but only Cass knows that. Everyone else believes Casey has survived, but suffered a complete memory loss. Cass has two choices: to take on Casey’s life and turn it around, or to confess the truth about her reincarnation and end up in a mental asylum. Given this second chance to life, Cass decides to take on the future life of Casey—the frightening ghoul-faced teen with short, black, spiky hair.

Every person around Cass has an ulterior motive and discovering the truth of Old Casey’s life is more complicated than the “new math” she is forced to learn in school. In addition, Cass has to contend with raging teenage hormones and the prior crimes of Old Casey, which she might not remember, but everyone else certainly does. However, her biggest frustration concerns her feelings for her father’s rugged security specialist who sees her only as a teenager and doesn’t want to explore the mutual attraction between them.

As determined as Cass is to turn this life around, Old Casey’s enemies are just as determined to end her life. She has no idea whom she can trust, but she knows she’ll never survive going it alone.

AND IN CASE YOUR EYES ARE TOO TIRED TO READ, HERE'S THE TRAILER:

Now stop procrastinating and go out there and buy the book!

SAVING CASEY BY LIZA O'CONNOR IS AVAILABLE AT THESE SITES
AND MORE: