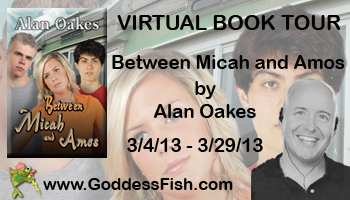 Liza: Because Alan is a counselor of feral students.

Peep Rep: He counsels them to be feral?

Peep Rep: Can we get to it then?

Winners can chose to receive a gift card from:Amazon, B&N or Sonic.

Which means to maximize your chances of winning, you need to follow Alan along his tour. I'll give you the link latter. 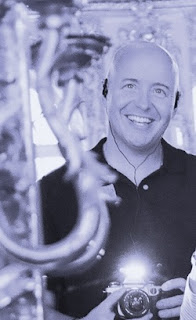 Liza: Welcome Alan. What is your favorite part of writing?

Alan: After I get my outline set and I have a good sense of my characters and who they are, I love to write scenes.  I will have the location of the scene, the characters, and what has to occur in the scene in my outline – but then when you get the characters together and they start talking in your head and you’re merely a scribe, that’s when things really start to crackle!

Liza: Yeah, that’s the part I love: the release the characters and scribe time. So I jump to that part and ignore the rest.
Is there anything you don’t like about being a writer?

Alan: I do a lot of different types of writing.  Some of the most challenging assignments are my articles and columns for Green Building and Design magazine.  The things I cover are very technical and require a great attention to detail.  I sometimes think to heck with that type of writing, but I feel the discipline of it really helps my fiction writing.

Liza: I imagine it would. Your attention to details will ensure all devices work properly in your books.
How does your family feel about your writing and you being an author?

Alan: I didn’t think my parents in particular would enjoy Between Micah and Amos.  Boy was I wrong!  They are buying copies and sending them to friends. (I can’t wait to be the topic of conversation at the Sunset Acres Retirement Village Book Club!)

Liza: Sounds sweet, but you do realize that’s your future inheritance they are spending so freely? No matter, as a counselor you're used to living barely above poverty. A windfall would, no doubt, cramp your lifestyle.
How are the siblings taking to your publishing success?

Alan: I let my sister and two brothers read a lot of stuff before it comes out.  They are good critics and help me make adjustments.

Liza: What's the best piece of advice anyone has ever offered you about writing?

Alan: There was a teacher I had for fiction writing at the University of Kansas, who always said writing was like playing basketball – you have to constantly practice in order to be good.  That’s true!

Liza: So let's check out your book

BETWEEN MICAH AND AMOS
By
Alan Oakes

Like a flash, the discharge from the gun lit up the inside of the dimly lit, filthy trailer Ashleigh called home. Ashleigh sat curled up on the stained pink carpet next to the pull-out bed in the living area where she slept.  The victim lay dead, slumped against the wall of the trailer.  Ashleigh looked at the motionless body.  She was petrified.

Meet Ashleigh Mae, a seventeen year old high school senior living in the small town of Micah, Texas.  Her boyfriend Billy calls her a wild child.  Her momma is always telling her she makes bad choices.  No matter what, no one really understands her.

Ashleigh dreams of a life with Billy.  Their love is true, she thinks. When her mother forces them to leave Micah in the middle of the night and move in with her momma’s old boyfriend Casey, on the outskirts of a town called Amos, Ashleigh’s life is torn apart.

This is her fight to get it back….

“I wouldn’t say that,” Manuel answered.

“I would!” Ashleigh laughed.

“Lean forward,” she said to him impulsively.

“Just do it,” Ashleigh said.

Manuel leaned forward and Ashleigh came behind him and began to massage his neck and back.

“That feels good...” he said soothingly with his eyes closed.

“You are such a hottie!” Ashleigh remarked as she kneaded the muscles of his back.

Manuel turned toward Ashleigh, looked into her eyes, and kissed her softly. She felt tingly as he caressed her body. She could feel his excitement as he continued to kiss her. But just as soon as they started, Manuel turned and stood up. He then dove into the cold water. He swam up next to the rock where they both were lying. Ashleigh looked at him, surprised.

“I’m sorry,” Manuel said, trying to catch his breath. “I made a promise that I wouldn’t make love until I was married.”

Ashleigh stared at Manuel with her eyebrows raised.


“So you’re still a virgin?”
“Yeah…” Manuel said. He looked at Ashleigh’s astonished face. “It’s not like I’m a vampire or something.”

“It would be hot if you were!” Ashleigh joked. She stood up herself and then dove into the water. She swam up to where he was standing up to his chest in the pool. Ashleigh wrapped her legs and arms around Manuel and started passionately kissing him.

Liza: Wow! Let’s give the peeps your Buy links:


Liza: Now back to our regularly scheduled interview.

What part of your book took you most out of your comfort zone?

Alan: The main character in the story, Ashleigh
Mae, never really learned how to love and she wants to so badly.  Her mother uses her sexuality and her relationships with men to provide a roof over her head.  And then there is Ashleigh’s own sexual past – the pain and shame she had to endure. Ashleigh’s perspective of her own sexuality is very complicated.  She can be very sexual, but it is disconnected in a way from true love.  Writing about this and getting the right feel for it was very uncomfortable.
Liza: What part of your book was the hardest to write?

Alan: The last act was the most difficult to put together. Ashleigh and her mother have a very powerful scene and I had to take a couple of passes at it.  You want the reader to keep hanging on to the very last word.

Liza: Has a secondary character ever threatened to take over your book?

Alan: My OCD forces me to ascribe to the Margaret Mitchell (Gone with the Wind) school of fiction writing.  I like to have my outline and know what essentials need to happen in a scene.  She liked doing that specifically so that none of her characters would get out of hand because she worried about the results.  I’m in awe of writers who don’t do this and just write and let the characters fly!  What fun!

Liza: Awwww, you’re in awe of me. I admit, I’ve no control over my characters. It’s great fun writing, but honestly, I end up with a whole bunch of stories that aren’t publishable.
How'd you come up with this story?

Alan: I’ve worked at the same high school in a Texas town for almost nine years now. I work with kids who are coded by the education system as ‘at risk’ of dropping out.  What touched me was how many young people I saw who were basically feral kids – they were raising themselves.  Maybe their parents struggled with addictions or mental illness.  I’ve seen kids tossed out – discarded like trash.  What would come of these kids, I wondered?  Would they become just like their parents – broken lives, shattered dreams?  I see so much good in these kids, but make no mistake – they have learned how to survive and their skills are vastly different from other kids.
So I wanted to create a girl who comes from such a home life -- who had bad things done to her.   Could she overcome her upbringing and have a better life?  Or would she fall back into the only world she knows, no matter how awful?

Liza: I’ve got to read this. I was raised by feral cats, so I’ll be able to relate to the heroine. Describe her in five words.

Liza: Totally me. I’m definitely buying this book. So how does the reality of being a writer compare to the one TV writers live? Say, for example, Castle.

Liza: Well, technically it doesn’t for Castle either. His paying job is that of an actor. It was a trick question. But go on and tell me about your writing life.

Alan: I have a very challenging full time job.  There are times when I leave the high school at the end of the day and just want to turn on the TV and veg, but I choose to write every night.  I have paid assignments and I have fiction writing.  I just tell myself that I have to be disciplined and go for it.
I think writers have it under their skin – it just comes out.  It is a passion – and the root of that word means suffering.  So there is pain involved, but there is nothing like a story bubbling forth from one’s imagination.  Putting something together can be a bitch and thrilling at the same time!

Liza: Totally agree. Although I read an article that suggested we might all have a mental disorder that drives us to write. My response, and I suspect most authors would be:

SHRINKS:
IF MY LOVE OF WRITING IS A MENTAL DISORDER,
DO NOT TRY TO FIX ME.


Alan Oakes is a Graduation Coach and Counselor at a Texas High School.  He is a featured writer for Green Building and Design magazine and a contributor to other magazines including Texas Architect and New American Luxury.  In the past, he served as Associate Pastor of Saint Austin Catholic Church and Director of Catholic Campus Ministry at UCLA.

To learn more about the author, feel free to go to his website:   http://www.alanoakes.net/

Websites for Between Micah and Amos:
http://www.betweenmicahandamos.com/
Publisher Link:
http://www.whiskeycreekpress.com/store/index.php?main_page=product_info&products_id=1066


Liza: It's now time to comment. Make sure you leave your email address so Alan can notify you of your winning easily.

Once you are done, grab the link below and follow Alan our his tour to gain more chances to win one of the three chances for prizes.

Link to Alan's Tour Schedule
This link takes you to Goddess Fish blog. When you arrive page down twice and you'll fine Alan's tour links.

Now get to commenting, and if you want to follow me, that would be really nice too.
Posted by Liza O'Connor at 1:00 AM