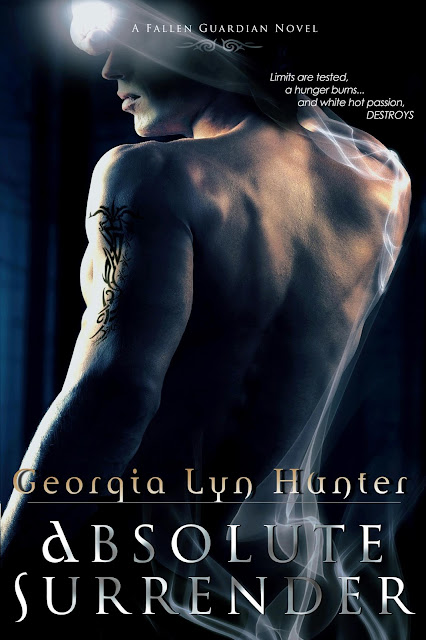 Hello Peeps. Today I'm interviewing a book that has gone from being misunderstood and abused to Bestseller on Amazon.

Book: Are you talking to me?

Liza: Yes. I'm going to interview your amazing rise from abuse to bestseller, and while Absolute Surrender is a mouthful to say over and over, 'book' seems a bit generic. So may I call you Abs.

Abs: Sure. Wow... I've never been interviewed before. Thanks, I'm up for this.

Liza: So let's start back in your early life...I understand it was hard at first.

Abs: It was. The tweaks, the painful edits and reedits. Not an easy feat.  My pages filled up and the story unfolded. I had everything, including the kitchen sink, a heavy burden to carry. Until my writer reached out to a support group, I think they call it a critique group and slowly sanity returned.

Liza: I imagine those were hard times. I know many a book dies while evolving from draft to story.

Abs: Not me. I’m a damn survivor, let me tell ya, and have been called many names, until I stopped fighting and surrendered to the mighty pen. Probably that’s why she called me Absolute Surrender.

Liza: It's a powerful title. Most memorable. What's your opinion of your main characters?

Abs:When I met the protagonists, Aethan, I thought Good God, damn sexy—hot as hell. Great
job on him, dear author. And the heroine, Echo: vulnerable, sassy, my kinda gal. The secondary characters were equally great players. And what filled my pages was a moving story, linked to some life experiences or so I heard the author say.

Liza:Can you tell us a little about the story?

Born in the flames of Heaven’s wrath, he’s all things sinful…and too dangerous to love.
An immortal guardian, Aethan’s walked alone for millennia, trapped in a hell of his own, until a feisty mortal crosses his path—a female he shouldn’t even look at, one who shakes the precarious foundations of all that he is—and one who’s determined to walk the edge of danger.
All her life, Echo Carter wanted “normal,” an impossible feat given that she can see demons. Now she’s determined to hunt down the demonii responsible for the death of her friend—and no man, no matter how sexy, will stop her—until she discovers a horrifying truth about herself, forcing her to turn to Aethan. But when two stubborn wills collide, a dangerous passion ignites…
As evil closes in, will this warrior overcome his darkest fears and claim her as his—or lose her to a far more sinister fate.

Liza: That does sound good.

Abs: I thought I was very good, so off I go to an agent, expecting to be adored on sight. *sniffs*

Abs: No one wanted another ‘angel’ story. Didn't bother to give me a chance to prove to them that I wasn’t an angel story at all but something completely unique. This is an Empyrean’s story.

Liza: You didn't hit them with yourself, did you?

Abs: No, I tried a publishing house, instead, and they accepted me.

Liza: And you became an instant bestseller and lived happily ever after.

Abs: I wish! Several months later, I was let loose amongst the public. Expecting to be loved and read.

I didn't get it. Heck, I was a captivating story or so I thought. Why weren't readers buying me?

Let me tell you right off, an instant success I bloody hell wasn’t!

Liza: I know that disappointment. How'd your reviews go?

Abs: Some readers just didn't get me. 3&2* rating and reviews followed with a straggling 5&4*.
Devastated didn't began to describe how I felt. No one got what my characters had to say, or their story. One even called the Empyrean race ‘mutant angels’ and very derogatory remarks followed: death by sex, (a cynical lol from the reader) too many characters, somebody claim the heroine already!

Liza: That had to be hard.

Abs: Their callous words hurt, made my pages wilt. Stranger even, they still wanted to read more books by this author. Confused the hell outta me, I tell ya.

Liza: What'd you do?

Abs: I moped and stayed in the shadows, tried to console myself. “I'm okay, I like myself,” I repeated the mantra.

Then a few days before the shocker that knocked my ass to the floor, my characters went online in a few interviews, and they received a great response.

Liza: Darn! I'd hoped it was when I kidnapped Georgia and forced her to talk about her book.

Liza: Are you sure?

Abs: Pretty sure. A few days’ later my virtual phone rang—
Did you see your f-en, sales?! The voice screamed at me.

Liza: Generally, I hate being screamed at, but this one, I'd be willing to endure.

Abs: Yeah, I kept thinking: What? I have sales?
Maybe one or two liked me and finally understood me?  As opposed to the contradictory ones?

Liza: So you had no inkling your book had caught on fire?

Abs: NEVER USE THAT EXPRESSION!

Liza: Sorry, my bad.  You had no idea your book was selling...

Abs: Nope. After all, I had been ripped apart at the seams. Quite painful that was.
But I was curious, so I picked myself out of the shadows and checked out the site.

Abs: I stared at the Amazon page, not daring to believe right at that moment I was number 1 on the amazon bestseller list.

Liza: NUMBER ONE!!!!
You made number one? How did that happen?

Abs: I have no idea, I’m still trying to figure it out.

Liza: Did you do advertising?

Liza: Were you in the midst of a tour?

Liza: Did you create a book trailer that went viral?

Liza: Well, then I have to think  gorgeous Aethan pulled strings to get the job done. And of course, you are a fabulous book.

Liza: Might you let us peek beneath your cover and glimpse a word or two?

Abs: Since you asked so nicely.This excerpt is of the first meeting between Echo and Aethan at the cathedral.

Echo tightened her grip on the dagger. Her gaze fixed on the stranger who radiated menace, her stance ready for a fight.
“I’m not going to hurt you.”
The cadence of his voice startled her. Like a low rumble of thunder, it caressed her senses. A flash of heat zipped through her veins. Crap! Was he trying to seduce her into giving him whatever it was he wanted? It sure as hell was close to working.
She stared pointedly at the obsidian dagger he held. “Yeah, right.”
An odd stillness seemed to come over him at her words, then he relaxed and sheathed the blade on his belt.
Was she supposed to do the same? Too bad for him, he would have to be disappointed. She waved him off with her dagger. “Good. Now, get out of my way.”
There was a slight shift in those cool gray depths. Irritation? Amusement? She couldn’t be sure, not when his expression had the tensility of granite.
He nodded to the spot where she’d killed the demonii. “We need to talk about that.”
Echo narrowed her eyes at him. She didn’t care how sexy that lightly accented voice of his was. If he thought for a second she was going to tell him how she saw demoniis, or killed the fiends, he was doomed for disappointment. People already thought her strange. And for some insane reason she didn’t want him to think so, too. Didn’t matter she’d never see him again.
“I don’t think so.” She stepped around him, bypassed a stone bench, and was sheathing her dagger when he grasped her denim-clad arm. His touch sent a jolt to her system, like a sharp tingle. It unsettled her.
“That wasn’t a request.”
“I don’t care. You want to unhand me?”
His gray eyes skimmed over her face, ignoring her demands. “It must be a mortal trait, to delve into things best left alone.”
“Mortal trait?” Indignation surging through her, she shoved away from him and knocked into something hard. Too late she recalled the bench. Only her agile reflexes kept her from tipping over and landing on her backside. And the fact he grabbed her arm. She yanked free and drew in a steadying breath, only to breathe in his wild, cool scent again.
Her eyes rushed to his. He was too close. She couldn’t move, not unless she wanted to crawl up him. Tempting as that was, it wasn’t a good idea. Not when her hormones were shooting down her common sense and waving a white flag in surrender. In a move born out of pure self-preservation, she leaped onto the stone bench to put some distance between them.
“And you have a temper to match.”
Her fist clenched. That’s it! She took a swing.
Faster than a freaking rattler he struck, grasping her wrist, his grip gentle despite the unbreakable hold. “I wouldn’t if I were you. Hitting me will gain you more than you bargained for. Trust me, you don’t want that.”

Liza: And for those of you who would like to buy Absolute Surrender (in a respectful manner) here are some Buy links:


Abs: I would also like to thank my author for all her hard work to create me. 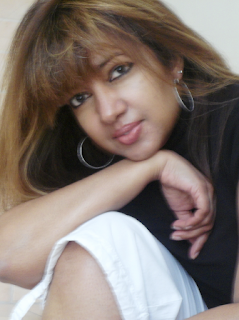 Georgia Lyn Hunter, say’s she never thought about writing, too busy devouring the books out there until she read her first paranormal romance several years ago.  Now, she loves creating strong, alpha heroes who think they need no one and the heroines come along and knock them on their gorgeous asses.
She enjoys brainstorming with her daughter over new ideas and have several book ideas plotted out for the story arc.

Liza: Let's give Absolute Surrender a big hand for being such a great guest today.

Please leave a comment and make me, Absolute Surrender, and Georgia happy.