Today, I've invited Victoria Adams to interview her characters for me because she's an expert when it comes to Julie Anderson and Robert Holiday from her series Circles Trilogy series.


Victoria: Hi everyone. I'm so happy to be here. I write NA (ages 17 to 22) and contemporary romance. And today I brought along Julie Anderson and Robert Holiday from my Circles Trilogy series.

Victoria - Describe your childhood family. Where did you grow up?

Julie- I'm the oldest daughter. I have 1 younger brother and 2 younger sisters. We live in a beautiful house in Westland.  Your turn, Robert.

Robert - *grimacing* - Do I really have to answer these?

Julie – Come on, you agreed.

Robert - *sighs and rubs face* - OK. I grew up in North Shore. That's like the exact opposite of where Julie grew up. My mom ran out on my jerk older brother and me when I was about 9. Never knew my dad.

Victoria – Will you share your happiest childhood memory? Most frightening? And blackest

Julie – Best memory. **giggles** That's easy. The day I met Robert. The first time I looked into his dark eyes and he smiled at me.
Most frightening. The high school dance where Chris almost date raped me. Until Robert showed up and made him stop.
Blackest. *she squeezes her eyes shut* The moment I thought Robert was dead.

Robert – Best memory – every time I've kissed Julie.
Most frightening. I don't think you really want to know what that is. I've been in some very dark moments. Gang fights. Guns. Stared death in the face more than once.
Blackest - *he scratches his chin* – When Julie left to pursue her dance career.

Victoria – Tell us where you two met.

Robert – As a parole condition, I got sent to Westland Private Prep School. Snooty rich bitch place. I was in her classes and somehow how we just started talking.

Julie – chocolate. But since I'm a dancer, I eat it only on special occasions.

Robert – Beer. And I drink it whenever and wherever I can.

Julie – soft pink. It reminds me of the colour on my pointe shoes.

Robert – Blue. Sky blue. If I'm under a blue sky then I free and being free is good.

Julie – Handsome. Noble. Sexy-as-hell. The last one is hyphenate so it's really only one word.

Robert – Beautiful. If I knew a word better than beautiful I'd use that. Compassionate. *he chuckles* I can cheat too. Sexy-as-hell

Victoria – Thank you both for answering all my questions and now let's go get Robert that beer I promised him.

Robert – I'm out of here! * Julie rolls her eyes, laughs and follows him.*

Liza: Man, Victoria, you're really a pushover. My interviews go on for hours.

Liza: Hush Peep. I've only one rule, Victoria, no talking to Peep Rep.

Victoria: Well, my characters have left, so maybe I can tell you about my series, Circles Trilogy.

Liza: Sounds good to me.

Peep Rep: Me too.

Liza: Hush Peep. We'd love to know about them.

Dancing In Circles
One born into privilege and a charmed life surrounded by love and family. The other born to a life of violence on the streets as the solemn gang leader of the notorious Shoresmen. A young, idealistic co-ed, Julie, meets a jaded, cold gang member, Robert, and cracks his icy shell, allowing the warmth of her love to awaken his soul.
Buy Link http://www.amazon.com/dp/B009PFNPMG 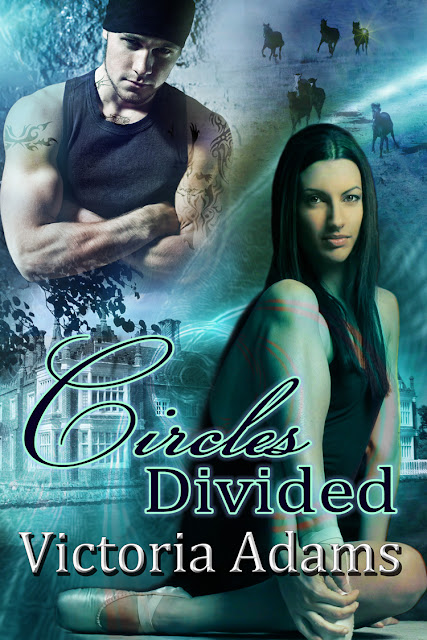 Circles Divided
Is the love of a girl from wealthy Westland and a street punk from the slums of the Shore strong enough to surpass all that life will throw at them and forge a life together? Is Julie willing to sacrifice her childhood dream of becoming a professional dancer for the man she loves? Is Robert willing to lay down his ties to the gang in order to hold onto his newfound love? Sacrifices must be made, but will they be enough?
Buy Link  http://www.amazon.com/dp/B00BBKNDAC 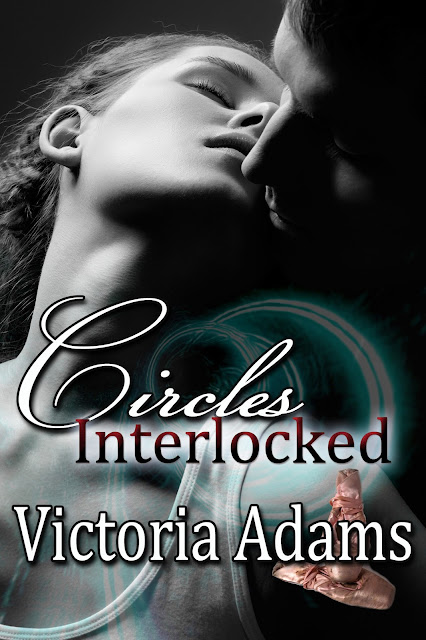 Circles Interlocked
Having been betrayed by the man she assumed she was destined to be with forever; Julie Anderson slapped Robert Holiday in an angry ending to their brief love affair. Heartbroken that her love affair didn't end with the fairy tale Happily Ever After, Julie leaves town to pursue her dream of being a dancer. As fate has a curious sense of humor, eight years later, they wake up in bed together. Now it is up to love to fix what time cannot mend.
Buy Link
http://www.amazon.com/Circles-Interlocked-ebook/dp/B005S8LI46

Liza: Wow, these sound really good and the covers are awesome! My peeps will definitely want to stalk you. So can you give them some guidance that won't get them arrested.


Victoria. You can find me at the following places:
Blog – Victoria's Pages of Romance – http://victoriaadams.blogspot.com

Liza: Thanks for stopping by and doing all the work. It gave me more time to edit. Peeps, don't forget to leave a comment. Victoria and I love comments and I promise, no spam blockers to torment you.