Liza Reviews The Seduction of Lady Phoebe by Ella Quinn 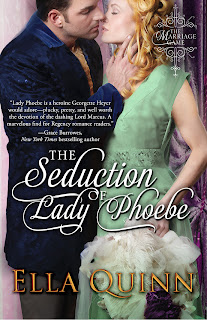 The Seduction of Lady Phoebe
by Ella Quinn.


I won't call this a 'can't put down book' because I contentedly put it down frequently. In fact, I purposely drew out my reading experience over many weeks. I did this not because I was bored, but rather because I fell in love with the characters and I did not wish to let them go.

They are, to put it bluntly, addictive.

I delighted in spending an hour of my busy day with them. Their antics and romance took me back in time and for that one hour, I was there with them, wishing Phoebe would just forgive Marcus, all the while understanding why her logical brain needed more proof that he was indeed a changed man.

Ella's gentle hand did a remarkable job crafting the environment. Often in historicals, an author will carry on for too long about the tapestries or gardens and I will begin to skim, wishing to return to the plot. That never happened with The Seduction of Phoebe. Ella Quinn has an excellent sense of how to layer her descriptions within her scene, so you feel an enriched sense of location about you while keeping the story forefront, moving along at a pleasant pace.

Her story gave me the same tranquility I obtain from reading Jane Austen.  Her two main characters are delightful and unique people. The heroine an independent and powerful young woman. The hero is honorable, loyal, and seductively sexy. The villain is truly trollish. Yet while he is lacking in etiquette, he proves to be most clever in abductions and murder. His potential threat to Phoebe remains an ongoing undercurrent through most of the book.

There are two major events that occur before the book ends, which to avoid spoilers, I won't discuss in detail. But I will say there were both handled uniquely and appropriately.

This book's enjoyment begins on page one and remains steady throughout. Without question, I will be reading the two other novels in this series that are coming out soon as well.

I give this book five stars with a warning:


The characters of this book are addictive. 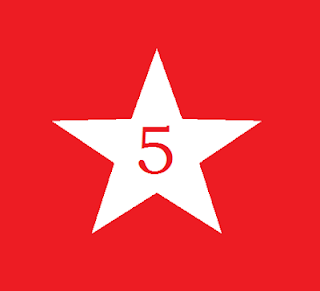 Want to know more about The Seduction of Lady Phoebe?

THE MARRIAGE GAME
THE SEDUCTION OF LADY PHOEBE ~ September, 19, 2013
LADY PHOEBE STANHOPE, famous for her quick wits, fast horses, and punishing right hook, is afraid of nothing but falling in love. Fleeing a matchmaking attempt with the only man she despises, Phoebe meets a handsome blue-eyed stranger who sends her senses skittering. By the time Phoebe discovers the seductive stranger is the same arrogant troll she sent packing eight years ago, she is halfway to falling in love with him.


LORD MARCUS FINLEY last saw Phoebe striding regally away, as he lay on the floor with a bruised jaw and a rapidly swelling eye. Recently returned from the West Indies, Marcus is determined to earn Phoebe’s love, preferably before she discovers who he is. Determined to have Phoebe for his own, Marcus begins his campaign to gain her forgiveness and seduce her into marriage.

Can Phoebe learn to trust her own heart and Marcus? Or is she destined to remain alone?


~Lady Phoebe is a heroine Georgette Heyer would adore--plucky, pretty, and well worth the devotion of the dashing Lord Marcus. A marvelous find for Regency romance readers.~
~NYT Bestseller Grace Burrowes ~


Excerpt
Last week in August, 1814, Cranbourne Place, England
Phoebe walked briskly into the large, sunny breakfast room, the train of her pale green nankeen riding habit draped over one arm.
She greeted her brother, Geoffrey, the sixth Earl of Cranbourne. “Good morning.”
When he looked up from his news sheet and met her gaze, Phoebe saw the fatigue etched in his face.
“Oh, you poor dear,” she said. “Is it the baby?” Miles was Geoffrey and his wife, Amabel’s six-month-old son.
“Yes,” Geoffrey replied. “He’s getting his first tooth. I dare say, had I’d known he would be in this much pain, I would have recommended to him that he not bother.”
Grinning, Phoebe said, “I am sure he would have appreciated the advice.”
Geoffrey handed her a section of the news sheet, and they sat in companionable silence until her sister-in-law joined them.
After pouring a cup of tea, Amabel asked Phoebe, “When do you leave for Town?”
She swallowed a piece of toast. “Next week.”
“I do wish I could go with you,” Amabel said.
“What a whisker!” Phoebe smiled. “You have no desire at all to go to London and dance attendance on me, and, indeed, I have no wish for you to have to do so. I am quite content to stay with my Aunt St. Eth. I much prefer the political parties the St. Eths attend.”
Her sister-in-law pulled a face. “But they are so dry.”
Phoebe laughed when Amabel wrinkled her nose. “I know, for you the subject is a dead bore, but I enjoy it extremely.”
Her sister-in-law frowned. “My dear, how will you ever find a husband if you are attending only political parties?”
“It is not as if there are no unmarried gentlemen at the parties,” Phoebe retorted. “Besides, I daresay I have met every unmarried gentleman the length and breadth of England. Not one has given me the smallest desire to marry. Perhaps I shall set up a salon and become a famous bluestocking.”
Her sister-in-law’s mouth dropped open in shock. “You cannot mean that!”
Phoebe tried to hide her exasperation. “I know you’ve tried very hard to bring about a match for me. I wish you would not persist. I shall marry when I find a gentleman I can love and not before.”
“But you must marry,” Amabel said. “You are almost twenty-four, and you are much too beautiful to become a spinster.”
“I am well aware of my age,” Phoebe said as mildly as she could. “I’m not on the shelf yet.”
After taking a sip of tea, Amabel said airily, “I have invited my brother to visit us.”
Phoebe creased her brows. “Evesham? I thought he was too ill to travel.”
“No, Arthur is indeed too ill,” her sister-in-law said. “I have invited my other brother, Marcus. He shall arrive in three days time.”
“Lord Marcus?”
Amabel hesitated before continuing, “He needs to marry now, and I immediately thought of you.”
At the mention of Lord Marcus Finley, Phoebe’s stomach clenched, and the humiliation she had not felt in years burbled within her, feeding her anger.
She took a breath and calmly but firmly said, “I have met Lord Marcus, we did not suit. Amabel, pray excuse me. I have just remembered something I must do.”


Pre-order Buy Links
AmazonUS
AmazonUK
AmazonGermany
Barnes&Noble
Kensington Books
Please leave a comment to Ella or me. We love comments.
Posted by Liza O'Connor at 12:00 AM