Liza interviews Gambling On A Heart by Sara W. Ellwood

Step up and take your chances, Peeps. Today we are rolling the bones. I'm interviewing Gambling On A Heart by Sara Walter Ellwood.

Peep Rep: Can I use dice? I don't have any bones.

Liza: You've a bonehead. Roll that out the door while I interview Gambling On a Heart. Strut on in here Gam.

Liza: Well aren't you a sight for sore eyes! Okay if I call you Gam?

Book: Are you talking to me?

Gam: If it's okay with my author. I didn't know humans could hear me.

Liza: I've only got one rule: No talking to Peep Rep. And rest easy. While I might someday hurt Peep Rep, I will never hurt a book. I love books.

Gam: *shuffles uncomfortably* Forgive me if I don't return the feelings, but I barely know you.

Liza: Not a worry. Tell me about your story.

Gam: Well, this is the second book of a series called The Colton Gamblers.

Liza: Are there enough Coltons to start their own Gamblers Anonymous club?

Gam: That's the name of the town, so yes, they could if they wanted, but I don't think they do.

Liza: Do you have any proof?

Gam: Well, there's the first line of the blurb:

She once lost his heart on a bluff. Will she risk everything to win it back?

Liza: Nope, you've convinced me. So carry on.

Gem: Beautician Tracy Quinn spends her days making the women of Colton, Texas beautiful, while living down the nickname of Olive Oyl, given to her by the only man she has ever loved—Zack Cartwright. She spends her nights alone, despite what her ex husband wants their friends and neighbors to think.

Liza: Oh, so she's got a trash talking ex trying to run her name through the mud. That's grounds for a cattle stampede right across his face.

Gam: You are scaring me again.

Liza: Not to worry. I'll put you somewhere safe before the stampede begins.  So Tell me about this Zack fellow.

Gam: Ex-rodeo cowboy. Ex-bad-boy. Ex-Marine. Widower and single dad Sheriff Zack Cartwright can describe his life in exes. One ex in particular reminds him of what’s missing in his workaholic life: Tracy Quinn. For years since she broke his heart, he’s practically made avoiding her a second job. He still wants her, but can never go after her.

Liza: Then I've unconflicted myself. Continue.

Gam: When cattle rustlers target her brother’s ranch, Tracy and Zack are stuck working together.

Liza: Cattle rustling?  No wonder she has so few cows on your cover.

Gam: The last thing I want is a herd of cows trampling through my pages. I much prefer the spicy sex scenes.

Liza: Cow poop! That's a shocker. So go on with this story, it's really good.

Gam: Well, Tracy believes her son could use a positive male role model like Zack.

Liza: And what does Zack think?

Gam: He thinks his daughter is wild for a chance at a “substitute” mom.

Liza: Sounds like a slam dunk romance to me. So they marry and live happily ever after.

Gam: No so fast little doggy. Tracy’s ex threatens to sue if she lets Zack near her son.

Liza: He probably said HIS son. The jerk.

Gem: Also the Colton grapevine is abuzz with rumors about their past relationship.

Liza: I wonder who spread those lies.

Gem: Read the book and find out. But the big question is:
Is it worth the gamble to see if what they have is more than lust?

Liza: This is a conundrum for rational people. Thankfully, I don't have such worries.
Still, I am intrigued with these two. Can we peek beneath your cover and taste a page or two.

Gam: I suppose I can risk it. Do you promise not to dog-ear my pages.

Liza: No, I would never dog ear a book.

Gem: Then you can take a gander tween my covers.

Excerpt:
“I was hoping you could keep me company this afternoon.” He skimmed his fingers over her cheek.
Her insides, heating up like lava under the surface of the earth, pooled in her low belly. Her lips parted.

Against her lips, he whispered, “Tracy, I want you.”

She had thought of little else since he’d left her standing on her porch Friday night. He was asking her to enter into a sexual relationship without any hope of a future--without love.

But she was already in love with Zack.

Both of their kids would benefit from them being together. Hadn’t that been what she’d decided while she tossed and turned in her big, empty bed?

With her gaze locked on his, she murmured, “I want you, too, but I have a stipulation.”

“I’m no one’s bed-buddy, Zack. I know what my reputation is in this town, but it’s all wrong.” She swallowed her rapidly thumping heart back into place. “I’ll only go through with this, if you promise to treat me as a serious girlfriend. That means we date, we visit with our families and we share our kids.” When his expression hardened, she quickly added, “Mandy likes me. And I adore her. I’d like to bring her here, to the shop, for a few hours and play. And take her shopping. I know your mom tries, but she’s busy with her foundations and charities she does for the Junior League.”

The breath she sucked in was full of Zack’s scent of sage and leather. “Meanwhile, you can teach Bobby how to ride and maybe take him to the sheriff’s department and show him around. Jake won’t like it, but I’ll deal with him.” Having laid her demands out on the proverbial table, she held her breath, waiting for him to tell her what she could do with herself. After all, a man of Zack’s caliber could have any damned woman he wanted. Tracy was just handy, and according to the gossip of her ex-husband and mother-in-law, she was easy.

He studied her for a few moments. “That’s more than one stipulation.”

“Tracy, it won’t change what I told you Friday night. I’m never getting married again.”

His words stung as much now as they had the other night, but she didn’t show him how much. She kept her face determined, as if she were haggling over one of his horses, rather than her body and soul.

“Fine. But I’m not a floozy. Yes, I’ve made mistakes. But I have my son to consider. And I’d hope you’d feel the same about Mandy. They’re bound to see us together. What do you plan on telling your six-year-old daughter when she asks about me? That I’m your friend with benefits? I know that isn’t what I want to be teaching my son.” Moreover, she didn’t want to give credence to Jake’s claim that she had no sexual morals.

“Okay,” he said at last. “We’ll play the game your way.” He pressed her against him. “Luck would have it I’m off this afternoon, too. I’ve already put in sixteen hours.”

When his lips captured hers, she knew she’d made a pact with the devil, but she couldn’t stop the elation surging through her. There was something he wanted from her. Sex was a big portion of it, but something else kept Zack from walking away and hooking up with any one of the many available women in town.

Liza: How does it end?

Gam: You'll have to buy the book and see.

Liza: Can't I just peek at the ending?

Gam: No! Get away from me. How dare you suggest such a thing. Who raised you?

Gam: You don't go reading the end of books to see how it ends. Why if Zack caught you doing that, he'd throw you into jail for sure.

Liza: Well the threat of jail sounds like the interview is over. Do you have anything nice you'd like to say about...me perhaps?

Liza: Really, the stage is yours.

Gam: I would like to thank the lovely lady that wrote me, Sara Williams Ellwood.

Sara Walter Ellwood is an award winning author whose novel Gambling On A Secret was named by bestselling author Carolyn Brown in the Happy Ever After Blog on USA Today as one of her favorite romances of 2012. Although Sara has long ago left the farm for the glamour of the big town, she draws on her experiences growing up on a small hobby farm in West Central Pennsylvania to write her stories. She’s been married to her college sweetheart for nearly 20 years, and they have two teenagers and one very spoiled rescue cat named Penny. She longs to visit the places she writes about and jokes she’s a cowgirl at heart stuck in Pennsylvania suburbia.
She also writes paranormal romantic suspense under the pen name of Cera duBois.


Liza: Thank you so much for coming to my interview. Sorry I upset you. To make it up I've hired a cow to take you back to Sara. 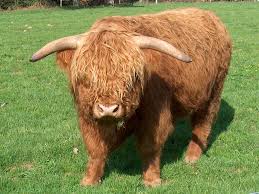 Gam: That don't look like no cow I've ever seen.

Peep Rep: Don't worry. I called you a limo. 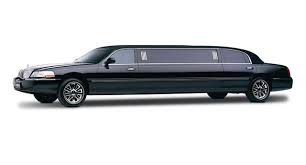 Gam: Thanks, Peep Rep. You're alright.

Gam: And you Miss Liza. Your mouth get's ahead of you, but your heart's in the right place. And to show there's no hard feelings, I've a bit of advice for you.

Gam: Whatever you do, don't try to milk that 'cow'.


Liza: Thanks Gambling On A Heart.
For those of you, like me, who plan to buy the book, here are the links: