Welcome Peeps. We have a conundrum today. I'm interview a celibate succubus created in the strange mind of Barton Paul Levenson.

Peep Rep: This is probably your fault.

Peep Rep: Last time he was here, you hooked him up to a lie detector, which probably traumatized him causing his next book's main character to go celibate.

Liza: Interesting theory. I certainly didn't mean to traumatize him to such a degree.

Peep Rep: You hooked him up to a lie detector!

Liza: You have to let go of the past Peep Rep, it'll just pull you down. Remember my motto: You can't change the past, but the future is yours to write. And here's the book now, arriving in thin air. I suppose that's how a succubus travels. 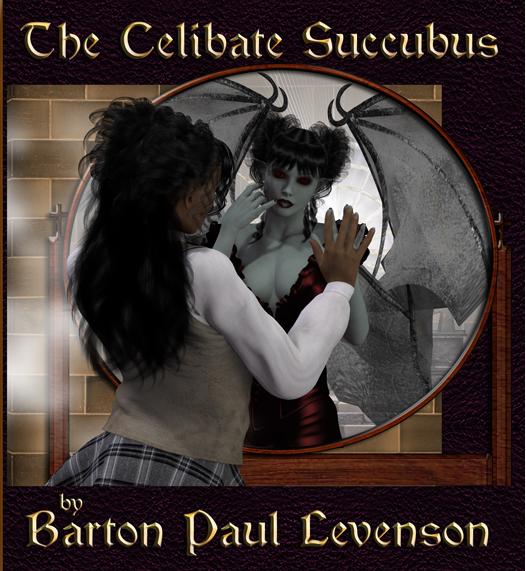 Liza: Welcome The Celibate Succubus. May I call you Celi?

Book: Is my name too long for you?

Liza: Actually, yes. Anything longer than four letters gets mistyped.

Book: This is a strange day. First, I poof out of Barton's care and into your, dare I say, messy living room, discover a human can actually hear my responses, and wishes to rename me.

Liza: No, no, no! First of all, you didn't poof, you just appeared. Secondly, my living room is a tad cluttered, not messy, and thirdly, Barton would have my hide if I tried to rename you. I'm simply suggested a 'pet' name for the interview.

Book: It's just for today?

Book: And no one else will ever use it?

Liza: No, but if they do, hurtle yourself at their head, that'll communicate your displeasure.

Celi: All right, since you have a typing disability that prevents you from naming me properly, I'll allow, just for today, for you to call me Celi.

Liza: Great, tell me about this young celibate succubus. Is she an oxymoron?

Celi:Trained by demons to despise humanity and lead them into sin, her unprecedented capacity for mercy caused her to renounce her place in Hell—and gain an angelic referral to Team Packer.

Liza: Stranger yet. So what is this Team Packer?

Celi: Team Packer” is a covert Catholic strike team against supernatural evil, and Delilah is their secret weapon.

Celi: Delilah is assigned to infiltrate the Order of the Lightbringer, a Satanic cult that plans to make Pittsburgh a test site for the Apocalypse.

Liza: Pennsylvania...yeah I could see the Apocalypse starting there. So does she succeed at her new job?

Celi: Not exactly. Delilah’s identity is almost discovered, so Team Packer sends her to high school to hide out until things cool down.

Liza: Reminds of my childhood. I'd toss a glass of water on my mother and then rush off to school like demons from hells followed me.

Celi: You've stopped that, I hope, because books do not take well to having glasses water thrown on them.

Peep Rep: CelubutSuccolusCelb.... Can't do it.

Celi: Do you want to know about me or not?

Liza: Sorry Celi. Peep and I are prone to silliness. Please go on. Does she do well at school. I tended to get in trouble.

Celi: I believe you two have that in common. While Delilah may be reformed from her beguiling ways, she’s still very much a demon—and she hasn’t learned how to play well with others.

Liza: I think a counselor wrote the same to my wet mother once. *sighs* It's hard when no one gets you. How'd she get on? I can't imagine too well.

Celi: No, in fact, trying to fit in and keep a low profile at high school may prove to be a tougher battle than bringing down the Order of the Lightbringer.

Liza: Now you've got my curiosity up. May I respectfully peek beneath your covers and read a bit?

Celi: No water, no reading the last page, and no dog-earing the pages.

Delilah fled up the stairs with the men in business suits just behind her. Big,
athletic men, still coming fast after eight flights of stairs. Delilah had the body
of a sixteen-year-old girl—busty and curvy, with the seductive, dark-haired
good looks of a Hollywood teen—but not an athlete. Nonetheless, she pulled ahead of
her pursuers.

“Sitrep?” crackled the plug in her ear. “Please report your current situation.”

She spared no breath to answer; she had a healthy fear of the men behind her. At
times in the past, she had felt pain so intense and so prolonged that it would have driven
a normal human being insane. There would be even more if they caught her.

But she didn’t panic. It wasn’t time to go all out yet. Despite her speed, which was as
fast as any human being could climb stairs, she still wasn’t going as fast as she could. She
paced herself, breathing steadily.

She began to lag. From the echoes behind her, one pursuer was very close—no more
than a floor away. She turned her head just a bit to look down over the center of the
stairwell. The blond guy with the crew-cut looked straight at her, very calmly despite his
panting. His pistol aimed at her face.

Ignore the scenery! she told herself. Looking back had already cost her speed and distance.
She turned and pumped her legs harder, but too late. BANG. Pain exploded in her
back and blood blew out of her chest near the collarbone. The pain would have stopped
a normal girl in her tracks, but Delilah ignored it. Through and through, she thought.
Good. Better than if the bullet had lodged inside her.

“Delilah! Delilah! What happened?” the voice in her earplug asked. Don’t you know
a gunshot when you hear one, Steve, you moron? she thought. At the twenty-second floor, blood soaking her blouse, she saw more bad news:

ROOFTOP: NO ADMITTANCE
AUTHORIZED PERSONNEL ONLY

Delilah rammed the door with her shoulder at twenty miles per hour and banged
through it, tearing the lock out of its metal housing. She leaped up the stairs, bashed
through the penthouse door, and found herself on the roof of the Airport Sheraton,
twenty-three stories above Moon Township, Pennsylvania. It was a bright, clear summer
day. Toy-car traffic and ant-like pedestrians moved far below.

No other buildings to jump to. No aircraft in sight. Pursuers behind her with torture
and murder in mind.

She stood on each heel to force her shoes off, pulled off her slacks, and tore off her
blouse, leaving herself clad in underwear and socks. A thin, gold band circled her neck.
Like growing plants sped up by a time-lapse camera, immense black bat wings
emerged from her back and an arrowhead-tipped tail sprouted from her waist. She ran


to the low wall around the building’s edge, vaulted atop it, and leaped off into space.

***
Liza: Okay, that's nothing like my high school.
And even in my worst moments I don't grow tails nor wings.

Celi: That's because you are a human...of sorts, and Delilah is not.

Liza: Still, I like her toughness and refusal to give up. I think she'd make a good role model for Young Adult girls, except for the ramming doors and jumping off roofs. That won't go as planned for humans.

Celi: I concur. All ramming doors and jumping off roofs should be performed only by Delilah.

Liza: Well, I'm sure those who adhere to your advice will remain alive and want to buy your book. So reveal the Buy Links.

Celi: I'd like to thank my author for writing me. 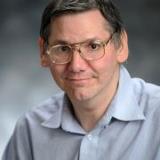 Liza: Yes, thanks, Barton, for sending over such a delightful book.