Today, Melissa Keir has offered to come over and entertain you while I hike Jess.

Just to ensure matters go well for Melissa, I've sent Peep Rep off to buy groceries...with no means to purchase them. It'll be hours before the police release him.

So here's the key to my house, Melissa, and have fun!

Sometimes writing a book is like cooking. When I sit down to write my story, I have a general idea of what I want. I’m just like that in the kitchen.
Tonight I wanted a delicious steak and potatoes dinner. I could smell the meat on the grill and hear the sizzle of the juices dripping. But sometimes things don’t quite go the way that I dream.

The grill runs out of propane and the steak has to be finished in the microwave (Yep, seriously happens a lot, even if you think you have enough propane).

Or the potatoes are soft and growing their own small potatoes. (I guess I shouldn’t have bought such a big bag and left them in the pantry that long.)

The best reason is that I get caught up in reading a book or chatting on Facebook and my steak becomes the next hockey puck—small, black and tough!

Have I made you hungry? Or are you trying to avoid getting invited to my house?

My stories are much the same way. I had a general idea for Forever Love…girl comes back to her hometown and connects with a lost love. The details along the way throw me for a loop.

The characters are bossy and do what they want instead of what I think they should do. In Forever Love, I didn’t expect the heroine, Syndie Wilder, would decide that her dad was more important than love. She almost walked away from the hot hunky firefighter, Thom Johnson. It’s like the ruined dinner all over again. I couldn’t have it! There wasn’t going to be a happy ending unless her father steps in. (or in the case of my cooking- Hungry Howie’s Pizza) J

Mr. Wilder is by far one of my favorite characters and is loosly based on my own dad. They both have a quirky sense of humor and love to cook Lake Erie Perch. So I had to have Mr. Wilder sit Syndie down and have a little talk with her about loss and not taking chances.

He’s wise beyond his years and even with his own dementia, Mr. Wilder sees that Thom is the man for her. The Happily Ever After is back on, the big proposal happens and love prevails.

I hope you will enjoy the eccentric family dynamics of Forever Love, the first book in the Wilder Sisters Series. And maybe, just maybe you’ll even consider coming over to eat at my place sometime…if I promise to check the propane. J 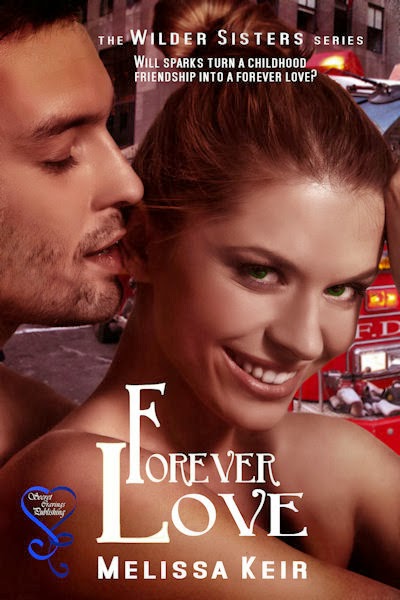 Fifteen years ago, Syndie Wilder left her small hometown- Amherst, Ohio- to escape the pain of losing her best friend and boyfriend. Deciding that Chicago offered more for an up and coming jewelry designer, she enjoyed the big city life until she chooses to return and care for her father. Taking care of her father and relocating her internet business, Syndie has no time or desire for romance but fate has a way of playing with best-laid plans.

Thom Johnson broke Syndie’s heart all those years ago and regrets it every day. As a firefighter, Thom sets out to protect Amherst and redeem himself for his bad choices. However, he never has forgotten Syndie and the hurt he caused her.

When a chance meeting happens, can the two former friends allow themselves the chance to become friends again, or will the sparks turn a childhood friendship into a forever love? 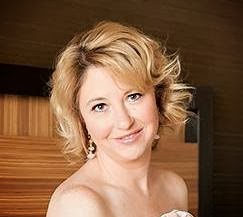 Bio: As a writer, Melissa likes to keep current on topics of interest in the world of writing.  She’s a member of the Romance Writers of America and EPIC.  Melissa is always interested in improving her writing through classes and seminars.  She also believes in helping other authors and features authors and their books on her blog.
Melissa doesn’t believe in down time.  She’s always keeping busy.  Melissa is a wife and mother, an elementary school teacher, a book reviewer, an editor for a publishing company as well as an author. Her home blends two families and is a lot like the Brady Bunch, without Alice- a large grocery bill, tons of dirty dishes and a mound of laundry. She loves to write stories that feature “happy endings” and is often found plotting her next story.

This is what readers are saying about Melissa’s books:

Amazon 5 star review for Second Time’s the Charm- “Such a sweet and heart warming story. As I read it, and the details unfolded, I was engrossed to see if that I thought was going to happen, would really happen.” – Lacey Wolfe, Romance Author.

Barnes and Nobel 5 star review for Protecting His Wolfe- “Great read. I couldn't put it down. I really liked the characters, especially Betsie and the Pigg brothers. A love story with suspense and surprise.” – Anonymous