Today, I interview a recalcitrant, difficult author. Why do I claim such?

Well, for one I was supposed to interview her book, only she decided to protect her book and asked to be interviewed instead.

As a compromise I told her she could answer THREE questions, but then she had to leave so I could interrogate...I mean interview her book.

And what does she do? Sends me a full interview on herself, but nothing about her book!  No book cover, no blurb, no excerpt, no links.

This is an experienced author, so I'm left to ask why. Then the answer hits me. She's fallen in love with her book and wishes to protect it from unstable people.

Well, so be it! If she'll go so such extremes to protect her book, I'll respect her wishes.

Peep Rep, get in here! You're interviewing Violetta Rand today. See if you can get her to talk about her book. She's evidently gotten my number.

Peep Rep: I get to interview again?

Liza: Yes, but get to it. You're running long and you haven't even begun. I'm headed out hiking with Jess.

Peep Rep: Today, I have the wonderful and very perceptive author, Violetta Rand on my blog. Violetta, please come in and make yourself comfortable.

Violetta: Thanks so much for having me. *Looks around* Where's Liza?

Peep Rep: Jess had to take her for a walk. But no worries, I've done this before.
So tell me, what is your favorite part of writing?

V: The power of creativity … did that thought really come from my brain? Why yes, it did. Which is really cool.

Peep Rep: Is there anything you don’t like about being a writer?

V: Unlike the other arts, writing is essentially a lonely process. I had this romantic notion after I first joined the RWA that we’d sit around a couple days a week typing away together. Wrong! That’s all right, my sister members are only a phone call away.

Peep Rep: What's the best piece of advice anyone has ever offered you about writing? /

V: The only thing you need to worry about is writing.

Peep Rep: What part of your book was the hardest to write?

V: That epic first sex scene… How far do you go without sounding gratuitous? I didn’t want it to be the typical set up. I wanted my heroine Noelle to be free to express herself and show her curiosity and excitement while maintaining her maidenly shyness.

Peep Rep: How'd your muse come up with this story?
V: To date I don’t have a muse. The stories are there, all the time.

Peep Rep: Describe the heroine in five words.
V: Noelle Sinclair:
Independent, obstinate, compassionate, irresistibly sexual (whether she knows it or not), and deeply religious


Peep Rep: Who's your favorite character in the book & why?
V: Definitely my hero, Randvior Sigurdsson.  He’s the quintessential Viking, but has a vision of what the future represents. He’s not afraid to embrace change if it means preserving his family line and the people who depend on him for survival.

Peep Rep: What's your favorite line in the story?

V: One of my favorite lines from Randvior…
“You little hypocrite,” he grunted. “You permit me to feel the joys inside your body and deny me the pleasures outside.”

Peep Rep: What event occurred in your life that has influenced your novels?

V: The hardships I’ve faced, especially during my childhood. I’ve been on my own since the age of fifteen. It gives you a different perspective when you lose those teenage years.

Peep Rep: If your main character had been allowed to write the novel rather than you, how would the story have been different?

V: A little more bodice ripping (not rape) and brutality—after all, we’re dealing with Vikings. In the end, developing Randvior as a visionary with compassion made him a more memorable character. My series is set during the end of the Viking Age, so its believable that in order to survive, my Viking would adapt to his political environment.

Peep Rep: How is your life different from Stephen King’s?

V: Let’s see … fame and wealth for starters (although I domiciled in Maine for a year). He can write whatever he wants, when he wants, and see it in print. As a novice, there are strict guidelines to adhere to. I don’t mind. I want my journey to be my own.


Peep Rep: If you had to live on a deserted island with one author, who would it be?

Peep Rep: Oh...Now see, Liza would tease you for going on island vacations with dead people? But I'm going to just move on to the lovely book cover I found in your email today. 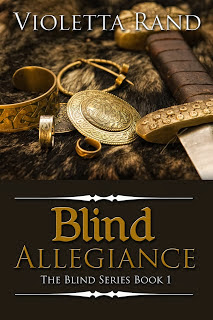 Peep Rep: That is one beautiful book cover.

Peep Rep: I found your blurb in your email. Ever since Yahoo decided it needed to be like Google mail, Liza can't find anything anymore. In fact, she's thinking about raising carrier pigeons to share documents. But I found the blurb and here it is!

It’s a risk of a lifetime loving a man you’re supposed to hate…
Betrayed by a brother she hardly trusted before the bloodthirsty Viking, Jarl Randvior Sigurdsson, attacks her home, Noelle Sinclair is conveniently bartered as a means to save her cowardly sibling’s skin. Forced to leave her homeland and accompany the petulant Viking to the untamed wilderness of central Norway, Noelle is ever-aware of the burgeoning dangers around her—including her weakening resolve to resist Randvior.
Should Noelle surrender to his resplendent charms and seduction, or fight with every ounce of strength she possesses to get home?

Peep Rep: That does sound good.
V: Thanks, I also brought an excerpt...

Last year,” Randvior continued, “a Christian convert named Olaf Haraldsson, returned to my country to claim the crown. He publicly professed his new faith and proclaimed the indisputable right to unite the country under the pope’s banner. Most jarls rejected his idea.”

“My kinsmen are fiercely devoted to Odin. We would never abandon centuries of tradition because belief in a new god was carried across the sea by a zealot long absent from his homeland,” he said. “There is always increased risk when a man’s ambition is driven by religious fervor.”

Noelle didn’t know what to say. People should freely choose what god they want to worship, and if Christ’s blood united nations, well, she would secretly celebrate it.

“Your religion will sweep the world and your god’s holy soldiers will kill anyone who gets in the way. Tension is building across Western Europe as I speak, and I believe your pope will eventually set his eyes on the holy land,” he said.

“Do you forbid me to practice my faith?”

“No,” he answered curtly. “But any open display of your vulgar traditions might draw unwanted attention, and may even prevent you from being accepted by the women. Women you will need on your side one day.”

“What traditions do you speak of?”

“Cannibalism,” he said plainly. “Eating the flesh and drinking the blood of your White Christ.”

Noelle looked at him incredulously. Had she heard him correctly? “You are greatly mistaken. We do not actually eat his flesh or drink his blood. Holy Communion is a sacrament, a symbolic gesture mandated by our Lord. Surely you don’t believe otherwise?”

Randvior smiled ruefully. “What I believe doesn’t matter. I’ve traveled the world and seen many things. My faith is unshakable. My tenants and thralls may not be so open-minded. Their worlds are much smaller than mine.”

“I made no such judgments concerning you.” Noelle knew she wasn’t going to be among her kinsmen or friends any longer, but this seemed ridiculous.


Peep Rep: Liza would have laughed at the cannibal comment. I'll share that with her later on. I made you pretty buy link from Amazon:

Peep Rep: I've asked Investigator Pup to find out more about you. Here's what he discovered. 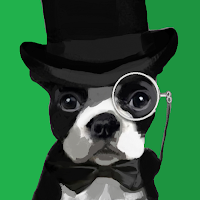 Violetta has been "in love" with writing since childhood. Struck with an entrepreneurial spirit at a young age, at five, she wrote short stories illustrated by her best friend and sold them in her neighborhood. The only thing she loves more than writing is her wonderful relationship with her husband, Jeff. She enjoys outdoor activities, reading whatever she can get her hands on, music, and losing herself in the ancient worlds she enjoys bringing to life in the pages of her stories.

Peep Rep: It's been a pleasure having you, do come again. Only next time we might need to communicate by pigeon carrier.

V: I hope not. I don't think they'll survive a flight to Alaska and back.

Peep Rep: Oh, that's right. I've watched the trucker show on TV. It gets really cold there. Well, perhaps the pigeon can ride inside the cab with a trucker.

V: Or Liza could just learn how to use the new Yahoo.

Peep Rep: Maybe... But I am happy to have had the chance to learn about your fabulous book and cannot wait to find Liza's credit card and buy it.

And peeps, please leave comments, or Liza will say I did a bad job.
Posted by Liza O'Connor at 12:00 AM