While the rich of the latter half of the 19th century could afford wet nurses, the doctors strongly encouraged ladies to breast feed their own children. However, the growing middle class & poor needed other ways to feed babies. They had to work. 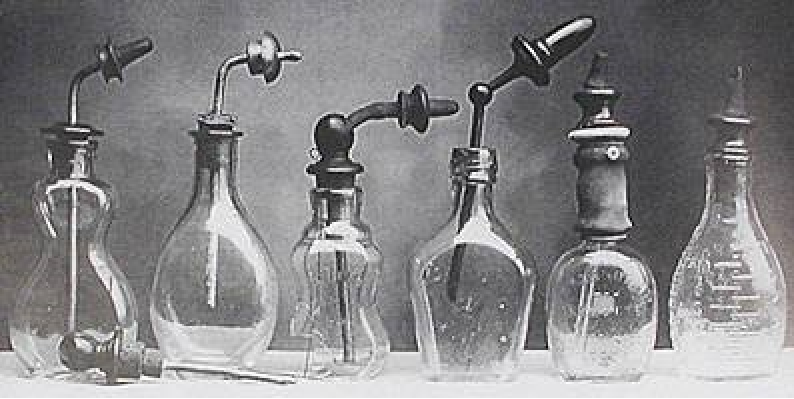 Various shaped glass bottles were created, all with a narrow glass mouth filled with a stopper. A length of Indian rubber tubing was inserted into the stopper, it's other end fitted with a bone mouth shield and a rubber teat.

Now all you had to worry about was the milk you put inside it. Yes, that was a problem as well. The milk sold back then was often tainted.
End result: The doctors were absolutely correct. Bottle feeding added serious risks to your baby's health.

In book 5 of the X & V books, Vic rescues a baby who is drinking from a bottle of sour milk. She convinces the uncaring mother to give up the child and let her find it a good home. Vic gives it to her sister along with a healthy wet nurse.
Posted by Liza O'Connor at 12:00 AM