Murphy's Law has returned with a new cover and a new tag line, but the same fabulous Jennifer Lowery that we dearly love! 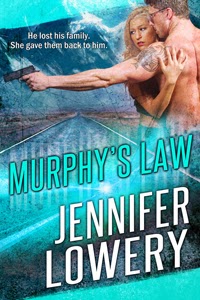 He lost his family. She gave them back to him.

Home is the last place Jon Murphy can go. After being held captive in Azbakastan, he returns to the States only to find he can’t face his mom and sisters with what he did while he was a prisoner, so he retreats to the mountains.

Widow Sara Sheldon has made a lifetime of mistakes and is now running scared from her husband’s powerful family, who are determined to take her daughter away from her.
When her little girl goes missing in the Rockies, Sara enlists the only help she can find: a gruff recluse with tracking skills to admire and a body to covet.

A storm strands Sara and her daughter at Murphy’s cabin, leaving her no choice but to hope her in-laws don’t catch up while she plans where to run next. Murphy resents the invasion of his privacy, but can’t seem to keep his mind--or his hands--off Sara. How can she stand to look at him, with all his scars? He’s not nearly as honorable as she might think…only enough to make sure she’s safe, and then he’ll go back to being alone, the way he should be.

Copyright © 2014, Jennifer Lowery
Murphy sat at the kitchen table, half in the shadows created by the soft light glowing above the stove, hair tousled from sleep. Naked to the waist. A bottle of amber liquid sat in front of him, an empty glass in his hand. Her gaze landed on his muscled shoulders and trailed across his tanned chest. So much for getting him out of her mind. Now she had the real thing to dream about. Looking at the dark hairs that veed down his chest and disappeared behind the table, she decided he’d been right. He was a dangerous man.

She tore her gaze away from temptation and looked at the granite lines of his face. Beneath the hardness of his expression, something haunting lingered. Drawn, she circled the table to the opposite end.

Murphy met her eyes with coldness that should have sent her running for the safety of her room, but she remained standing in place. He wanted to chase her away. This time she wasn’t running.

“Mind if I join you?” She grabbed a glass and from the cupboard and reached over his shoulder for the bottle.
His hand snaked out and wrapped around hers, preventing her from pouring a drink.

Scowling, he let go of her hand and allowed her to pour a glass for herself. She refilled his glass next, set the bottle on the table, moved to the chair beside him and sat, lifting her glass.

“Cheers.” She brought the glass to her lips. His gaze as she drained the glass made her fight the urge to cough as the fiery liquid burned its way down her throat. Seconds later she felt the familiar warming sensation as it numbed her insides. Her eyes filled with tears. She blinked them away and reached for the bottle.

Murphy held it away from her. “What are you doing?”
“Having a drink. I’m not in the mood for warm milk tonight.”

His eyes darkened and narrowed. “You don’t strike me as the drinking type.”

She wasn’t, but tonight it sounded good. Maybe it would soothe away her problems and make her forget how screwed-up her life was. Talking about Kent earlier had brought back painful memories. She didn’t want to feel that misery anymore.

“Maybe you don’t know my type,” she said.

He studied her closely for a moment before rubbing a hand over his face. “Go back to bed, Sara. Sleep it off.”

“I don’t want to sleep it off. I’m tired of thinking about it.”
Maybe it was the whisky, or his naked chest, or the part of her that had been dormant for six years coming back to life. More than anything she wanted to discover it with Murphy, her strong, scarred hero.

She rose to her feet. He watched warily as she stepped in front of him and positioned herself between him and the table. He leaned back in his chair and sent her a thunderous look.

“You and I are alike in many ways, Murphy,” she said softly. “We’ve both lost pieces of ourselves we can’t ever get back and it has forced us into a life of loneliness and solitude. I don’t know about you, but I’m tired of being alone.”

He pinned her with a hard glare. “I’m not what you want. Go back to your room before I do something we’ll both regret in the morning.”

“I’m tired of people telling me what I want.”

This is what people are saying about Murphy’s Law:
I highly recommend this book to anyone who enjoys Cindy Gerard, Tara Janzen, or Cherry Adair series. Each of these writers have the same flavor with a secret ingredient in their stories as does Jennifer Lowery. Great story!
- hmhibbit, Open Book Society on Murphy's Law

Jennifer Lowery grew up reading romance novels in the 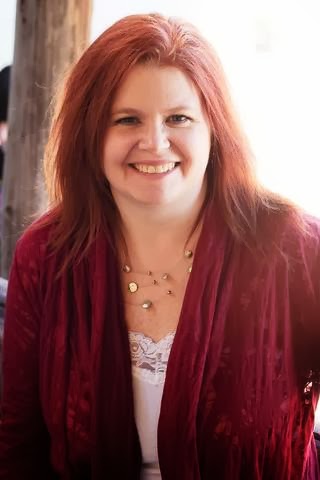 back of her math book and on the bus to school, and never wanted to be anything but a writer.  Her summers were spent sitting at the kitchen table with her sisters spinning tales of romance and intrigue and always with a tall glass of ice tea at their side.


Today, Jennifer is living that dream and she couldn’t be happier to share her passion with her readers.  She loves everything there is about romance.  Her stories feature alpha heroes who meet their match with strong, independent heroines.  She believes that happily ever after is only the beginning of her stories. And the road to that happy ending is paved with action, adventure, and romance. As her characters find out when they face danger, overcome fears, and are forced to look deep within themselves to discover love.

Jennifer lives in Michigan with her husband and two children.  When she isn’t writing she enjoys reading and spending time with her family.