Today, I'm letting
Allyson Lindt
run a muck on my blog
She's got an Anthology of Geeks
and I love Geeks

Take it
away Allyson!

On December 19, 2013, I released the
final book in my Bits & Bytes contemporary romance series, Learning New Tricks. The entire series
was a blast to write, and it was bittersweet to leave those characters behind.

But I am giving them all a new chance at
a new distribution channel. I’ve decided to compile all four books into a
single print anthology, available March 15, 2014. After working with the
fabulous talent at EDH Graphics
(link to http://edhgraphics.blogspot.com/), she’s come up with an amazing cover
to encompass all four books.
Learn
More: http://www.allysonlindt.co/bits-bytes/

I’m also kicking off a month long blog
tour to celebrate the entire Bits & Bytes series. Every week will offer
insight about a different book in the series, reviews, and a giveaway. And on
top of that, there will be a grand prize at the end of the tour for a Kindle
Paperwhite. A list of participating blogs can be found here: http://goddessfishpromotions.blogspot.com/2014/02/virtual-book-tour-bits-and-bytes-series.html,
If you comment on this blog, and make
sure to click all the right boxes on the Rafflecopter, you’ll get your first
round of entries today. 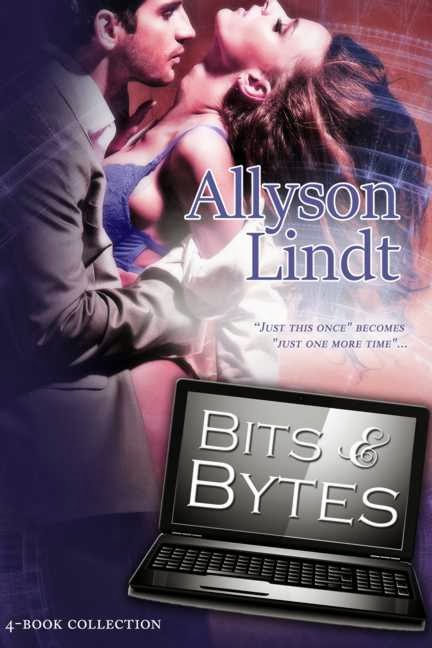 Holding
Her Close
Zach Johnston knows one thing: ex-girlfriends
are a headache he doesn’t need. Problem is, his first love—and the one women he
never got over—Rae Nielson, has the only solution to a corporate takeover
threatening the company he built from the ground up. Can he trust her enough to
risk his heart and livelihood, or will experience convince him to walk away
from everything?
Learn
More: http://www.allysonlindt.co/bits-bytes/holding-her-close/

Conflict
of Interest
Kenzie Carter’s job in publicity is the
perfect outlet for her love of order. All of her clients appreciate it, until
she meets Scott McAllister. He thrives on chaos and has built a software empire
from his love of gaming. When their worlds collide, the boardroom and bedroom
ignite.
Learn
More: http://www.allysonlindt.co/bits-bytes/conflict-of-interest/

Toeing
the Line
Zane Petrov’s time in the Air Force
doing electronic surveillance has taught him a thing or two about keeping
secrets. But when his best friend, Riley Carter, finds out what he’s kept from
her, their “with benefits” relationship won’t be what threatens their growing
feelings for each other.
Learn
More: http://www.allysonlindt.co/bits-bytes/toeing-line/

Learning
New Tricks
Archer Yates is struggling to keep his
comic shop from an epic crash and burn. Tori Rothschild would just be happy not
to surrender her sanity to corporate America. A quick fling should be the
perfect stress relief—as long as they both remember not to get attached.
Learn
More: http://www.allysonlindt.co/bits-bytes/learning-new-tricks/

“Do you want a lift?” Scott
asked.

Her footsteps slowed, and she
pulled away. “In the love van?”

He spun to face her, not sure
what to make of the comment. She’d nicknamed his car? Fascinating. “Excuse me?”

She nodded at the Escalade in the
back of the parking lot. “That one’s yours right? The Game God license plate?
The tinted windows meant to keep out even the most penetrating light?”

She knew what the G4M3G0D on his
plates meant. She was full of entertaining surprises. He bit back the urge to
joke about the word penetrating. “That’s it, but love van, really?”

She fell into step beside him
again. “No one’s ever accused you of that before?”

“Not to my face. Interesting
assumption.” He moved closer, letting his bare arm brush hers.

“No worse than deciding I was
reading some bodice ripper inside.”

He stopped at his SUV, spinning
to face her and leaning back against it, one foot propped up on the rubber strip
running along the bottom of the door. He looped his thumbs in his pockets.
“Fair enough. We’re even on the inappropriate assumption front then?”

She kept her distance but didn’t
seem in a hurry to leave. “I didn’t know we were keeping score.”

A gust of wind tore through the
parking lot, whipping her ponytail into her face. She hugged herself and
shivered as the clouds devoured the last traces of direct sunlight.

Don't forget to join the rafflecopter

Allyson Lindt is a full-time geek 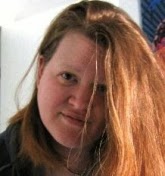 and a fuller-time contemporary romance author. She prefers that her geeky
heroes come with the alpha expansion pack and adores a heroine who can hold her
own in a boardroom. She loves a sexy happily-ever-after and helping deserving
cubicle dwellers find their futures together.