Anyone that’s knows me should be aware of my motto: “I don’t do drama, I only write it!” Yes, that’s me, Janice G. Ross. You see, I aim to live a stress free live and am quick to walk away from anything that challenges that goal. But I do believe that everyone had the potential to call out drama as needed. In my case, I love to read and I LOVE LOVE LOVE to write; therefore, what better way to add a bit of drama to my life than through my characters. The biggest benefit of doing so include is that no matter how much havoc you wreak; it cannot effect your day to day. Isn’t that glorious?

In my writings, I’ve taken serious topics and not so serious topics to create a range of stories. Through each of these storylines, I’ve tried to infuse various levels of drama, in order to make the overall novels realistic. When writing dramatic scenes, I think about the very opposite of what I might do and I make my characters do just that. Remember my motto…I don’t do drama, I only write it! I reason through the totally unreasonable behaviors, even attempting to push these individuals well beyond. I try to force myself to think about all the anger and all the troublesome thoughts that could potentially creep up in the minds of my “drama queens”. In doing so, I channel my inner drama queen and force the hands of my characters. Here’s a sample of me doing just that: 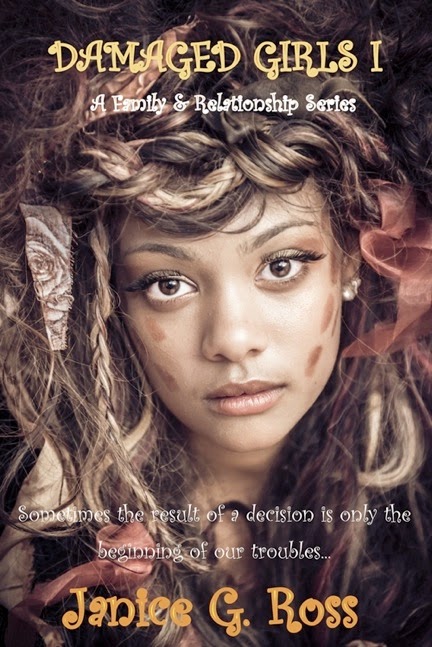 The hour was nearing 1:00 a.m. A new day, different home, and different circumstances; the past could be dashed aside in the matter of seconds as the impending threat reappeared. With the phone silenced, he was okay. But the door was a different tale, for soon all would be revealed.

Quickly, he approached the door and swung it inward. On the verge of another explosion, Jessica halted. On the lower steps to the home, one foot was firmly in the air. The thrashing was not by hand, rather by the slithery sandals. She immediately placed the weapon to the ground. He looked down upon battling eyes, his expression churned with sympathy. Their eyes locked.

“It’s time to come home, Stevie.” Rage was no longer her driving force. There emerged gentleness in the words, yet disaster-twitched lips and wet eyes refused to liberate the floods.

His answer was simple. “Jessica, you do what you want. I’m not going anywhere.” He wagged his head from side to side, mockingly twirling the glass of deep-brown liquor.

“It’s not my fault, baby.” She paused for a further reply. “Let’s go home and discuss this. Please, Stevie?”

“No. You need to go home. When I’m ready we’ll discuss what needs to be done with my home and your business. You’re not going to hold that over my head forever.” Perhaps the effects of the wine helped to reinforce his strength. He openly smirked, nodded his head, and clicked his tongue. When he stepped back to shut the door, she plunged forward with a fierce force. The glass of wine was unwillingly thrown from his hand.

Otherwise he remained unaffected by her paltry attempts at brutality.

From behind him, at the top of the inside stairs, Jillian approached as a witness to the unsavory scene. “Stevie, what’s going on here?” Fear overrode uncertainty as she rushed down the stairs.

“Get out of my house before I call the police!” Jillian’s feet barely pounded on carpeted stairs.

“Go back to bed, Jillie. I can handle this.”

“No, Stevie, enough is enough. I don’t want her here.”

Jessica turned all hatred in the direction of the descending foe.

Barely paying attention to her manner of travel, Jillian slipped midway up the steps. Her head twisted and her sides lashed against the wooden staircase handle, yet in her scramble to rebalance herself the back of her head collapsed against the steps causing her entire body to crumble under the force.

Stevie rushed over to assist.

Stevie was no longer concerned for Jessica’s feelings. He only focused on what was right at the moment; and at this moment his emotions circled the woman who was now in his arms. Jillian was dressed in one of his loose red and gray boxers and a white tank. Her chest
heaved in full force as curling lashes fluttered open and shut.

“Baby, talk to me.” His words plucked with mounts of fear. He finally turned to Jessica and commanded, “Call 9-1-1.”

When she refused to respond right away, he barked the orders again, “Call 9-1-1, now! The phone’s over there.” He motioned with the tip of his chin.

A flood of moisture caught his attention. As he lowered his head in examination, he noticed a drop of red on
the carpet directly below them.

Janice Ross was born in Guyana, South America and

migrated to the USA in 1980. Although her citizenship certificate now reads the United States of America, she considers herself a citizen of the world. Sure
she has not physically been around the  world and back, but she’s travelled in her mind and dreams.

Janice is an author. She enjoys writing about social issues and personal experiences. Janice’s debut release was entitled Damaged Girls. She uses the three books in that series to detail the effects of different forms of abuse, discussing issues that are known to be taboo. Her next release, Jumping Ship, is a dedication to her country of birth and an introductory novella to the Island Hopping Series – due out in 2014. It’s poised to be a colorful and emotional experience of life, love and family. As of present, she is also a contributor to a short story collection – Just Between Us, Inspiring Stories by Women. And lastly, Loving Nate is a novella about the realities of losing one’s self to love.

Janice is also a devout supporter and promoter of other authors through social media. She hosts a weekly show, Cultural Cocktails, on the largest social radio network, Blog Talk Radio.