Today, we have the multi-published romance author, Amber Lea Easton here to talk about her book Dancing Barefoot.

Peep Rep: Hope she's dancing alone, because otherwise, she'll have aching toes from being stepped upon.

Liza: She's definitely not dancing alone, but before you ask me more questions, let's check out the book. 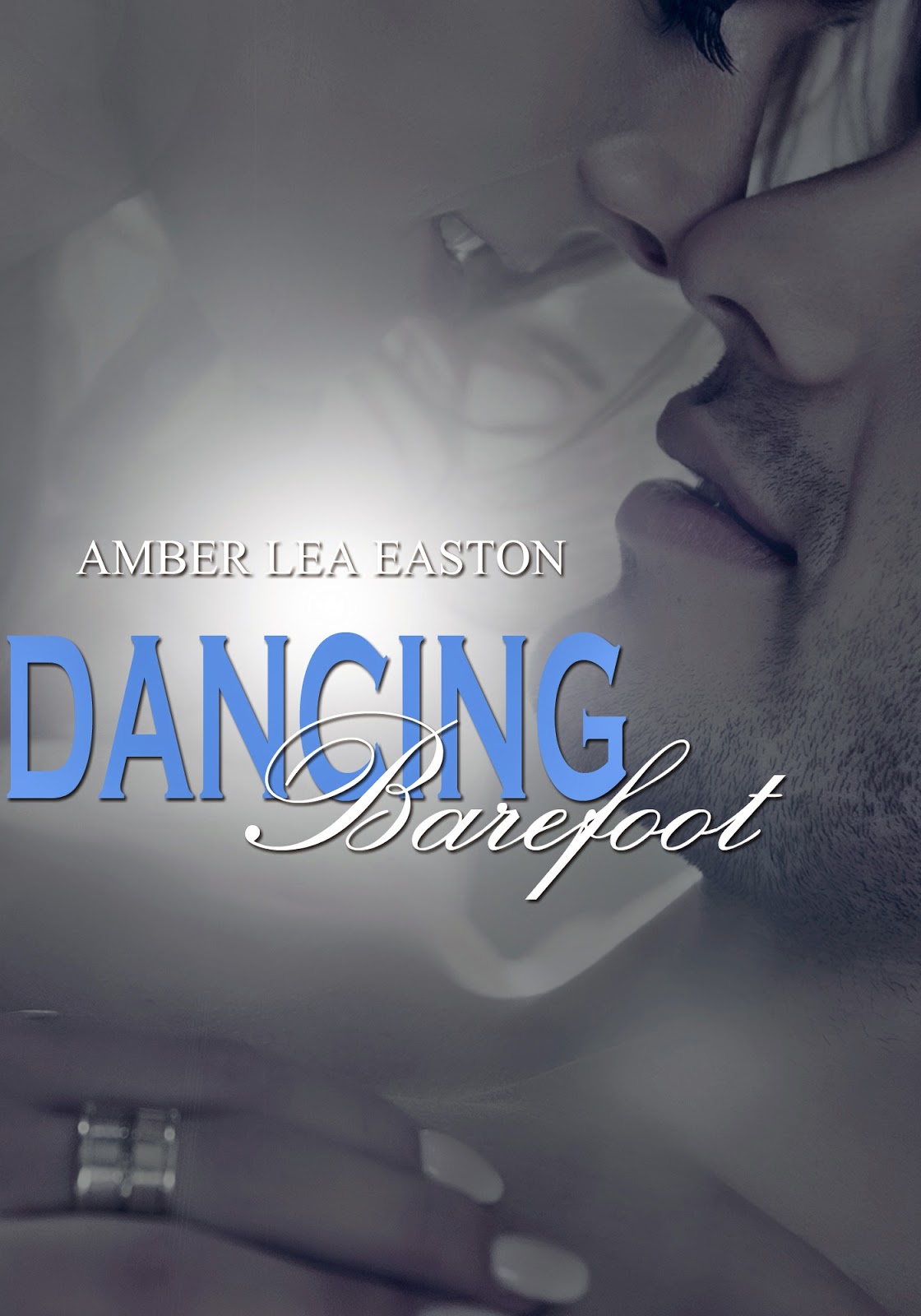 Jessica Moriarty appears to have it all—a successful career as an architect, a loyal group of friends, a gorgeous apartment, and an on-again-off-again affair with Boston's most eligible bachelor. Behind this “perfect life” façade, Jessica hides the loss she feels over giving up her dream career as an artist, copes with a destructive relationship with her alcoholic mother, and struggles with heartbreak over a lost love.

Jacques Sinclair only needs his cameras, a backpack, and a good pair of walking shoes. A world-renowned photographer, he is a man without boundaries. Despite fame and fortune, he still yearns for the woman who shattered his heart when she vanished from his life five years ago.

A chance meeting brings Jacques and Jessica back together. Reunions aren't always planned or welcomed, but chemistry has a way of revealing what is denied. Ensnared in a web of sabotage and conspiracy—carefully constructed by people who want to control their lives—Jacques and Jessica struggle to trust each other, break free from the status quo, reclaim their love, and build a life of extraordinary possibility.

A TASTE OF EARLY REVIEWS

4 stars via Avid Reader
"I loved this story.

It was refreshingly honest, brutally tragic, and at times lyrical in it's flow. Their connection was so intense that as I read it, I was like this absolutely cannot survive. Love this intense and in your face has a slow burn to it, and will torch everything in i's path until it is stamped out...There was nothing contrived about it. I felt like I was literally a fly on the wall and this was happening in reality and not fiction land. I liked them both, probably one of the best couples I have ever read."...read entire review http://goo.gl/R191Sa

5 stars via ChristophFischerBooks
"Conflicting emotions and insurmountable chemistry cause both of them to reassess the past, their current lives and priorities. Easton shows the magnetic and hypnotic effect of physical and emotional attraction very well and the gradual crumbling of outer facades and deep inner resolve. This is a romantic fantasy written in a convincing and heart warming manner and with enough complications thrown in to make for a very entertaining and gripping read."...read entire review http://goo.gl/R191Sa

She stood on the threshold of the bookstore dodging patrons and pedestrians. Ten past seven. Regret sagged her knees. For the second time in her life, she labeled herself the Queen of Self-Sabotage. As if leaning against a fierce wind of remorse, she pushed the door open, and forced one foot in front of the other.

“I’m looking for Jacques Sinclair.” She forced the words from a too-dry throat.

“I’m sorry, you just missed him.” The employee didn’t look up from the stack of books she arranged on a table.

Missed him.  She nodded without truly understanding how she could have undermined herself like this. Again. “He’s really gone then?”

The girl worked as if she hadn’t spoken, head down, oblivious.

Her gaze connected with the cover of Jacques’s book.  Legs heavy and unsteady, she maneuvered toward the display until she touched the cover with her fingertips.

Closing her eyes, she smelled the overpowering scent of the roses, felt the early morning breeze against bare skin, sensed him moving behind her, tasted him on her lips, heard the low sound of his voice saying her name.

“Excuse me, do you know if Mr. Sinclair is staying in Boston tonight?”  she asked.

The woman looked at her as if she were a stalker. “He probably went back to New York. His gallery exhibit isn't until next weekend.”

“Back to New York?” Information overload crashed her system. So close. The same side of the Atlantic.  She braced herself against the counter.

“He lives in New York,” she answered as if speaking to a small, slow child.

“Right.  He has an exhibit next Saturday. I saw that in the article...what gallery?”  She handed over her credit card and blinked at the cover again.

Breathing ceased again and she silently cursed Fate. Her friend Miranda owned the Bliss Institute. What was happening? Did Jacques know that? Of course not, how could he? She felt like an insane woman on the precipice of a major nervous breakdown.

“Are you all right?”  The woman grabbed the book and slipped it into a bag.

“Perfect, never better.”  She needed a martini…she’d give her life for a martini. Oblivion sounded like heaven right now.

The girl handed her the receipt before stepping away as if afraid of catching the insanity bug.

Six weeks. Jacques planned on being in Boston for six weeks.
Laughter from upstairs halted her retreat. As if dragging her legs through mud, she walked toward the stairs. With every step, memories overpowered her. Laughing in bed with rain falling outside open windows, whispered secrets in the dark, sharing wine directly from the bottle, feeding each other bread with their fingertips.

Him asking her to marry him, her saying yes.

Her throwing it all away for reasons that now seemed meaningless.

“We should go, Jacques. We’re running late. Miranda's already at the restaurant.”  A stick-like man with shaggy brown hair and black-framed eye glasses appeared at the top of the stairs.

She stood on the bottom step, one foot poised to ascend, her hand on the railing and blocking the way.  She clutched the bag to her side and turned to flee.

She gripped the railing and looked up at him.

Jacques stood at the top of the stairs, blond hair falling across his forehead and skimming his ears, different from the picture on display, more like it had been when they'd known one another, shaggy and disheveled. Emerald eyes snapped with fire as his gaze raked over her from head to foot. A cobalt blue shirt had been stuffed into black jeans, half in the waistband and half out as if he simply didn’t give a damn.  He’d rolled the sleeves to his elbows, exposing tanned forearms, and a leather bracelet twisted around his left wrist. He walked toward her like a predator who’d cornered his prey. Slowly...surely. Sexuality oozed from his pores with every step he took.

She stepped back and swallowed the rush of saliva that flooded her mouth.

He stopped two stairs above her. “Running away from me again?”

Link to the prequel, In Between: an Italian love story, that is a permanent free read on the author blog (14 chapters total): http://goo.gl/T9XCOj

Amber Lea Easton is a multi-published fiction and nonfiction author. Smart is sexy, according to Easton, which is why she writes about 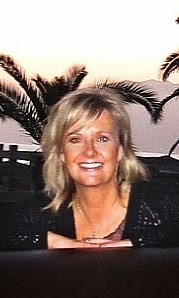 strong female characters who have their flaws and challenges but ultimately persevere. She currently has six contemporary romance and romantic suspense novels out in the world: Kiss Me Slowly, Riptide, Reckless Endangerment, Anonymity, In Between, and Dancing Barefoot. Her memoir, Free Fall, is dedicated to suicide prevention, awareness, and helping others navigate the dark journey of grief.

In addition, Easton works as an editor, freelance journalist, and professional speaker. She speaks on subjects ranging from writing to widowhood. Some of her videos on romance writing have appeared on the international Writers & Authors television network. Current radio appearances are linked via her author website, http://www.amberleaeaston.com.

Easton currently lives with her two teenagers in the Colorado Rocky Mountains where she gives thanks daily for the gorgeous view outside her window. She finds inspiration from traveling, the people she meets, nature and life’s twists and turns. At the end of the day, as long as she's writing, she considers herself simply to be "a lucky lady liv'n the dream."


Peep Rep: Pssst Amber. May I ask you a question?

Amber: Sure Peep Rep, what is it?

Amber: While writing this story, I listened to a lot of U2. One of their songs is called 'Dancing Barefoot' where they sing of spinning ceaselessly and losing gravity. "Oh God I fell for you" is one of the lyrics. It truly struck a chord within me—no pun intended. In fact, I've included the lyrics to the original Patti Smith song on the dedication page of the novel.

Peep Rep: I hadn't heard that song, so I found a youtube on it. You know, they've got a youtube for everything.


But if you don't mind, can I have the lyrics, because I don't understand half what these guys say.

Amber: Not a problem.
Here are the original lyrics sung by Patti Smith, later redone by U2.

Liza: Thanks for stopping by and sharing your wonderful book with us, Amber. Come back anytime.
Posted by Liza O'Connor at 12:00 AM