Today, we have Catherine DePino for a Liza Behaves Interview about her book Elliot K. Carnucci Is a Big, Fat Loser.

Peep Rep: Cool! I can win that and the office wager going on that you cannot behave for the length of an interview.

Liza: First off, since when did you get an office and who besides you is there?

Peep Rep: It's just me and your dog Jess in the solarium.

Liza: Jess has no money.

Peep Rep: Which is why we need you to wager that you will behave, so when you don't, Jess and I will finally have money. Plus, we might win $20 from Catherine as well.

Liza: That will be my only shot of getting paid, but let's do it. The interview starts now.

Liza: Welcome, Catherine. So tell me, how'd you come up with this story?

C: First, I wondered what a bully might say to a bullied teenager whom I envisioned as Elliot. That’s how Elliot K. Carnucci is a Big, Fat Loser became my title. Then I pictured Elliot in my mind and gave him free rein to talk to me. (By the way, he looks very much like his picture on the book cover.)


Liza: Poor kid. I want to give Elliot a hug.  What part of your book took you most out of your comfort zone?

C: Much of the story takes place in Elliot’s dad’s funeral home. I spent time researching the business to learn about its rewards and frustrations. I have to say that some of what I found out was a little scary, so much so, that I stopped doing research at night. However, I learned that most people in the profession are sensitive, caring professionals who have learned not to let it bother them that they deal with death every day. In the story, Elliot’s father becomes preoccupied with his work and sometimes loses sight of Elliot’s need to talk to him about his bullying problems. However, Elliot respects what his father does for a living and wants to follow in his footsteps despite his mother’s disapproval of his career choice.

Liza: It sounds like you might have been breaking into funeral homes at night for research. That would scare me too. What part of your book was the hardest to write?

C: When Elliot visits his friend and mentor, Mr. Boardly, in the hospital, he has to come to terms with the fact that Mr. Boardly may not survive his serious illnesses. I did not even want to entertain the possibility that Elliot’s friend might die. I felt very close to the character and felt sad when I had to write the scene in which Mr. Boardly talked to Elliot about helping him plan his funeral because of the possibility that he may not survive his cancer and heart problems.

Liza: You are a stronger author than I. It turns out I cannot kill a character I love. I go into morning if I try. But let's get back to the living: Describe the hero in five words.

Liza: And how did he come to be all that?

C: I wanted to give them interesting backgrounds, so the father became a funeral director, and his mother had to be an actress because of her love of drama and excitement. To further complicate the plot, I made Elliot the son of divorced parents who also lives with his bossy but lovable grandmother, Nonna.

C: I like Elliot best because even when he’s facing bullying, he has time to show love and compassion to his friend and mentor, Mr. Boardly, the school custodian. At the same time, he’s an ordinary kid who has run-ins with his family, but deep down you can tell he loves them. He represents many kids I’ve met in the classroom, kids who struggle on a daily basis and fight hard to find solutions to their problems.

Liza: If your main character had been allowed to write the novel rather than you, how would the story have been different?

C: I believe it would have been exactly the same. I felt that I was able to get inside Elliot’s head when I wrote the book. He talked and I listened, trying not to change anything he said or did during his bouts with bullying. Sometimes I felt like nudging him and telling him to move faster in devising ways to solve his problems, but I ultimately found that letting him move at his own pace was the best way to go.

Liza: That was thoughtful. What about the other characters? Did you get along with them?

C: Sometimes I felt like telling Nonna, his grandmother, to stop being so pushy with him, but to do that would not have been true to her character.

Liza: What other changes did you consider?

C: I thought about reuniting Elliot’s parents by the book’s conclusion, but then I knew that given their strong conflicts it wouldn’t be realistic to do that. However, I left the door open for a reconciliation in case I want to write a sequel.

Liza: Just for the record, you are the first author who has ever claimed the story would be the same if your character got to write it instead.

Now for a bit of fun. If you met an alien from outer space, how would you explain what you  (as an author) actually do.

C: I’d tell the alien that I make imaginary people come alive in books. I’d explain how the characters take over my brain and beg me to tell their stories. After I got to know the space creature, I’d ask, “What’s your story?” and start writing it while the information was still fresh. I’d also ask the alien to hang out with me and ask about his or her alien nation and what life is like there.

Liza: And finally, what is your next book project?

C: I’ve recently published Fire Up Your Life in Retirement: 101 Ways for Women to Reinvent Themselves, a book for soon-to-be retired and retired women. I’m thinking of writing a book for middle and high school kids about how to get along with the adults in their lives. Someday I may write a sequel to Elliot, exploring what happens to some other kids in his school who face bullying. They’ll all get together at the funeral home with Elliot and his friends to help each other find answers.

C: I’d also like to say that I’d love it if your readers would let me know how they liked Elliot K. Carnucci is a Big, Fat Loser. If anyone would be willing to write a review for Amazon or Barnes and Noble, I’d greatly appreciate it. 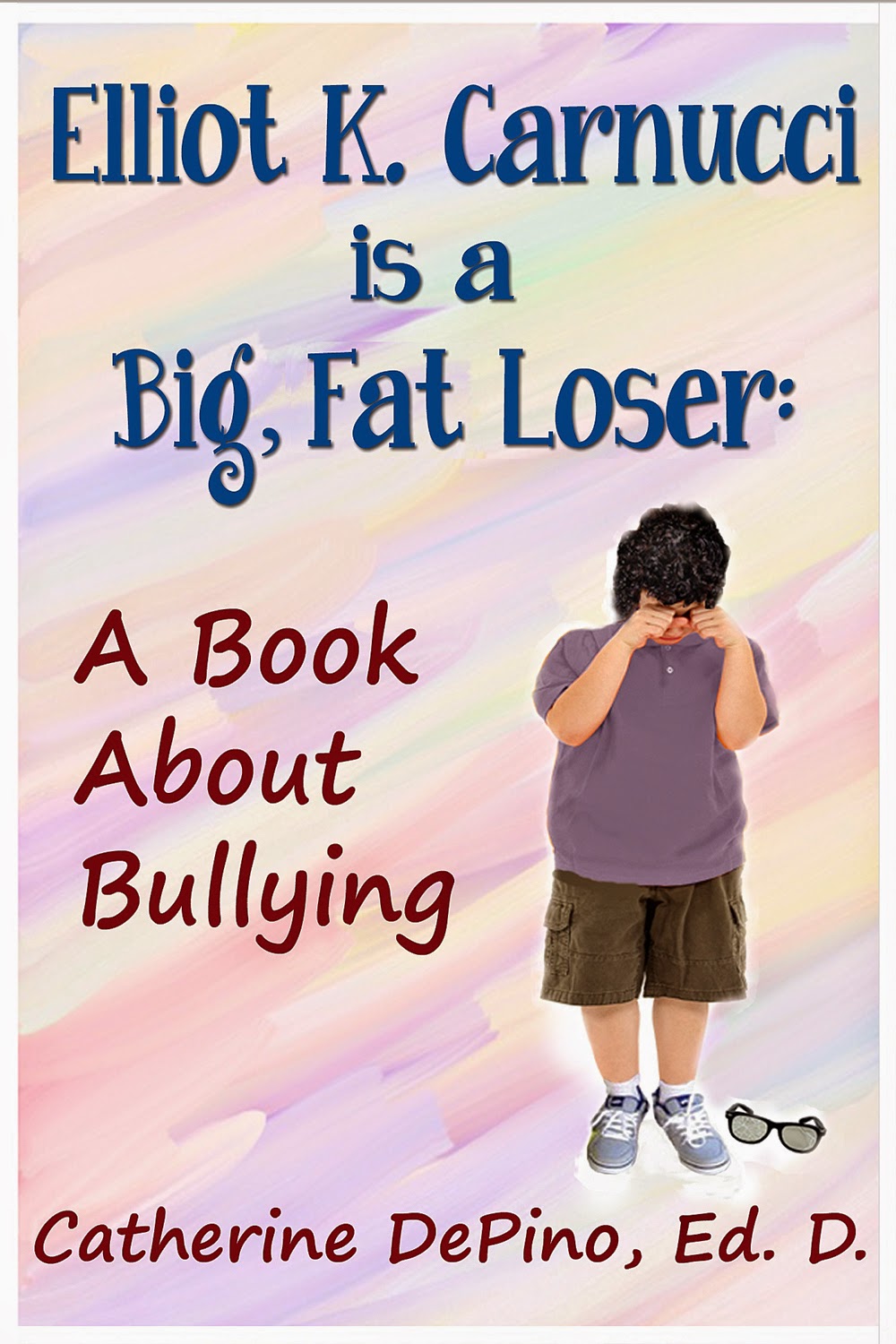 Elliot K. Carnucci is a Big, Fat Loser: A Book about Bullying
by Catherine DePino

The kids at Ralph Bunche Middle School love to pick on Elliot Kravitz-Carnucci. He struggles with his weight, looks like a geek, makes top honors, and lives above the Carnucci Home for Funerals in South Philadelphia with his distant, workaholic father and Nonna, his quirky, overbearing grandmother.
Since his parents divorced, he splits spending his time with his funeral director father and his mother Rayna, who dreams of becoming the queen of commercials on the west coast.
At the hands of his peers, Elliot experiences a series of bullying episodes that escalate from entrapment in a school supply closet to a brutal “swirly” (head dunk in the toilet) that lands him in the hospital emergency room.
Elliot has a small circle of loyal friends and a mentor named Duke, an aging school custodian, who root for him to overcome his bullying issues so that he can enjoy his life as a teenager and a budding singer/performer. Can Elliot win his fight against the nasty bullies, or is he doomed forever? Read this funny, sad, and crazy book to find out.

“Help–I can’t breathe–let me out. Somebody help...”

I pounded the inside of the musty supply closet until my knuckles turned blue. Did anybody even have the key?
What if they don’t come? What if I’m trapped here all night?
I could hear loud voices and laughing, so I knew Kyle Canfield and one of his friends from the basketball team were there, waiting to see if I would cave in and plead for mercy.
The bell blared. Classes changed. Kids stampeded through the halls. Then, silence.

Finally I heard someone shout, “I’ve got the key, Doc.”
“Thanks, Duke,” Doc Greely, the assistant principal, said to Mr. Boardly, the man who’d sprung me loose.

Mr. Boardly, the head custodian, better known as Duke, offered me his arm, and I stumbled out of the closet. He was as thin as his mop handle, but all muscle–no flab like me. A scruffy white beard covered half his face.
He slammed the closet door shut and bolted the lock. “One of the hall guards reported noise coming from this area. We came as soon as we heard.”
Duke patted my shoulder. “Let me know if I can help, Elliot.” I could hear his keys clanging as he walked down the hall humming “Duke of Earl,” that old sixties song he loved. That’s where he got his nickname.

“Up to their old tricks again, Elliot?” Doc asked on the way to his office.

Amazon
Elliot K. Carnucci is a Big, Fat Loser:
A Book About Bullying 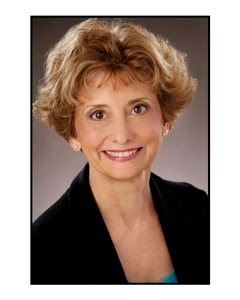 Catherine DePino has sold thirteen books for parents, teachers, and children to mainstream publishers. She self-published her fourteenth book, Elliot K. Carnucci is a Big, Fat Loser: A Book About Bullying because she wanted to give it a wider forum. Her background includes a BS in English and Spanish education, a Master’s in English education, and a doctorate in Curriculum Theory and Development and Educational Administration from Temple University. The author worked for many years as an English teacher, department head of English and world languages, disciplinarian, and curriculum writer in the Philadelphia School District. After this, she worked at Temple as an adjunct assistant professor and student teaching supervisor.

Catherine has also written articles for national magazines, including The Christian Science Monitor and The Writer.

For many years she served on the board of The Philadelphia Writers’ Conference.  She holds membership in the Association of Children’s Book Writers and Illustrators.

Her new self-help book, 101 Easy Ways for Women to De-Stress, Reinvent, and Fire Up Your Life in Retirement,appeared on the market in March, 2014.

A couple of Links:

Fire Up Your Life: 101 Ways for Women to Reinvent Themselves

Elliot K. Carnucci is a Big, Fat Loser: A Book About Bullying

Excuse Me, Your Participle’s Dangling: How to Use Grammar to Make Your Writing Powers Soar

In Your Face, Pizza Face: A Girl’s Bully-Busting Book

101 Ways to Help Preschoolers Excel in Reading, Writing, and Speaking

Blue Cheese Breath and Stinky Feet: How to Deal with Bullies

This is your last reminder to leave a comment for your chance to win $20.