Today, I have cleaned off my couch and invited Jenna Jaxon over to give you a serious lecture about sex. Quiet down. You need to know this in case you ever wake up and find yourself in the middle ages.
And if you are very good, then she might even tell you about the final book in her Medieval Romance Trilogy: Beleaguered.

Nothing New Under the Sun…Sex and the Middle Ages

While I was writing the Time Enough to Love trilogy, I had to research a wide variety of topics:  childbirth, jousting, castle layout, food, dancing, bathing, and, of course, sex.  My books are romances and I like a good sex scene every once in a while (even twice or three times in a while), but I wanted to make sure that what was going on in my characters’ bedrooms was something that would have actually possibly taken place during the middle ages.
Along the way I discovered a lot of fun things about sex in the middle ages. J

In the Middle Ages, it was believed that women must achieve orgasm in order to conceive.
Therefore, men were encouraged to read manuals that explained how to arouse and bring women to that ultimate pleasure.

The Church had many rules regarding sex, including when married people could not have sex:  No sex during Lent (between 40 and 60 days), Advent (35 days), Sundays, feast days of certain saints, while a woman was menstruating, pregnant, and for six weeks after the birth.  One wonders how the women managed to get pregnant in the first place.

The Church also dictated how people could have sex (when they could).  Albertus Magnus, a theologian, named five sexual positions and ranked them from most acceptable to least acceptable: 1) missionary, 2) side-by-side, 3) sitting, 4) standing and 5) a tergo or from the rear.  Anything but the missionary position were thought to be unnatural because the woman was not on the bottom (her natural place).

According to a Jewish rabbi of the 13th century, women preferred an uncircumcised man because “he thrusts inside her a long time because of the foreskin, which is a barrier against ejaculation in intercourse. Thus she feels pleasure and reaches an orgasm first…This is because of the pleasure that she finds in intercourse with him, from the sinews of his testicles – sinews of iron – and from his ejaculation – that of a horse – which he shoots like an arrow into her womb. They are united without separating, and he makes love twice and three times in one night, yet the appetite is not filled.” 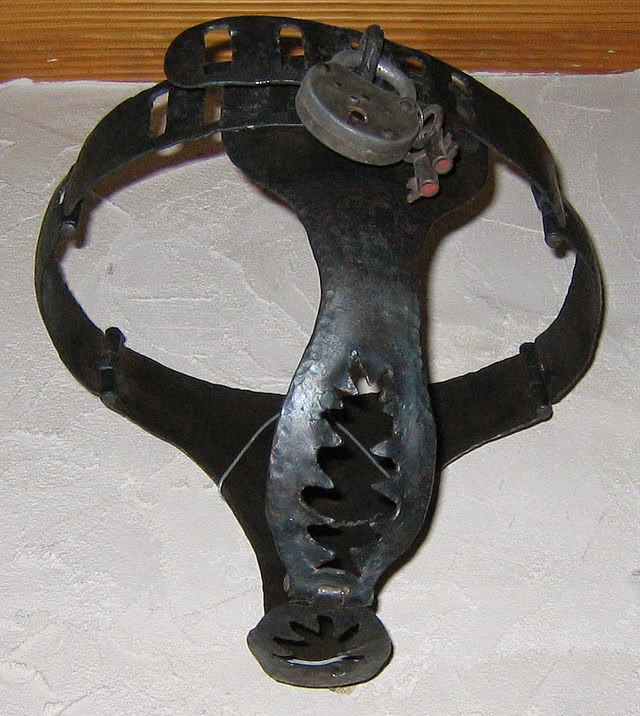 The chastity belt, thought to be a device men locked their wives into before they left for the Crusades to insure they were faithful, is actually an invention of the 16th century and used often in the 19th century Victorian culture.

The long, pointy, curled footwear of the period, called poulaines, were supposed to indicate how well-endowed the wearer was.  The longer the point, the longer the…  Well, you get the point. 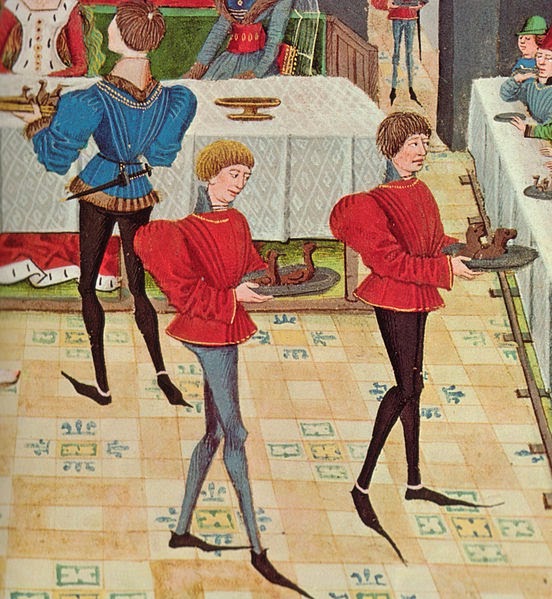 Hope you’ve enjoyed this little post about one of the oldest subjects under the sun. 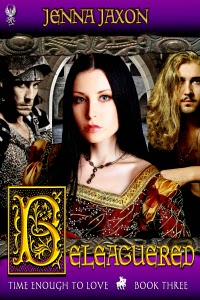 When death holds sway in the world,
can even the greatest love survive?

Finally in France, Alyse and Thomas return to their roles as courtiers to Princess Joanna.  Their passion for one another continues to smolder hot and deep—until one fateful encounter changes everything.

During a formal banquet, Alyse must share an intimate dance with Geoffrey, her first love. His searing touch proves Alyse’s love and desire for him is as strong as when they first met. Tormented by this revelation, Alyse is bitterly torn between the love of her life and her love for her husband.

Into this agonizing situation, the disaster of the Black Death rears its head, decimating the princess’s retinue and threatening all their lives.  Alyse, Thomas and Geoffrey must try to save the princess from the ravening disease but at a dire cost to themselves.  With her world plunged into chaos, Alyse struggles with her feelings for both of the men she loves.  But which love will survive?

“There were dead rats on the dock.”

“Alyse!” Thomas’s outraged tone brought censure for her bald statement, but she cared not.

Geoffrey had trapped her into speaking with him or risk being rude and bringing about the displeasure of her husband. Common sense warned her to avoid all contact, including conversation, with Geoffrey Longford. Since he had made that impossible in this instance, she chose her own bold method of bringing an end to the conversation—make it as unpleasant as possible.

“Well, ’tis true, Thomas. We passed them on the way to the carriage.”

Geoffrey laughed, apparently determined not to take offense. “Aye, lady, you will find them living and dead all over the town, not just at the quay.”
Turning to Thomas, he added, “There were fewer of them at Port St. Croix than at St. Lucie. ’Tis why Sir Robert decided to land the nobles here.
Where the men-at-arms and the long bowmen came ashore, the dead rats were almost knee-deep in places.”

“They have had a plague of them recently here in Bordeaux, I am told.” Geoffrey’s gaze lingered on her face, a quiet satisfaction alight in the blue depths. “Brought into port aboard foreign ships. You would probably have to fire the entire town to get rid of them.”

Alyse trembled, not only at the thought of the unsavory animals running through the town, but at the look in Geoffrey’s eyes that made her stomach clench and her womanhood throb. She drew closer to Thomas, a potent misery stealing through her for the first time in days.

The men continued to talk, but she paid them no heed, caught in a private hell from which she had believed herself safe. She would have to be vigilant to ensure neither she nor Thomas were burned by the fire that had been kindled months ago between her and Geoffrey Longford. She could not trust any of them now—neither her husband to keep his jealously in check, nor Geoffrey to cease his pursuit of her, nor herself to keep him at bay.

She had believed she loved Thomas enough to lay the ghost of Geoffrey to rest in their bed. But from the moment she had seen him on deck this morning, her beloved still, she knew deep in her very core that Geoffrey had been right: it would never be over between them until they were dead and in the tomb.

This realization frightened her beyond all reason. It was as though she had been two people in one body all day, each belonging to a different man. As long as they lived that would never change. She played with fire each time she met with or spoke to Geoffrey, and one day the banked embers would flame up and consume them both.

There would be hell to pay one way or the other. The only question was how much damage would be wrought. Immortal souls hung in the balance, waiting for Judgment Day.

And Betrothal andf Betrayal are FREE now on ARe and Smashwords through the end of the month. I'm hoping Amazon will pick up on that soon.

Jenna is a PAN member of Romance Writers of America as well as a member of Chesapeake Romance Writers. Her debut novel, Only Scandal Will Do, is the first in her House of Pleasure series, set in Georgian London.  Her medieval novel, Time Enough to Love, is a Romeo & Juliet-esque tale, set at the time of the Black Death.