Melisse brought music to read by, so I took the trouble to embed it. You've no idea how hard it has become to do so, but I had to do it. (I've left the link just in case it ceases to work.)

Liza: Me too, and this one is really nice. Take it away Melisse!

Hard Times Come Again No More is a song written by Stephen Foster in 1854. It was one of my inspirations of the book Starlander's Myth coming this weekend to Amazon!

Here's a version of the song I love. Emmy Lou Harris has an older version I love, too.  http://youtu.be/95itEHED8Hk

Starlander's Myth hero Jack Starlander fought in a war and survived. But people he loved didn't, and he can't go home due to survivor's guilt. He mines on an asteroid.

Sophie is a widow with a secret that can be exploited. She is a powerful being, but having a small child makes her vulnerable. They've had hard times and it looks like times will get harder when she is sold to a mining official. 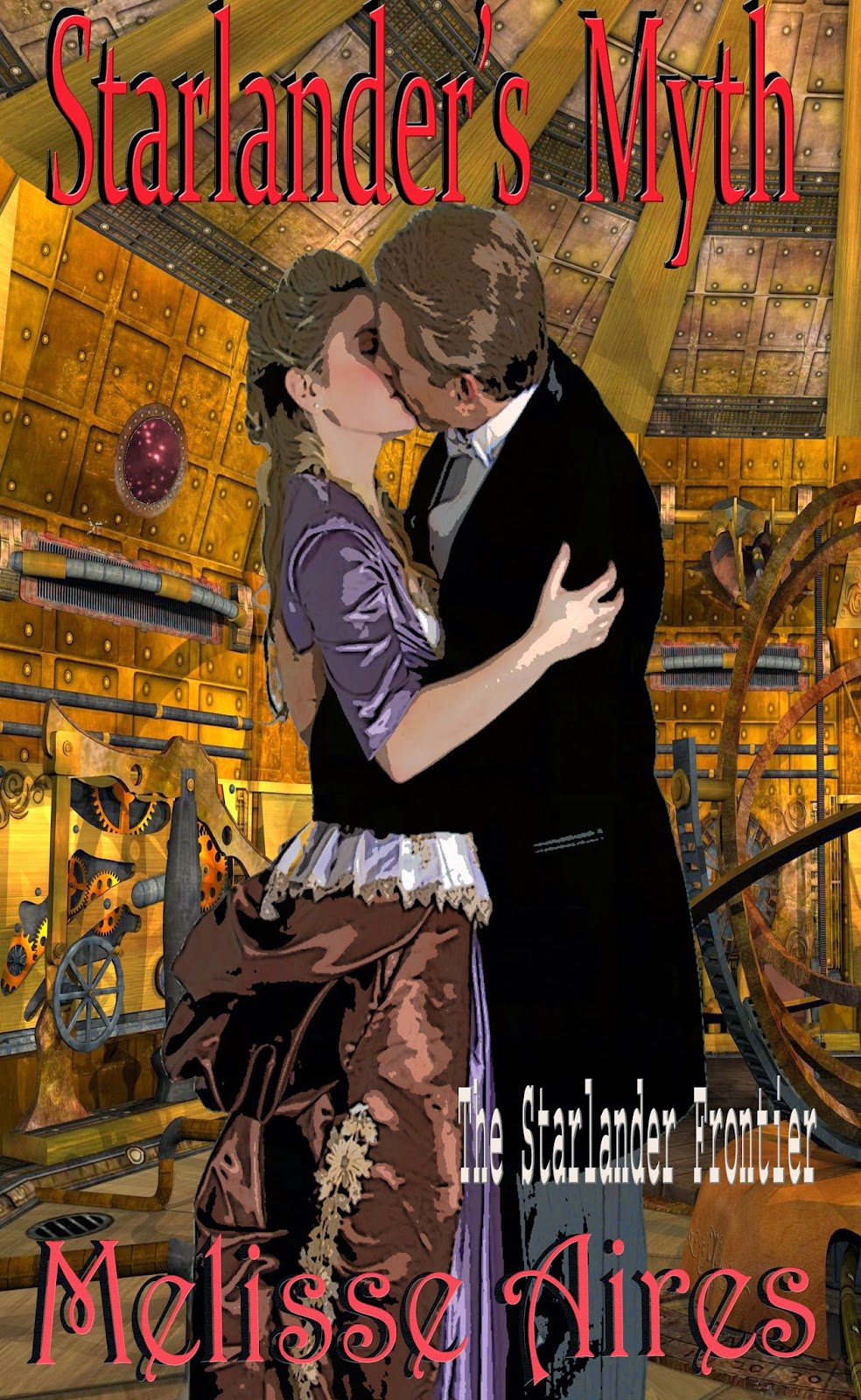 BLURB
Asteroid miner Jack Starlander stumbles upon the illegal sale of a woman and child with unusual abilities. Jack once fought to free slaves and can't abide slavers. In the ensuing shoot out, two important men die. Jack, Sophie and her daughter and Jack's close neighbors are forced to flee to safety. Their journey takes them into deadly danger.

An Antiquarian with her own ancient secret, Sophie knows old stories may seem fantastical but have core of truth. She recognizes the mythic thread in the old Starlander legend. Perhaps his family's myth can save them.
~ Melisse Aires

Peep Rep: Oh this sounds so good! I have to go get the link!
Found it!

And here are some other links I found to legally stalk her with:

Liza: Thank you, Peep. Any reason you're being so helpful?

Peep Rep: I'm hoping you will let me buy it when it's released.

Liza: I will buy it, but I'm reading it first.

Peep Rep: No! You take forever!!! That is so unfair. Someone, please send me money so I can buy my own copy.

Peep Rep: Some one adopt me and buy books for me please!

Liza: Yeah, people will be trampling over one another to do that. You can read it once I'm done.