Hi everyone, my name's Aleah Barley and I write funny... sexy... zombie... books set in Detroit, Dead City. The first book--Dead Sexy--is now available at a special release price of 99 cents and the second book--Dead Set--is coming out at the end of September! My books walk the fine line between sexy urban fantasy and horror, with a good dash of Detroit thrown in. I live in the Motor City and I think it makes a great setting with plenty of grungy reality, fantasy, and sex appeal.


What about you? Where's your favorite novel series set? Where would you like to see a novel set? 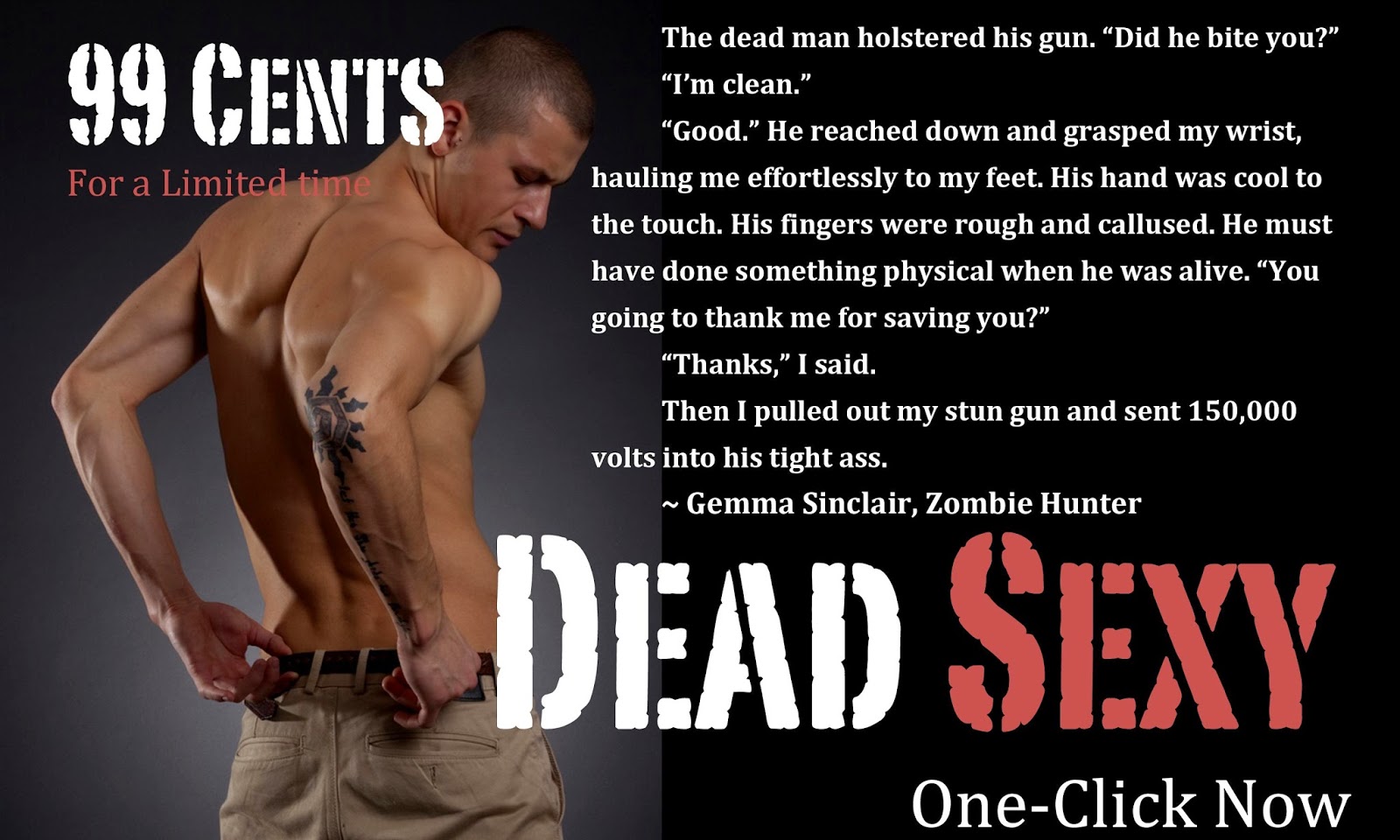 
It's so fun to see the responses I'm getting (so many 5 star reviews!!) and what people are saying:


"I would describe Dead Sexy as True Blood meets the Walking Dead."

"Dead Sexy is an amazing read and had me hooked right from the start. It's funny, it's sexy, and I just couldn't get enough!"


"The novel is so much like it's male lead, D.S. It's funny, sexy, charming, and rough around the edges. It's a hell of a ride, and I would definitely recommend it to anyone who enjoys Janet Evanovich's butt-kicking bounty hunter Stephanie Plum."

"All I can say is the next book needs to hurry up and get finished."

Here's the blurb:
Mortuary attendant Gemma Sinclair hunts zombies for a living. It's messy work, but it pays the bills... right up until she stun guns the wrong dead man in the ass.

Now to keep her family business going, Gemma's forced into a partnership with federal agent D.S. Thomas Conroy. Zombies are disappearing all over town, and he needs Gemma's help to figure out why.

With a villain on her trail and a gang of zombies ready to attack, Gemma's just glad her backup is dead sexy...

Lol, what are you waiting for? One click it here: http://j.mp/abDeadSexy