Guest post by Katherine Hayton & her book Found, Near Water

Today, I have Katherine Hayton sharing the makings of a crime writer and her book Found, Near Water.

Peep Rep: Is there a prize? I'm sensing a prize.

The making of a crime writer

The key ingredients to make up a crime writer are:

-        A voracious appetite for reading mysteries, suspense, psychological thrillers or whatever else they’re currently calling the books I’ve always referred to as crime novels

-        The ability to know that you’re doing the above point, in direct opposition to the two above point

Of course some of these ingredients are not crime novel specific – they are writing things down specific – so I’ll ignore them while I enlighten you further about the first three.

Death. You have to get a thrill of excitement buzzing in your blood as well as the chill running down your spine when you read about death. Oh yeah, that’s awful, where did you get that article? I just want to read it in detail so I can work out how awful it is.

You have to like giving out information that you’re reasonably sure is going to end up with your readers taking a nice walk up the garden path before you clue them in properly. Oh, you thought that meant that other thing? Oh, well gee I thought I’d laid it all out for you. But I can see now how you might have been confused. Hee, hee, hee.
You have to tie things up at the end. Nobody likes a smartarse. Not in genre fiction. I pays my money so that the good end happily and the bad unhappily – unless there’s a jolly good reason for everyone to end unhappily in which case go for it, beat those characters to death, unless you need them for a sequel. Hey, prequels are in at the moment, you beat them good. No. Loose. Ends.

Ever see someone just walking down the street minding their own business and wondered what they were trying to hide? Tick. You’re in the club now. Look at them, trying to look like they don’t have secrets, trying to look like they’re just like everybody else, trying to look like they don’t have a body down in the basement that they’re trying to think of a cool and interesting way to get rid of. Yeah, I’ve got my eye on you mate. And I can describe you exactly to the police when they catch you, or my readers if they don’t.
There is one section in a book-store. I don’t care what they’re calling it at the moment, but if you have the true calling you’ll know the one I mean. The one where every second title is in red so it looks like it’s dripping with blood. If you’re a true believer you’ll give other genres a look-in every once in a while, but it usually just affirms that there’s no reason ever to read outside of your chosen field. 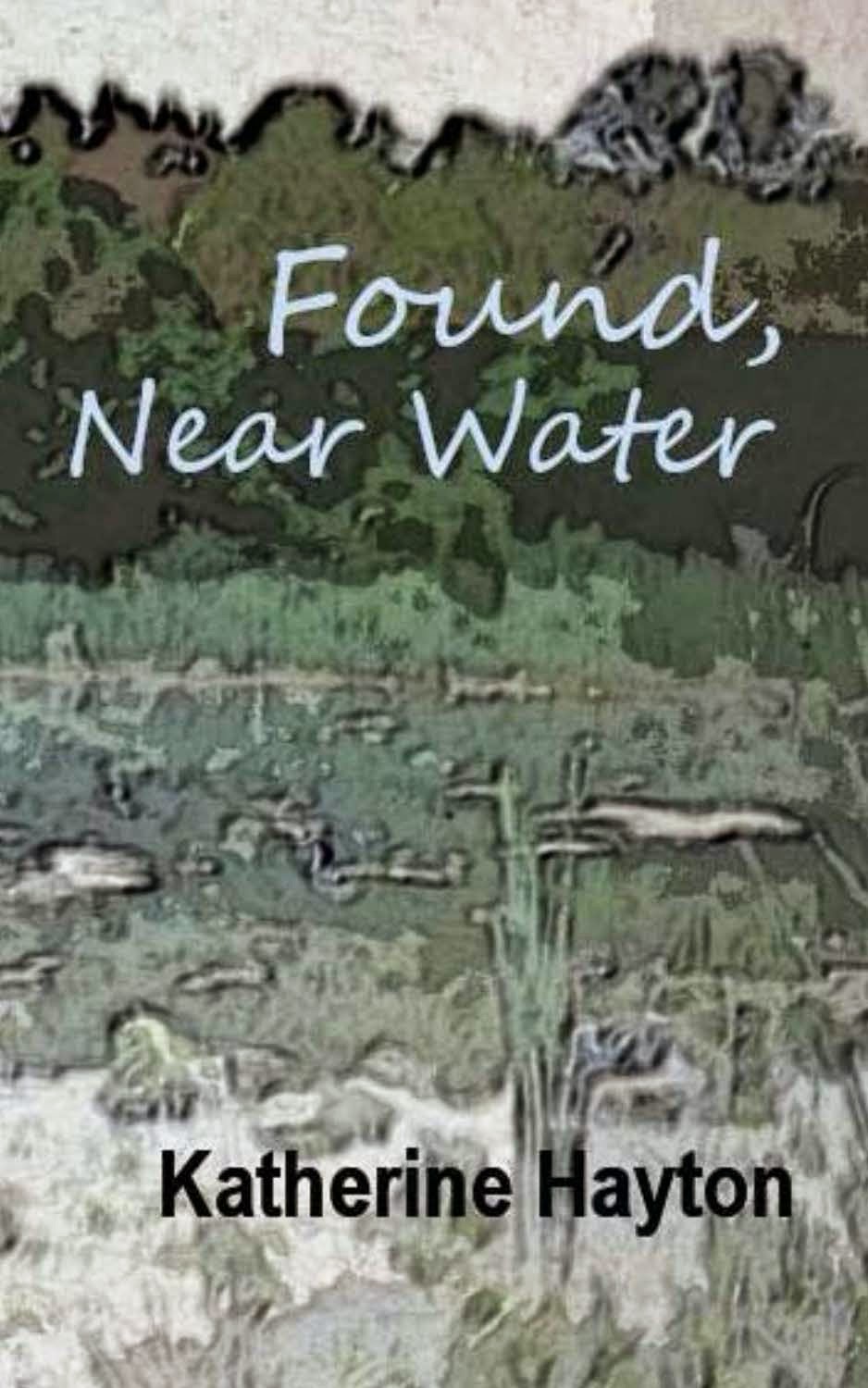 Found, Near Water
by Katherine Hayton

Rena Sutherland wakes from a coma into a mother’s nightmare. Her daughter’s is missing – lost for four days – but no one has noticed; no one has complained; no one has been searching.

As the victim support officer assigned to her case, Christine Emmett puts aside her own problems as she tries to guide Rena through the maelstrom of her daughter’s disappearance.

A task made harder by an ex-husband desperate for control; a paedophile on early-release in the community; and a psychic who knows more than seems possible.

And intertwined throughout, the stories of six women; six daughters lost.

There used to be a need for more chairs. I had quite the group running at one stage. Not now. We’ve dwindled and whittled our way to a close knit bunch. Like a knitting circle with barbed tongues driving all the young and optimistic members away.

I remember when I was talked into setting up this group. I was whining away to an old colleague one day and she mentioned that I may be helped by a support group. A support group! I “reminded” her that I was a fully qualified psychiatrist who had once had a roaring career until I realised how futile the entire field was. I wasn’t someone who attended a support group. I was the one to run it.

There was a crunch of gravel outside and I walked to the window to have a nosey. Not one of mine. An elderly gent made slow progress towards the temporary library. He swayed so deeply from foot to foot he looked like a Weeble in full wobble.

I laid out a half packet of stale gingernuts which had mysteriously survived in our pantry and hoped that no one was feeling too hungry.

A story you won’t read twice
This story was disturbing from beginning to end. I would have stopped reading at Chapter 1, but it was too compelling--too well written. Once it had me, it would not let me go.  You will live the stories of women who have lost their children and the destruction that follows. You will also spend time in the mind of one of the children abducted.

While it is not sexually explicit, still, every conceivable bad thing that can happen, does.

Normally, at least the ending of a dark story gives you a ray of light. Yet, even the bright moment near the end is tainted with probabilities of future problems. And then the epilogue turns to darkness again.

This is without question one of the darkest, most disturbing, but incredibly well written books I have ever read.

To be fair, I tend towards light, funny stories, so this was totally contrary to my taste.  I am not happy I read it, but once started I had no choice but to see it through. If you like dark, realistic stories about the worst of people, you might never find a better book than this one.

I will score this for those of you who like dark, ugly, realities in life.  Given it was extremely compelling, with surprises throughout the book, and superbly written, I’ll give it a five stars.

However, I strongly warn those who don’t like dark realities to not read a single chapter, else you could be sucked in as I was.

Follow the Tour for more chances to win
Posted by Liza O'Connor at 12:00 AM