GREAT NEWS! Jenna has a rafflecopter in which two lucky people will win big time: a $25 Gift Card and a basket/box of chocolates. 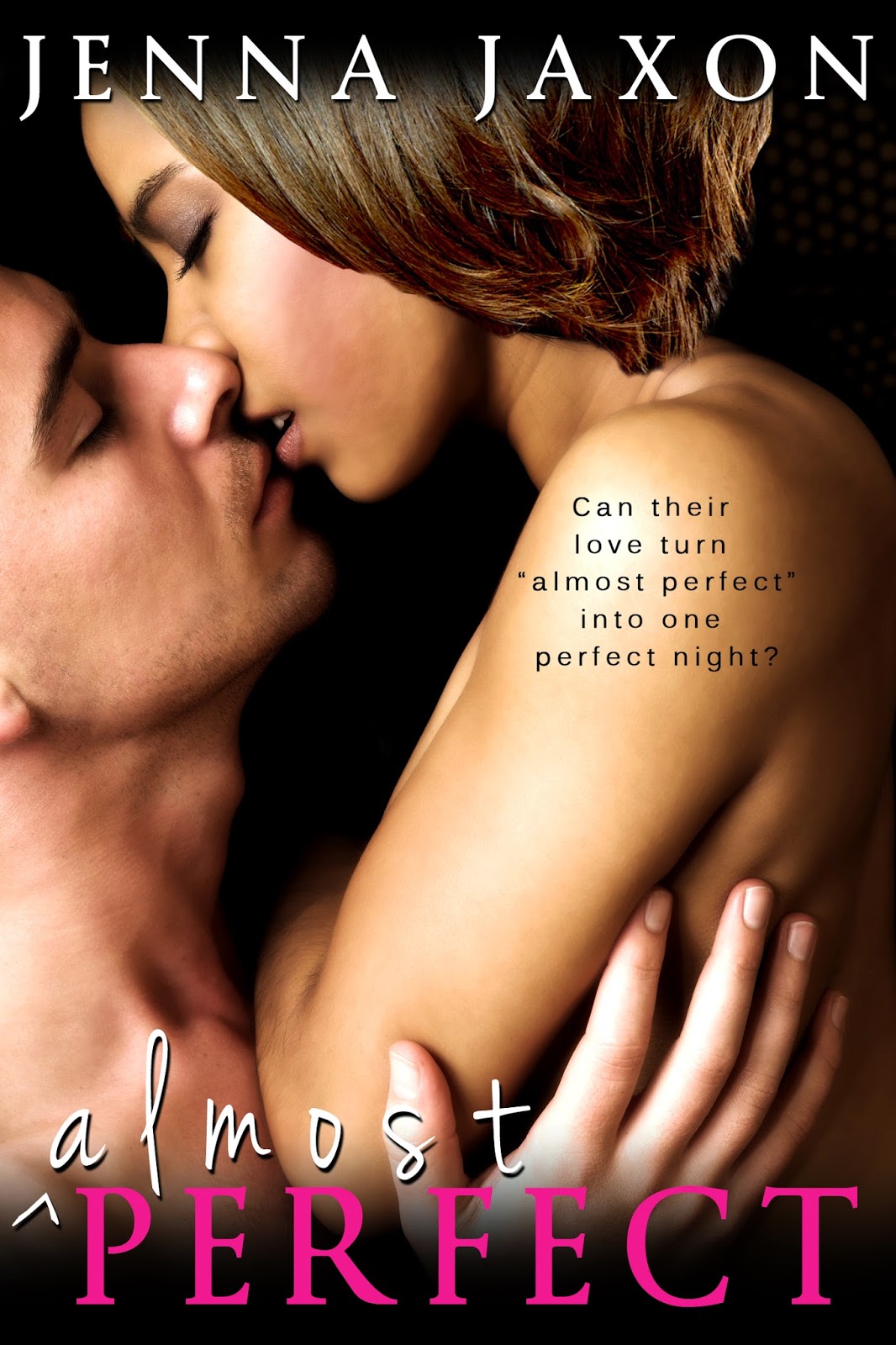 An Almost Perfect Meeting
Does the right place and the wrong time equal the almost perfect couple?

When Pam Kimball’s plans to play Janet at a Rocky Horror Picture Show get derailed, she’s determined to go on with the show.  She commandeers the first guy she sees—a tall, sexy, geeky stranger—to be her Brad. The guy knows nothing about the show, but plays along, stunning her with a kiss in the middle of the performance. Pam feels his interest while they dance and decides to make a bold next move.

Roger Ware’s come for a midnight showing of a classic movie, only to find a cult classic playing instead.  To make it worse, he’s dragged onto the stage by a forceful brunette who won’t take “no” for an answer. Not that Roger wants to say no after one impulsive kiss gets him fired up for more.  When Pam invites herself over after the show, her seduction is clear, but will it continue once Roger reveals one embarrassing secret?

“If you’re skinny dipping, you forgot to remove one very important piece of clothing.”
She shrieked and whirled around.

Roger stood on the beach behind her, a green bottle of Perrier in one hand. His gaze played up and down her naked torso, and his salacious grin widened. “Mind if I join you?”

She gasped, wrapping her arms across her chest to shield her breasts from his hot gaze.
“What the hell are you doing back here?”

“I came to make peace.” He waved the bottle at her. “Thought you might be thirsty by now.”

Her gaze fastened on the green glass, her mouth suddenly dry as sand. She stepped toward him then froze as she glanced at his face.

Roger stared at her, his eyes sparkling with excitement. He wiggled the bottle, challenging her to take it.

She’d be damned if she’d accept anything from him. Not here, anyway. That would make her feel weak, dependent. She eyed the condensation on the bottle. A single drop ran down the side, hung for a second at the bottom then plopped into the sand.

Shit. Right now, she was weak, dependent, and thirsty.

“Come on, Pam. It’s only water.” He still held the tempting thing out to her. Hell. She marched up to him, her steps as loud as she could make them on the packed sand.
Stopping an arm’s length from him, she peeled one hand away from her breasts and shifted her other to cover as much as possible.

For once, she thanked God for a B cup. She snared the bottle and shot him a look of triumph, only to realize the bottle was capped. To open it, she’d have to use her other hand.

Furious, she shifted her gaze from the tantalizing object to his gleeful eyes. “Would you open this for me, please?”

“Suddenly lost all your strength, have you, hon?” His eyes took on a hunger she remembered. “It’s not as if I haven’t seen your breasts before.”

“Then you don’t need to see them again, do you?” Heat rose in her cheeks. He was enjoying this way too much. “Come on, open it. You said it was a peace offering.”

“And these are part of the peace negotiations.” He stood, arms crossed over his muscled chest, better looking than she remembered.
Not fair.

“I’m bored, Pam. My date still hasn’t turned up, so I thought I’d come harass you a while. I’ll tell you what.” He reached for the Perrier and unscrewed the cap, but didn’t offer it to her. “You show me yours, I’ll show you mine.”

“And why would I want to see yours again?” She fixed her gaze on the bottle resting at his hips, watching the carbonated bubbles rise to the top, willing herself not to let her gaze stray toward his crotch.

“For old time’s sake?” His eyes flashed with mischief as he tipped the sparkling water up and started to drink.

She stared, her parched lips opened in outrage. Glug, glug. He was making that sound on purpose. Was he going to drink the whole damned thing?

After swallowing at least a third of the contents, he came up for air. “Ah! Hits the spot every time.” He grinned. “Still can’t take a joke? Too bad. Here.” He thrust it toward her.

Pam grabbed the bottle with both hands and shoved the end into her mouth so quickly the glass clicked against her teeth. Greedily, she sucked in and almost choked. The exquisite lime-flavored water rushed into her body to hydrate parched cells. Three more guzzles, and she breathed deeply, satisfied for the moment.

She wiped her hand across her chin where she’d dribbled and held the bottle out to him, but his slack-jawed attention was riveted on her chest. Which meant….

“Damn it, Roger.” She wrapped her arms around her breasts so fast she hit herself with the bottle. If there hadn’t still been some water left, she would’ve brained him with it.

He reached down and slipped off his sandals then untied his drawstring, all the while grinning like a fool. With one swift movement, he shucked his pants to reveal a hard, tanned body, complete with a seriously large erection.

She hadn’t seen that coming.

I loved Almost Perfect, because until the HEA (which was perfect) it was more like real life romance, where moments are awkward and embarrassing, misunderstandings abound, and disappointments finally overtake the reasons why they fell in love to begin with.

For a short novel, Jenna Jaxon managed to stuff the entire circle of love in her story. She does so by focusing on the fun parts: the first meeting and falling in love and then the re-uniting and falling back in love.

The miserable years in between get short shrift because NO ONE, not even me, wishes to dwell there for long.
But in real life they happen. No relationship is perfect every day. At least none that I know of. If there is someone out there who believes every day of their marriage has been pure bliss, please keep it to yourself. No one likes a show off. The rest of us have squabbles, fights, mistrusts, resentments…honestly, only our innate need to love and be loved keeps us in our less than perfect relationships.

Jenna Jaxon’s story is warm and adorable from day one when Roger mistakenly wanders into a Rocky Horror Picture show performance. Pam has dreamt of this night when she finally gets to play “Janet” only her “Brad” gets sick. Thus, she conscripts Roger, who has never seen the movie, to play the role. Needless to say, it doesn’t go according to script and they get replaced by another couple.

And thus begins their ‘almost perfect’ first date.
I don’t think I’ve related to a book half this well in my life. While most romance readers prefer fantasy perfection to reality, that’s because for many of us, real life romances don’t go that well. But this book is one of hope. Yes, you can misread situations, do stupid things and still, in the end, after all hope is lost, fall in love again.

In addition, Jenna Jaxon is a superb writer. Why she isn’t already a best seller completely baffles me.  She should be. I give this a 5 star. 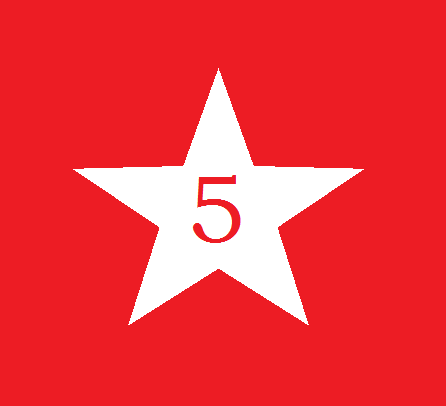 Jenna is a PAN member of Romance Writers of America as well as President of Chesapeake Romance Writers, her local chapter of RWA. Her debut novel, Only Scandal Will Do, is the first in her House of Pleasure series, set in Georgian London. Only Marriage Will Do, the second book in the series, is set to release in June 2015 from Kensington. Her medieval serial novel, Time Enough to Love: Betrothal, Betrayal, and Beleaguered, is a Romeo & Juliet-esque tale, set at the time of the Black Death.