Today, I have a new author on my site, Karyn Pearson with the third book of her series, Embers. Karyn, take it away!

Ardentia, a demon hunter with a demon’s spirit bound to her own, goes on a journey to restore honor to her mother’s name. One by one, she hunts down the Saligia, who are responsible for her family’s curse. The closer she gets to bringing the Seven Deadly Sins down, the higher the chances are she’ll lose herself along the way. As the demon inside her awakens and grows stronger, it will only be a matter of time. Ardentia faces but one choice—trust the demon to help her break the curse, and pray he doesn’t betray her in the end.

A new threat has emerged. Belial, one of four Crown Princes of Hell, has risen. The Crown Prince intends to free the rest of his brothers. If he succeeds, he will raise Lucifer from his centuries’ long slumber. Belial will stop at nothing to achieve his goals. His influence even extends past the defenses of the holy city of Salvatio. The Crown Prince must be stopped before the last great defense of mankind falls. Ardentia stands to answer the call. She knows the task alone will be dangerous, and that she could easily die in the attempt. But the threat of certain death won’t sway her. She and Noxius will do whatever it takes to thwart Belial, regardless of the consequences, even if those consequences mean paying the ultimate price.

Though she won the battle against Belial, the war for mankind has just begun. Lucifer is rising. With each passing day, time runs out for the human race. In sixty-six days, the fate of the world will be decided. But before Ardentia can focus on saving the world, she must save her demon. Noxius is dying, and his only hope for survival is to return to his own body. Ardentia must brave the horrors of Hell and its armies to reach Noxius’ court. If she manages to survive, she’ll still need to face the Lucifer, and something far worse—a foe far greater than the Devil himself.

On February 27th, Karyn Pearson
unveils the final chapter in the Hellfire trilogy.

“Tell your master that I’m coming for him next,” she said. “We’re going to finish what we started.” 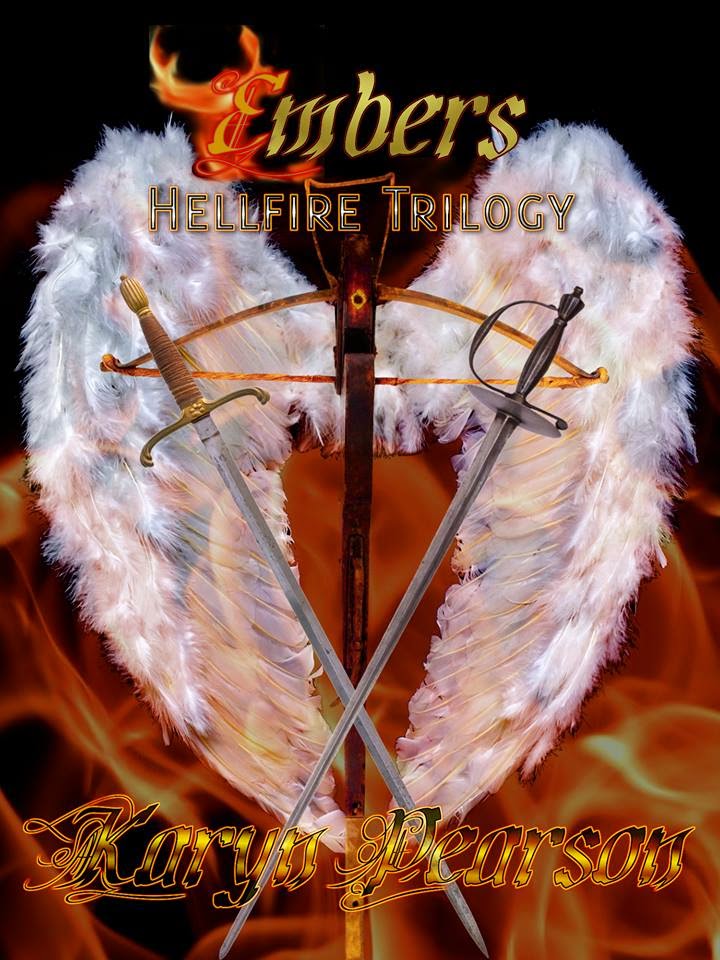 A rushing sound filled her ears, Noxius’ power surged to life within her, willing her to dodge to the left. She whirled aside, watching as a hook-sword sailed within an inch of her, the blade singing in the air as it passed. A nearby soul cried out as the sword pierced him in a spray of blood. He slumped over and remained still, put out of his misery at last.

“I thought I smelled a mortal,” said the all-too-familiar voice of Malacoda. “What ever shall we do with you, my dear?”

“She’s pretty,” said a second voice. “Can we keep this one?”

“She is rather interesting, isn’t she?” Malacoda agreed. “How could a mortal make it so far into Hell unscathed?"

The sound of wings was all around them, the Malebranche laughing as they circled their prey. The huntress didn’t need to look to know she was surrounded. This was it, they were done for.

“Run!” Noxius yelled. “We need to make it to the next ring!”

Ardentia didn’t need to be told twice. She broke into a sprint, moving as fast as she could down the road. Behind her, she heard Malacoda wrenching his sword from the body of the tortured soul he’d inadvertently killed. The demon was in quick pursuit; the huntress knew she’d be no match for his speed. He was upon her within a moment, so she did the only thing she could. She turned to fight.

Using her forward momentum, she made a quick about-face, swinging her leg as she turned. Her kick connected, the blow startling the demon for a few seconds, as black blood seeped from a fresh wound on his cheek. He snarled at her in rage, raising his hook and sweeping toward her. She dropped and rolled under it, the sword passing over her head harmlessly. Her feet were back under her in an instant, and she was up and running, the demon roaring from somewhere behind her as he chased after her again.

She kept moving, her eyes finding the end of the road ahead and what looked like the edge of a cliff. As she neared the end of the road, she saw the ground gave way into a sharp drop of at least one-hundred feet to the next circle below. To the far right, she saw a set of stairs carved into the side of the cliff. She started for them at once, moving off the road and cutting across a line of staked bodies.

Suddenly, Malacoda materialized before them, standing at the cliff’s edge and barring their path. He smiled, thinking he had her cornered. In her mind, she heard her demon shouting for her to turn around and head the opposite direction. The huntress ignored him, running toward the demon instead.

She barreled straight into the demon, her full body weight slamming into him hard. He doubled over and gave a grunt of pain, losing his balance, and together, they tumbled off the cliff. 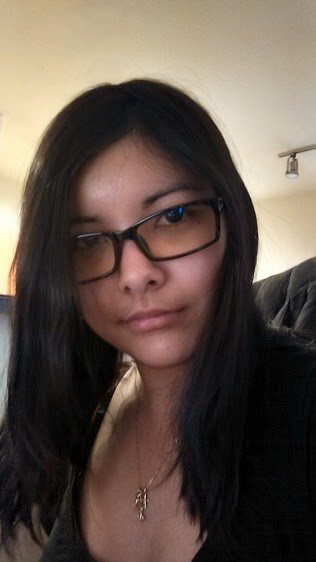 Karyn Pearson is the author of the Hellfire Trilogy and Arcturian Bloodlines. She is a full-time pet parent of her two dogs Nikki and Jamie. Karyn has a B.A. in Anthropology and has explored dozens of cultures in her studies, but has imagined countless more. She enjoys reading, playing action RPGs, and plotting the next adventure for her characters whenever she has a spare moment free of the dreaded and undefeated “puppy dog eyes attack.”
Her upcoming project will be the first novel of a new vampire series, Arcturian Bloodlines. When she's not writing, Karyn can be found playing with her puppies or Googling various dangerous topics for novel research that make her constantly question why federal agents haven't yet knocked down her front door.


Join Karyn and Distinguished Press at the end of the month party to celebrate all the month’s releases: https://www.facebook.com/events/343024609234959/