I'm interviewing Arby Corry today.
Since she's never been on my blog before, I'm going to be nice.
Hey! Anything is possible.

Peep Rep: True, but you being nice is very unlikely. So before you make the nice lady cry, can we discuss if she's brought any gift?

Peep Rep: What does that mean?

Liza: It means you have a greed obsession.

Peep Rep: So she does bear gifts! Tell me about them.

Liza: Arby is giving away a $50 Amazon or B/N gift card to one lucky winner of her rafflecopter.
Now be quiet while I interview Arby.

Peep Rep: Should I set up the interrogation room or bring in the comfy couch.

Liza: We don't want to scare her off, let's go with the couch.

Liza: You just had to add the commentary, didn't you?

Liza: Welcome, Arby sit down and I'll nicely ask you some questions.

Arby: Comfy couch. What would you like to know?


Liza: What is your favorite part of writing?

Arby: The alone time, when you’re sitting there in your perfect setting and “communing” with your story and you just feel it clicking.

Liza: I love those moments. What part of your book was the hardest to write?

Arby: I’d say the middle. It became like that couch you just loved in the furniture store. You take it home, admire your “I could have been an interior designer” taste, throw pillows on it and invite everyone to come see it and sit on it. But by month three you notice it’s sagging in the middle. The ends are still quite lovely, giving your couch a great beginning and ending, but there’s something about the middle that’s not right. You throw more pillows on it, hoping no one notices the middle is just a means to get to the end. But in the end there’s no getting around that your middle needs less cushion and more fabric.

Liza: That is so true. Tell me, has a secondary character ever threatened to take over your book?

Arby: Yes! In fact, she’s likely earned her own book after the way she barnstormed onto the scene. It’s my protagonist’s mother, Charmaine. Just her handbag collection alone deserves some kind of write-up. She’s wickedly evil, yet stylish and ever-flanked by mounds of gorgeous muscle – but that’s mainly because they’re her bodyguards and she pays them mounds of money. The last thing you’d want to do is turn your back on her. She’s even upset she didn’t get more print.

Liza: Characters can be incredibly demanding. Describe your hero in five words.

Liza: And your heroine?


Liza: What event occurred in your life that has influenced your novels?

Arby: With Heart-Shaped Stone in particular, I lent Caila my footsteps, so to speak, taking her to places that I love. Some of those places were not always physical, but rather the ups and downs of my own life, namely, the insecurities. I think all women experience that on some level as we constantly doubt ourselves. Caila’s outlook is like doubt on steroids. But as in my own experience, you eventually find that center (or come very close to it) and realize that the place you are was all by design after all.

Liza: Before I go all introspective and share my own insecurities, let's move to a safer question. If your main character had been allowed to write the novel rather than you, how would the story have been different?

Arby: Oh, she’d cut right to the chase and we’d have a novella on our hands! There would also be a happy ending and life would be B.O.R.I.N.G – not for the reader, but for her. It’s a very good thing she does not have this kind of control.

Liza: Yeah, the most interesting parts of life are often the parts we didn't plan to do. But again, before I start pontificating, let's move to pure silliness: If you had to live on a deserted island with one author, who would it be?

Arby: Pat Conroy. I’d even clean and cook all the fish he caught just to have him tell me a story by campfire.

Liza: That was fun. Let's check out your book. 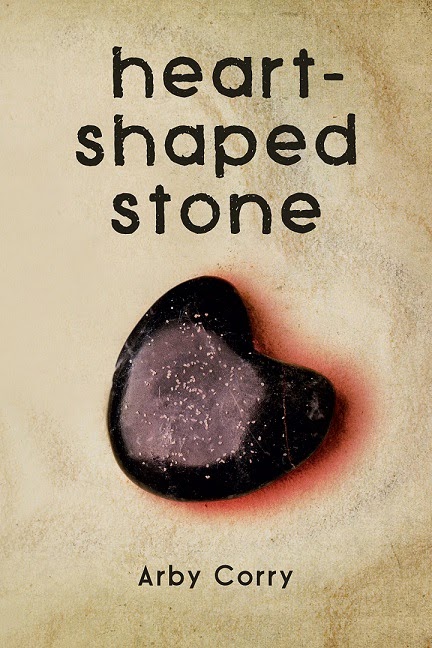 When the last decade of thirty-two year old Caila Domenici’s life disappears, destroyed in a car accident, she is forced to begin again. Defying doctor’s orders to slow-go-it, she sets out to navigate the world on her own. It's not going well. Coddled from birth, everything from a bus schedule to how to boil water confounds her. Worse yet, she's about to accept her meddling mother's offer to pay for food and rent. With just a hunch her talents extend beyond that of daughter of privilege, Caila searches for her past. Before she can find it, it finds her. And the handsome azure-eyed stranger who’s saying he knows her is somehow part of it. Caila always believed there had to be more, but now, on the verge of discovering the truth, she must decide which is worse – never knowing who she really is, or knowing too much.

Reese was being too nice. Something was up - their deep conversation the night before, the bubble bath, the tea, turning down her bed and now breakfast? Caila wasn’t suspicious by nature, and in most cases trusted more than she should, but where Reese was concerned she dropped all pretenses and questioned his every move. He was much too calculating to not see opportunity in everything he did. Caila recognized that in him right away. Her mind was now churning with theories. Why, if he was up to something, would he be so blatant with this sudden kindness? Did he think she would not notice?

Then she imagined the most unexpected thing.

Maybe he wasn’t up to anything at all. Maybe this was another side to the man she detested right from the start. The invader, the man who came to make her life a living hell and push aside her father may not, after all, be the man she believed him to be. But even that theory was short lived. No, she thought, he has a motive.

Liza: Wow! I want to read this. Peep Rep find the buy links.

Arby Corry has spent the last twenty-five years in the radio business. Performing every job from radio announcer, to program director, to commercial producer to copy writer, Arby gives voice to characters found just on the other end of the request line.  Her debut novel, Heart-Shaped Stone, has received critical acclaim as well as delighting readers with its fresh approach. Arby believes in real characters, with real voices. And while a happy ending is always satisfying, she believes life has other plans. When not on the air or writing her follow-up to Heart-Shaped Stone, Arby enjoys spending time with her husband, children and the great outdoors of the Pacific Northwest.

And Follow Arby's tour for more chances to win!