Melissa Keir shares The Heartbroken Cowboy from the collection: Cowboy Up 2

Today, I have Melissa Keir over to share a bit of her own life that helped create her story in Cowboy Up 2, The Heartbroken Cowboy.


Alcoholism and The Heartbroken Cowboy

Alcoholism is a disease that affects millions of people. Like many addictions, people with the disease have relapses, they don’t believe they have a problem, and often hurt the ones closest to them. It is progressive (often getting worse over time) and chronic (it doesn’t just go away). Not only does Alcoholism cause physical/health problems but also emotional, financial, and social problems.

Binge drinking is probably what most people think about when we have a night out with our friends. We drink too much and can’t remember or are ashamed about events that happened. Yet binge drinking can lead to the same health risks and social problems associated with alcoholism. That’s what happened to me. The Social Drinker…the person who had groups of friends where alcohol and drinking dominated our social encounters. We got together to drink. We weren’t having fun unless someone was drunk to the point of being silly or dangerous.

It only took a couple of times when my child needed me when I was drunk to realize I had a problem. My love for my children became my guide out of the problem. Determination and abstinence were my tools for success….that and giving up the friends who continued to drink.

Walking away from those people was easy once I realized it was them or my children.

Hateful remarks followed... “You aren’t fun anymore.” “We don’t want to be around you.” “Don’t be a bitch.” Again, my children became my light. They were who I spent more time with and used free time to escape into the world of books where the characters loved me… or where I became them!

In The Heartbroken Cowboy, I wanted to show a character who’d fought the battle, but falls. Johnson O’Neill is an AA member and receives the support from a sponsor. Then he meets Debra who has her own alcohol demons. Can two recovering alcoholics find a way to love? You’ll have to read Cowboy Up 2 to find out!

At least my own, happily ever after is now guaranteed! 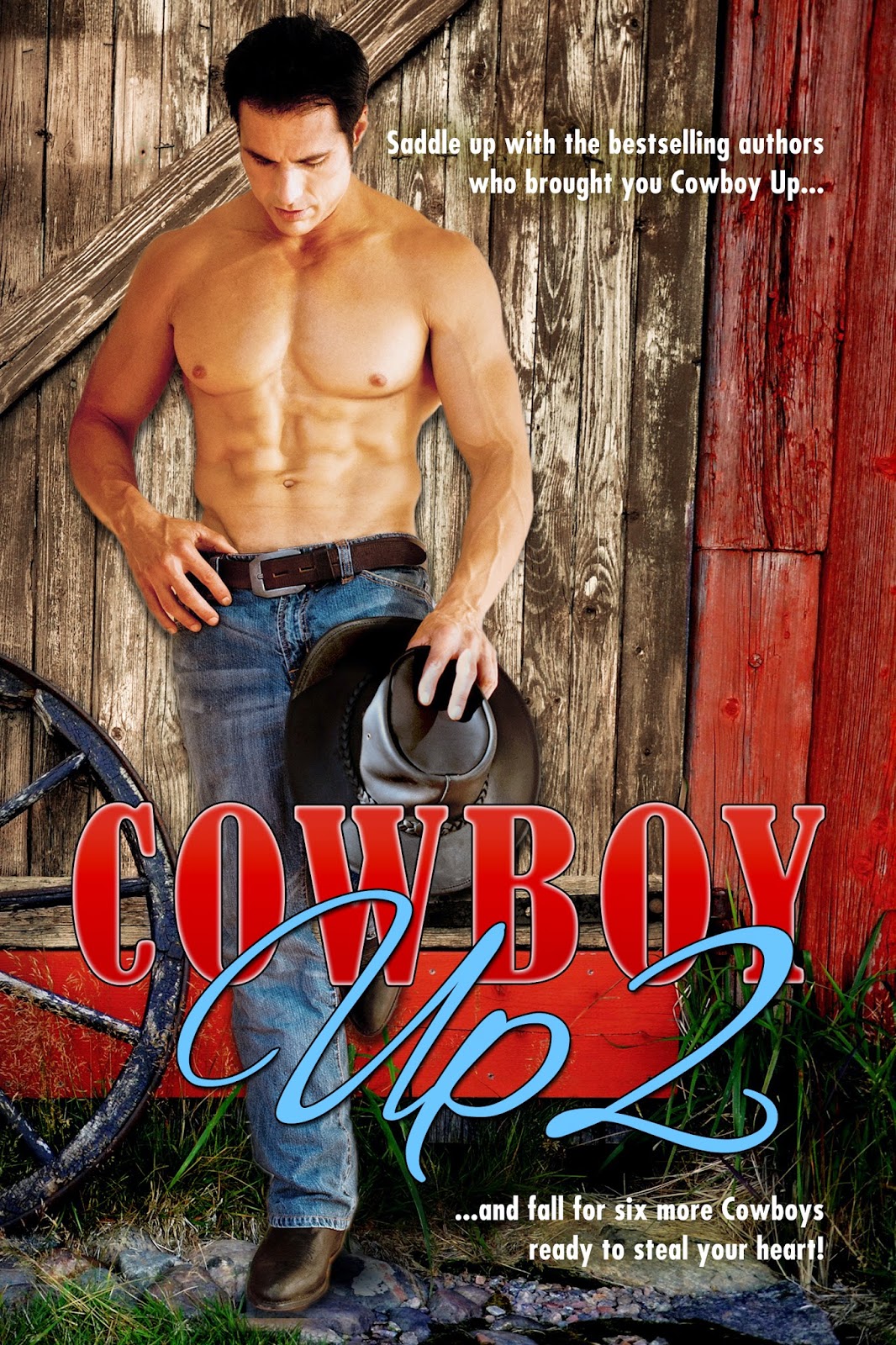 Love isn’t found at the bottom of a bottle…
Johnson O’Neill joined The Heartsong Ranch to escape his addiction. One night at a friend’s wedding, stress causes him to fall off the wagon and into the arms of the woman of his dreams.

Debra Donahue lost her husband to alcohol then pulled herself up by her bootstraps becoming a million-dollar selling real estate agent. One night with a sexy cowboy and a bottle of whiskey, Debra falls hard.

Can an alcoholic cowboy and a brokenhearted woman find love despite their fears? Or will the bottom of a bottle claim another happily ever after?

“I don’t drink, but could use a strong one, right now. Not this sissy stuff.” He lifted the glass to his lips, downed the contents, and shoved his now-empty champagne flute away before he leaned in toward her. The smell of alcohol on his breath hinted that he’d already had too much to drink. “Know anyone around here with some whiskey?” The dark sapphire of his eyes chilled her. This was a man used to getting what he wanted. “I’d even share.” His voice deepened and became husky with his offer and she shivered.

The man grabbed another glass of champagne off a passing waiter’s tray and guzzled the drink in one swallow. “The name’s Johnson O’Neill. Now about that whiskey.” He reached out and drew her up to standing then tugged her in close to him. Wrapping his arm around her back, he moved her body in a slow two-step motion.

Debra gazed into his eyes. “You don’t have to seduce me for the whiskey.” She stepped out of his embrace and put her hands on her hips. She frowned.

“That’s not why I drew you into my arms. You were tapping your foot when I arrived—and I thought you might like a dance. A pretty woman like you shouldn’t be sitting alone.” He stretched his palm out again in a plea. 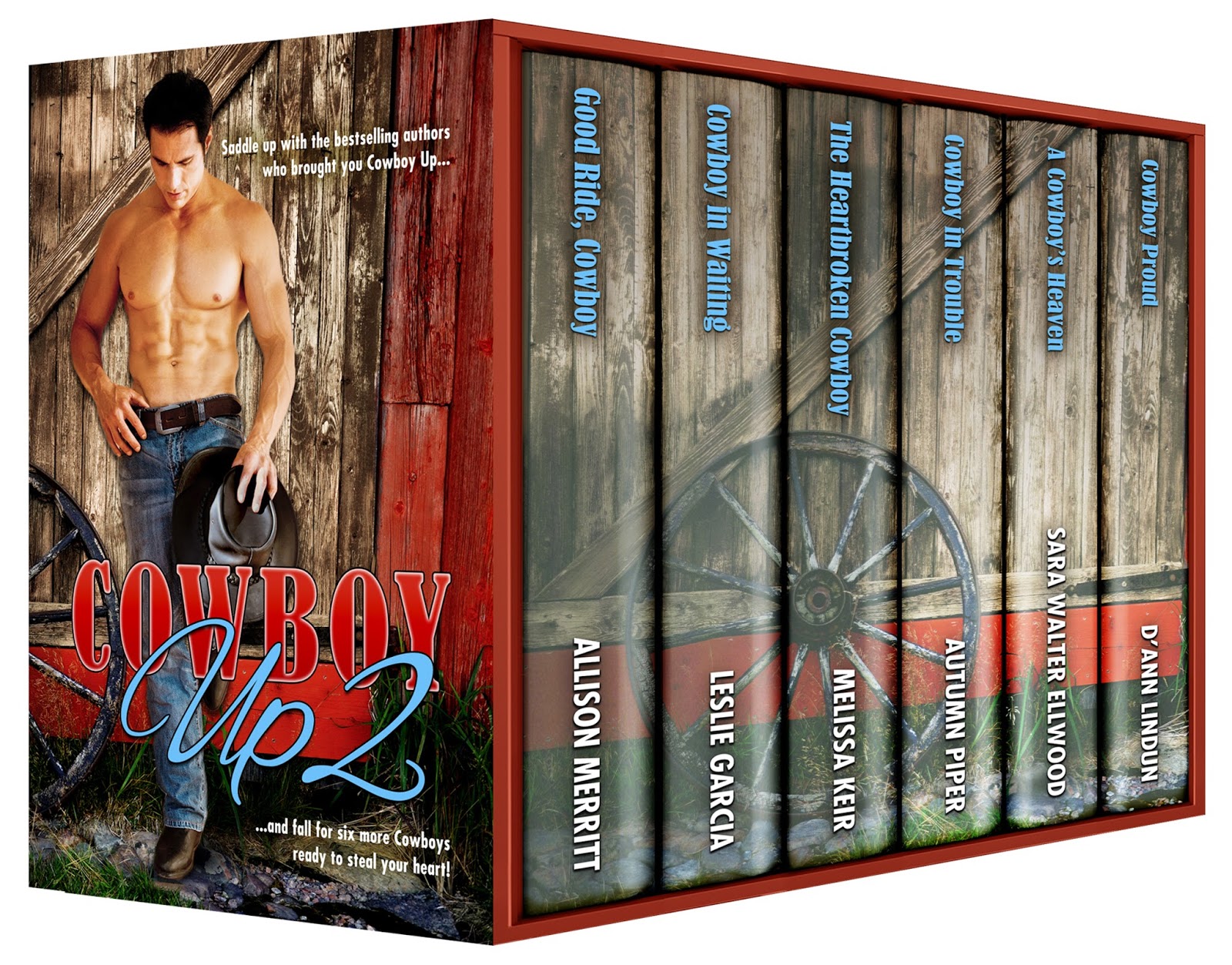 Email ThisBlogThis!Share to TwitterShare to FacebookShare to Pinterest
Labels: Cowboy Up 2, Melissa Keir, The Heartbroken Cowboy