Cover Reveal of Only Marriage Will Do by Jenna Jaxon

Today, I have Jenna Jaxon presenting
Only Marriage Will Do. 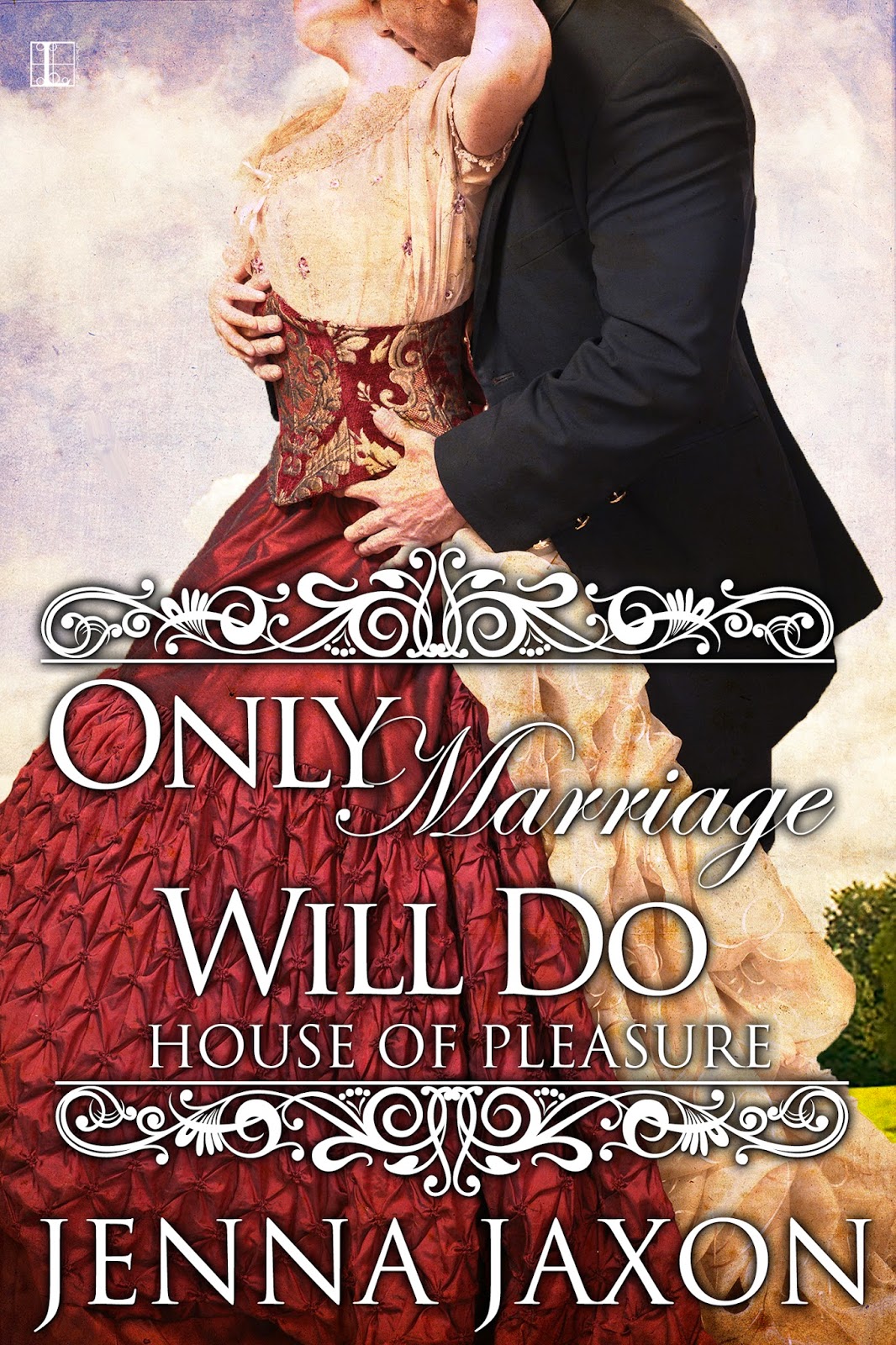 OFFICIAL BLURB FOR
ONLY MARRIAGE WILL DO
Not every happy-ever-after begins at “I do.”
When the hero of her dreams rescues Lady Juliet Ferrers from the man claiming to be her husband, she is sure she has found her one true love.  But is she free to marry him?  Not to be deterred, Juliet arranges for her hero, Captain Amiable Dawson, to escort her to her family estate, hoping that along the way she can win his love.
Amiable is charmed by the sweet, beautiful woman he rescued, and although he has grave reservations about her marital status, he allows himself to be swept up into Juliet’s romantic spell and the promise of a happy-ever-after.

The spell breaks when legal questions arise and Juliet faces the horror of not knowing if she is married to her knight in shining armor or the cruel viscount who is determined to have her at any price.

At the touch of his fingers on her cheek, Juliet lost her battle with the tears. She had sworn not to shed a single one over him, but now they flooded her face as the ache in her chest reached a terrible crescendo.

As the first sob tore from her throat, he scooped her up, bore her over to the parlor’s sofa, and settled her in his lap. “Juliet, do not cry, my love. You break my heart.”

He pressed her head to his chest, heedless of the torrent that soaked into his jacket.

She could not stop, however. The misery at what she intended to do overwhelmed her. She must send him away, she must.

Her cries intensified, banishment from Amiable a sentence too terrible to contemplate. The pain cut so deep for a brief moment she wished to die just to escape it. Finally, she managed to stem the tide to a trickle. Soul-wrenching grief gave way to bleak despair. She lay exhausted on his broad chest, too tired now to even move her head.

“My dear,” he spoke quietly into her ear. “What has happened to make you so unhappy?”

She struggled up, trying to catch her breath. She risked a glance at him and wished she hadn’t. Tears threatened again. “I…I c-came to tell you I no longer r-require your services as escort,
Captain Dawson.” There. She had said it. “You may return to London on the morrow, sir.”

“I see.” He held her steady with one hand while the other pushed back a stray wisp of hair straggling from her coiffure. “That would be a most prudent move.” He captured another escaping strand and stroked it into place behind her ear, then wiped her tears away with his thumb.

Could he not see her misery? Would he add to it with his kindness? Such attentions made it almost impossible to continue with her resolve.

She fought to keep her composure. “I, however, no longer require your escort, sir. I will journey on alone.”

Amiable smiled patiently but shook his head. “I fear not, my dear.”

“I will.” She tried to pull away from his grasp but he held her still.

“Most definitely not.” He wrapped his hand around the back of her head, urging her face closer to his.

“Wh—what are you doing, Captain Dawson?” His blue eyes were her whole world.

“Bowing to the inevitable, my love.” Then his mouth met hers.

Email ThisBlogThis!Share to TwitterShare to FacebookShare to Pinterest
Labels: Historical Romance, House of Pleasure Series, Jenna Jaxon, Only Marriage Will Do