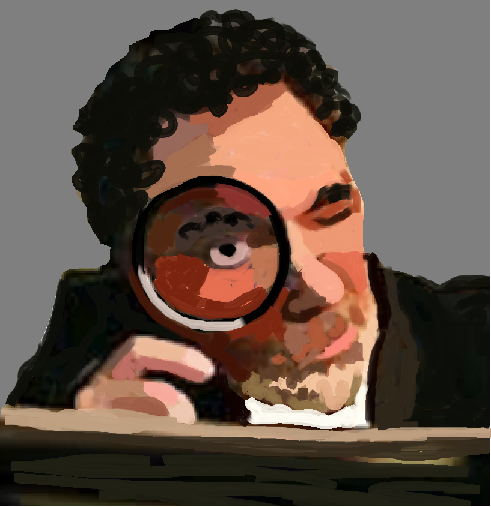 Long, long ago, I assessed the process of being chosen for Kindle Scout Publishing, where they would publish and promote your book.

I even entered a book, but along with many other really good books. Untamed & Unabashed was not selected. However, it did go on to have a fair showing.

Finally, those in the first books selected have been published, I'm assessing how those that were chosen have done. Was the offer of promotion worth the incredible hurdles? I think it was, but it's not as impressive as I'd thought it would be.

In the year 2112, technology has advanced and immortality is nearly achieved--at least for those who can afford it. Those born before the stemgineering revolution, or TrueElderly, soon discover the problems of advanced age. This is just the beginning, as an avalanche of new problems is waiting on humanity's doorstep. For enthusiastic salesman Dylan Dansby, selling an innovative new product to combat these problems could be a career defining opportunity--but Dylan's selling a product he doesn't believe in, and one that might just work a little too well . . .
And How is it doing after 11 days?
On April 4th, it was 6,877 in overall rankings
On Sci-Fi classifications it was #49,#60, #68 in technothriller & genentic engineerings

And reviews...how is that going?
Clearly, the promise of free books so reviewers could give their opinion before they were ever published appears to be a bust.

$3.99
The Forest of Forever
by
Rob Blackwell

Soren Chase’s life was shattered eight years ago after an encounter with a supernatural being left three friends dead and him branded as a murderer. Since then, he’s become a paranormal investigator, facing off against a host of deadly creatures. But his investigation into the haunted Reapoke woods may be his most dangerous case yet.

Something evil is lurking in the forest. Some say it’s the ghost of a preacher who vanished two centuries ago; others claim the woods are the site of sinister experiments by a shadowy organization. Hired to find a missing girl, Soren is determined to learn the truth. But what he discovers is far darker than he imagines—and it may force him to confront his own tragic past.

From the author of the bestselling Sanheim Chronicles, The Forest of Forever is the start of a new series that mixes urban fantasy, mystery, and suspense into a novel that you can’t put down. Because nothing is what it seems in The Forest of Forever, and once you enter, you may never leave . . .

In reviews is has done better, but nothing extraordinary.
15 Reviews. All 5* but for one 1*
But again, nothing that a normal self publishing author couldn't achieve.

Eddie and Sunny have never had anything in life save for each other's love. For months they've lived out of their car with their young son, and the stress of it all has driven pregnant Sunny to the point she wants to ditch Eddie and her kid and vanish from the life Eddie's tried so futilely to build for them in rural North Carolina.


When they stop at an abandoned service station, the point is just to survive another night in their car. But inside they discover a marijuana grow operation, cash, and a stockpile of weapons. As they leave, the owners arrive and Sunny is forced to shoot the dealers to save her family. Eddie and Sunny become fugitives of the law and the drug dealers' kin, and while on the run they become separated with each believing the other has been killed in an act of retribution.
Eddie & Sunny is the story of a family finding its soul, but to do so they have to lose one another first. It is a story of hope, love, and the American Dream.


Enter into the life of an ideal family--Auggie is a happy nine-year-old boy whose father, Keith, loves him more than anything. Keith's life seems ideal--until one day Auggie vanishes. A year has passed since Keith's son disappeared, and he's haunted by glimpses of his son appearing in his small Maine town. With the investigation at a dead end and his family paralyzed with grief, Keith worries that he's losing his mind. In a thrilling twist, the case turns in a new direction--a direction that could either heal his family or tear them, and the rest of the town, apart.

A month + later, it's #3773 on the main Amazon list and #25 on Kidnapping (which makes me conclude kidapping is a hot topic just now.)

And finally, I evaluate two authors who are best sellers with many best sellers' before they submitted a book to Amazon Publishing.

Publication Date: March 3, 2015
Crime, Murder
In the streets of Los Angeles, a sniper is hunting cops. Panic grips the city as the death toll mounts. Fighting bureaucratic oversight, task-force politics, and media interference, LAPD Detective Daniel Kane tracks the killer, embarking on the most terrifying investigation of his career. Building to an electrifying climax, L.A. Sniper tells a story of heartbreak and loss, of love and redemption, and surprisingly, of hope.

thus 44 is not so impressive. I'm sure it will continue to grow, but still, it seems to be within his past successes.

It is possible the publicity of book 4 will cause readers to begin at book 1 and read the entire series. And that might be worth the slightly lower price and reduce royalities the author is receiving on book 4. (Author self published the other books) Although, book 1 may have been reclaimed from a publisher and republished, given its later publishing day. Thus, all reviews would have been lost, and then the 137 reviews is more impressive.

$3.99
The Game Master
by
William Bernhardt

It’s not whether you live or die, it’s how you play the game.

While in Vegas for the American Poker Grand Slam, BB Thomas—the Game Master—is suddenly arrested by the FBI and taken to a top-secret laboratory. A scientist has been murdered in a bizarre manner, and BB’s daughter has been kidnapped. Reluctantly joining forces with his ex-wife, Linden, BB plunges into a labyrinthine mystery incorporating the world’s oldest and best-known games and taking them to Paris, Dubai, Pyongyang, and Alexandria. Pursued by a relentless FBI agent and an unknown assailant who wants him stopped at any cost, BB races to uncover an insidious plot involving secret societies, ancient cover-ups, and savage vengeance. Someone is playing a deadly game, and the object is the destruction of every government on the face of the earth—no matter how many people die in the process.

William Bernhardt is a well know crime author, who has published over 30 best selling books.

A month after it's release, it remains #545 on the main best selling list.
It's #2,#2,#6 in the genre lists of Int'l Conspiracies and Crime.

His ebooks have tended to be higher priced in the past and his review numbers have been from 20-30. For some reason people love to read him but not write reviews, so his reviews numbers are good for him.

In the past, he appears to have used Random House and various small publishing firms recently, thus for him, the increased share of royalties might have made this worth the effort.

And how did my book, Untamed & Unashamed fare in comparison?

Elizabeth Bennet told her story in Pride and Prejudice. Now Lydia Bennet tells her side of her whirlwind marriage to Lieutenant Wickham. As the youngest of five daughters with a pittance of a dowry and no hope for a good marriage, it appears her life is doomed from the start. But Lydia refuses to accept such a possibility. She learns how to set herself apart from her sisters and gain the attention of young men. She hones charm and flirtation to an art. Willing to take risks, she manages to acquire a substantial dowry and marries her beloved Wickham. Yet, her life remains on the brink until she gains the patronage of a wealthy Duke trapped in a loveless marriage.


—quote by Elizabeth Bennet from Pride and Prejudice by Jane Austen


The highest I ever made on the ranks were during a 99 cent promotion.


But it's not a part of a series. My series have always sold better.

Thus, I believe Amazon can help improve your sales, however, it doesn't seem to heighten your popularity a great deal or get you a great deal of additional reviews.


While it may be faster than Random House to publish and will certainly improve your royalties from such a source, it may be slower to publish to what an indie-author can manage on their own.

I'll return to these books in a few months and then we'll be able to see if Amazon provides a longevity that an author on their own cannot maintain. For that might be worth the torture of the process.

Email ThisBlogThis!Share to TwitterShare to FacebookShare to Pinterest
Labels: Kindle Scout Publishing, Liza assesses some of the first batch of books out.