Liza hosts and reviews A Pretty Penny by Neva Brown

Hello all, today I have Neva Brown and her book A Pretty Penny, and boy does it sound good! 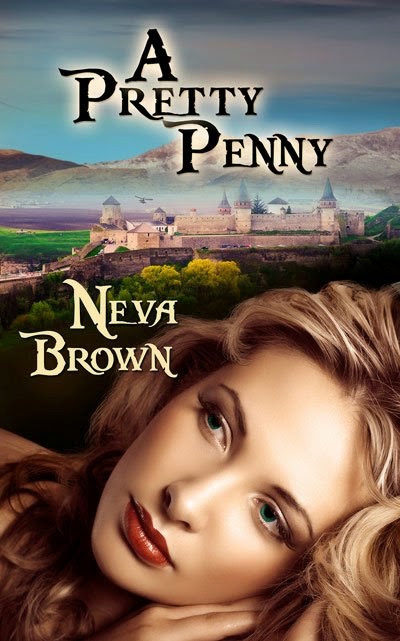 Clayton Brandt knows the cost of a woman but he never knew the value of a woman until Penny, quiet, efficient, and determined, invades his workplace then his life.

Penny, inadvertently, sets off a chain of events that threatens her life and the happy-ever-after that she hoped for with Clayton.

How they navigate through government agents’ plans, vindictive women's plans, and their vastly different upbringing to find common ground to nurture a love that clings through all the troubles and trials takes the reader on a compelling vicarious journey.

Clayton stormed through the door in a rage. He was dirty, face blistered, and anger oozed from every pore in his body.

“Ms. Jones, get into my office. You have some explaining to do. I knew the minute I laid eyes on you that you were trouble. How you pulled the wool over Wilma’s eyes, I’ll never know, but it doesn’t really matter, since your stint at Brandt Enterprises is probably going to be the shortest on record.”

She followed him through the door. When he turned to glare at her, she was standing stone-still framed by the light of the outer office. Her blonde hair looked like a halo around her pixie face that was white but calm as she waited. Her pale blue T shirt and gauzy broomstick skirt reflected enough of the light to make her look not quite real. He wanted to take her in his arms and absorb that heavenly quiet calm that seemed to protect her. Heaven help him!  He needed peace and peace could not be found.

Angry at himself now for letting his thoughts be diverted, he all but shouted “I’ve spent the last few days shouting over the roar of welding machines trying to pacify three temperamental old geezers that call themselves artists. I’d expected to find peace and quiet when I got home, but no such luck. Just what did you do or say to Velma? She’s been in bed with a migraine since her encounter with you. She says you were completely disrespectful to her and that she will not tolerate you in her house. Now speak up, and it better be good.”

“I was not aware that I was living in her house,” Penny said.

He had caught his breath….

A Pretty Penny is a fun romantic suspense thriller.

It begins with a grumpy boss and a fabulous competent young woman named, you guessed it, Miss Penny. In Penny’s mind she’s still married, so she finds the obnoxious rich guy annoying, but he’s her new boss, so she deals with it. The love of her life died by bull (he was a bullrider). Sorry, I couldn’t resist.

What she doesn’t know is the reason her boss is being such a jerk is because he’s very attracted to her and he doesn’t want to be. He’s got enough trying women in his life.

These two are very different. She’s only loved one guy, her bull riding husband, while he’s a total tomcat who will jump anything that catches his eye. Needless to say this relationship has some major hurdles to overcome.

Making matters worse, someone wants to destroy everything wealthy Clayton has created and that includes killing the pretty Miss Penny that he’s fallen head over heels in love with.

This story entertained from beginning to end. And the surprises don't stop coming--even when you think they should.