Today, I have found a talented and delightful author, J.M. Maurer to share with you. Let me ask her a few questions and you'll see why I like her. She has my sense of humor.

1) If money were not an object, where would you most like to live?

J.M.: Belgium; where I could over-indulge on the best chocolate—forever!

2) Tell us something crazy you’ve done and why you did it.

J.M.: I juggled 3 tennis balls during an 8th grade health class, the 35 minutes of burning in my arms making me second-guess whether it was worth the 5 extra credit points that I needed to go from a B+ to an A. J

3) What is the one question you wish an interviewer would ask you?

J.M.: If you were receiving a major literary award and you were about to go onstage with Chris Hemsworth but noticed his fly was down, would you let them know and how would you do it?

Darn! I wish I had asked that! Well let's check our her debut novel and her recently released second novel. 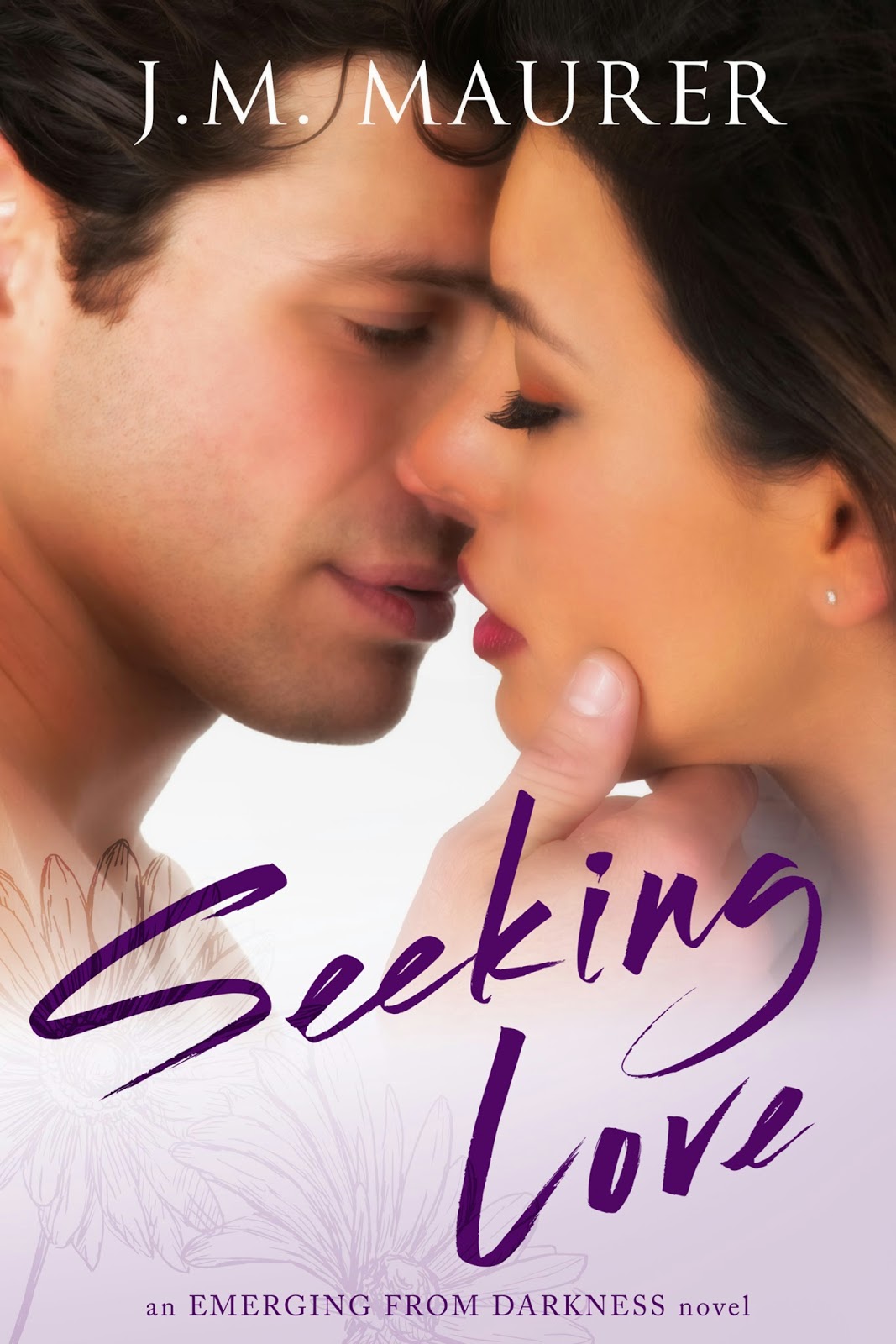 Every day, Jessica Winters does what she does best—bury herself in patient care within the walls of the neuro intensive care unit, keeping herself busy to escape the dark sadness that controls her life. But the day she sees Matthew Moi, the intriguing man seated at her new patient’s bedside, her shattered heart begins to frantically beat once again.

As Matthew pins his mesmerizing gaze upon her, trying to distract her with his humorous and playful banter, she does her best to ignore him. Somehow he already knows a great deal about her, breaking down Jessica’s barriers and awakening her soul, drawing her out of the darkness and into his arms.

When her painful past resurfaces, revealing truths that threaten her future, Jessica struggles through her issues and fights to stay on a healing path . . . seeking love.

One thing I knew: I wasn’t that woman anymore. I wouldn’t be her anymore.

My heart was racing at the thought of being separated from Matthew by only the door, and I watched as it opened, knowing he stood mere feet away. I drew in a deep breath to calm my frantic nerves and steady my racing heart. It was the moment my eyes would see him again, and the same moment I knew all involuntary muscle movements would cease.

As Matthew stepped in and around the door, his alluring eyes captured me. The feeling was nothing new. I’d been imprisoned by his gaze before. And locked in it again, I watched as he drifted to me, the indisputable chemistry between us palpable and absolute. His mesmerizing eyes had hypnotized my burning soul, completely bewitching me.

“Hello, Jessica,” he murmured, pointing to an open area of the bed. “Mind if I sit?”

I gave a slight shake of my head, having difficulty forming the simple word “no,” and watched as he made himself comfortable facing me. His crisp charcoal-colored trousers bunched as he scooted on the bed. My sight roamed along his classic plum-colored dress shirt and stopped searching once I focused on his face. 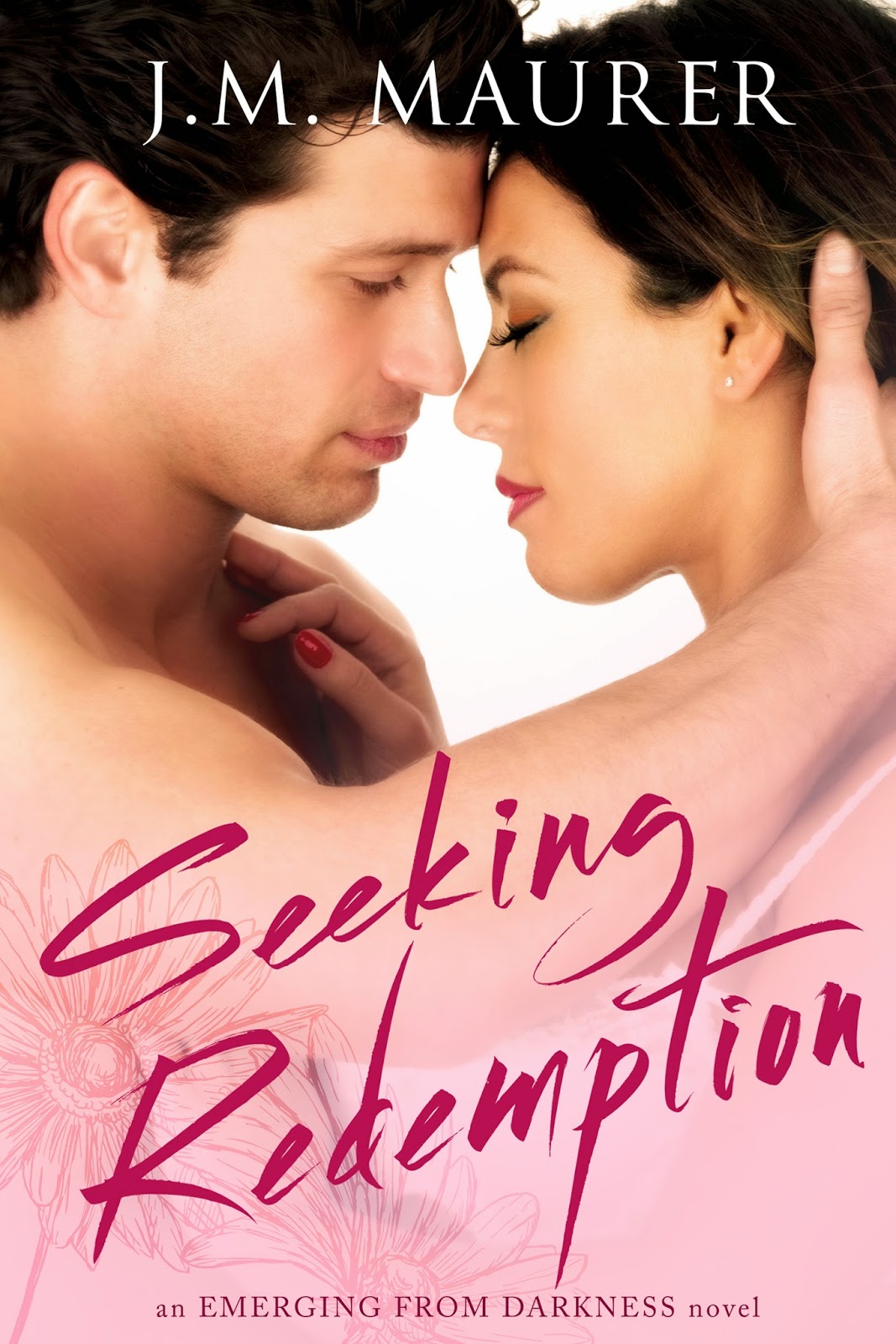 After surviving a bitter divorce and emerging from a darkness that became all too familiar, Jessica finds herself on top of the world, her soulful awakening allowing her to feel again, trust again, and even love again. Her painful past, however, is relentless, both physically and emotionally, bombarding her daily and not allowing her to overcome the lingering demons that ultimately control her life.

As Matthew lovingly guides her toward a healthy future, his own secrets become known, threatening to destroy the trusting relationship that had quickly grown between them. But despite what life throws her way, Jessica pledges to put the past in the past, accepting that events are often out of her control. She fights for a future with the man who drew her out of the darkness, steering her onto a healing path . . . seeking redemption.

Grandma O flipped the light switch to what she called my office and stood just inside the door, her soft features and gentle smile inviting me in. I shivered, poised one step away, with a strange yet familiar emotion rushing through me—an awareness that the instant I entered, my life would be forever changed. Again.

Was this Matthew’s plan all along? They all seemed in on it, the thought making me feel railroaded and agitated, yet oddly aroused and enchanted too. Unsure how to deal with such conflicting emotions, I moved forward, looking to Grandma O for answers as I walked through.

The office was spacious, slightly smaller than Matthew’s, with a mahogany desk in the far corner and in front of an expansive bank of floor-to-ceiling windows. I ran my fingertips along the colorful wall of psychology books and periodicals as I walked along, passing a leather couch on my way to the desk, my desk, and paused in front of an empty nook within the bookcase.

It struck me as odd, the cold wooden surface needing something to spruce it up, make it mine. I had to think about that, my anxiety making it difficult to ponder the issue, my restlessness preventing me from staying in one place.

I moved to the windows and stared out the tiny cracks between the blinds, the world outside just as complicated as the one I had chosen to live in.

“We all read your master’s thesis,” Grandma O said, her voice pulling me out of my thoughts.
“It’s obvious you have a natural gift for research and writing.”

I turned and looked at her, questioning how they’d gotten their hands on a copy.

Sedation in the ICU: Patient Accounts of Their Dreams, Their Pain, Their Fears; I hadn’t published it. As it was, after countless hours revisiting old charts and conducting hundreds of interviews, I’d never been more nervous or scared the instant it was pulled from my tight grip to be placed into the hands of someone who would actually read it. There was no way I’d ever publish it, opening myself up to a world filled with critics.

“If you’re wondering, Dr. Moi is a personal friend of Professor Marienetti. The sexual fantasies accounted for and described within your research were fascinating, probably more so than Dr. Marienetti could digest. We’re baffled as to why you chose not to publish. The results, Jess, are far reaching, from ICUs to dentists’ offices. You have a special gift; embrace it.”

She walked toward me and leaned her back against the wall, her gaze drinking in the room.
“This office has been vacant, just waiting for you. You could do great things here.” She patted my arm, her grandmotherly smile telling me it would all be okay. “I’m next door if you need anything.”

Embrace it, I thought, watching as she walked out the door. I’d heard that advice before—from Matthew. I sighed and looked down upon the desk, the one I knew would take me a while to start calling my own.

My desk, my office, my couch, it all sounded quite foreign. I wasn’t sure if I liked it or not.

JM Maurer lives with her family in Chicago. She makes it a point to never work on a full moon and cringes when a coworker uses the “Q” word—never, ever say, “It’s a quiet day today," at her day job.

Known for being overly superstitious, she can usually be found scraping at the remnants of a Nutella container, screaming at a hockey game, or putting pen to paper, allowing the “real” crazy voices in her head to come alive. And after all this, it’s no wonder she’s an incurable romantic and loves escaping the rat race of life to immerse herself inside the world of a really good romance book . . . because, after all, what’s better than a happily-ever-after?