The authors say you have 21 reasons to read this collection, but I count 23 reasons.

First, you get 21 sizzling stories
Second, it's only 99 cents right now.
Third, there's a rafflecopter where one lucky commenter will receive a
$25 Amazon/BN Gift Card.

That makes 23 excellent reasons to read on. 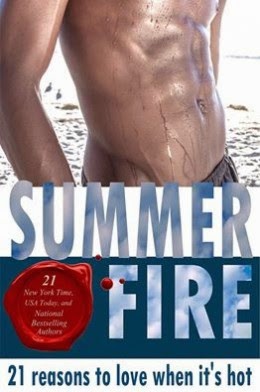 Love when it’s hot? So do we. Especially when we’re writing about gritty alphas, angsty bad boys, sizzling attraction, and unrequited passion. Turn the fan to oscillate and join us for this steamy, groundbreaking bundle of summer tales that are hot hot hot.

from
"A Season in Gemini"
by Victoria Danann

Garland pulled up in front of her building, grabbed the rolling suitcase with essential stuff, smiled at Max, the doorman, and gave him the car keys so that he could have the car parked in a two thousand dollars per month garage spot nearby. She might not use it again for weeks, or even months, but it was nice to know she could.

“I’m home!” She took a deep breath and called out to anyone who might be in the flat. Since it was Sunday that would probably be either her father or no one.

She walked the length of the kitchen and beyond to a small, but elegant and sunny breakfast room that overlooked Central Park and was rarely seen by anyone other than the two living St. Germaines and staff.

“I say, ‘I’m home!’”, she repeated as she flopped into a chair opposite where her dad was having coffee and reading the paper.

David St. Germaine looked over the top of the Wall Street Journal. “So I see.”

He slid a section of the Sunday Times toward where she sat across the glass top table. “I second the ‘wow’.”

Before looking down at whatever he wanted her to see, she could tell that he was the farthest thing from happy. When she’d seen him two days before at graduation, he’d been delighted. He and his date for the day. Garland didn’t remember her name. There was no point. Her father rarely saw women more than once.

On the cusp of fifty, he was still handsome, with a little silver above his ears and a tan that never faded completely because he made a point of sailing twice a month, when weather and business permitted. He’d been referred to as ‘eligible bachelor’ in the, ahem, society pages more than once, but Garland doubted the veracity of that claim. Since her mother’s death, he hadn’t given anyone reason to think he was ‘eligible’.

Garland tore her eyes away from his scowl, not his most attractive expression, to look at the paper in front of her. The front and center color image was none other than herself wearing a short sparkly dress that had ridden far too high as she fell backwards spilling a colorful beverage when she went sprawling into the laps of laughing friends.

The headline read, “Germane Enterprises Princess Out on the Town. Daddy’s little girl lets her hair down and her skirt up.”

As she stared at the page, her father said, “Nice dress,” in a tone dripping with sarcasm.

Without looking up, she said quietly, “We were just having some fun. We just graduated…”

“How many times have I told you that what you do reflects on me? And, by extension, on Germane Enterprises?”

She met his glare. “Thousands.” 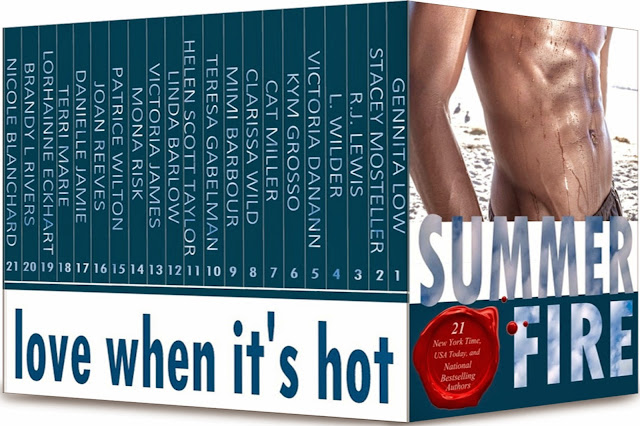