Today, I have the incomparable Ella Quinn.
She'll be giving away a book to one lucky commenter. So practice on your commenting skills because she is a fabulous author, and you will want the book. 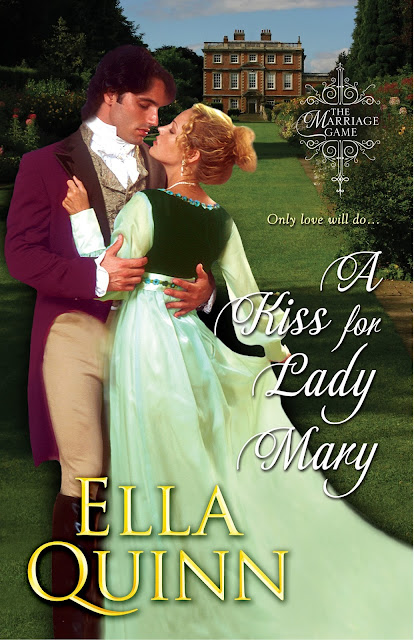 Ella Quinn’s bachelors do as they like and take what they want. But when the objects of their desire are bold, beautiful women, the rules of the game always seem to change…

Handsome, charming, and heir to a powerful Viscount, Christopher “Kit” Featherton is everything a woman could want—except interested in marriage. So when he hears that someone on his estate near the Scottish border is claiming to be his wife, Kit sets off to investigate.

Since her parents’ death, Lady Mary Tolliver has been hounded by her cousin, a fortune-hunting fool after her inheritance. Refusing to settle for anything less than love, Mary escapes to the isolated estate of rakish bachelor, Kit Featherton. Knowing he prefers Court to the country, she believes she will be safe. But when Kit unexpectedly returns, her pretend marriage begins to feel seductively real…

A Kiss for Lady Mary excerpt – Reader’s Entertainment
Kit looked out the window as Mary and the rest of the ladies returned. Her chin had a mulish cast, and he wished he knew what the others had said to her.
“Have you told her how lovely you think she is?” Marcus asked as he glanced out the window.
Kit dragged his gaze from her. “That would be forward.”
“Good God, man.” Huntley dropped his head into his hands. “Every woman likes to be complimented.”
That wasn’t fair. Kit did flatter her. He sniffed. “I do. I tell her what an excellent job she’s done with Rose Hill.”
“We could just take him out and shoot him now,” Rutherford said to no one in particular. “It would put him out of his misery and ours.”
“It’s a good thing”—Marcus gave a rueful smile—“you have us here to help you.”
Huntley refilled Kit’s glass. “When being courted, a lady wants to be told she is beautiful and desirable, not that she is a good land steward.”
“They also need to be kissed.” Rutherford shook his head in disgust when Kit scowled. “I think you’re making a mistake. The normal rules of polite behavior do not apply to courting, but if you’re not going to kiss her, then you must figure out some way to be more attentive. She probably doesn’t realize you’re even interested in her.”
It wasn’t that he didn’t want to kiss Mary. Her lips drew him like a siren’s call, but he’d made a habit of correct behavior, and his friends’ advice went against everything he considered honorable. On the other hand, he was becoming desperate, and they could be right. What if he had given her the wrong idea?
“Very well.” Kit took a swallow of the sherry. “I will do as you suggest. If she slaps me, I’ll blame it on you.”
“Here they come.” Huntley grabbed the tumbler from Kit’s hand. “Now tell her how much the fresh air agrees with her. That she has roses in her cheeks or something like that.”
The door opened and the ladies strolled in, all of them but Mary with broad smiles for their men. Kit moved toward her, took her hand, and gave her his most charming smile. “How lovely you look. The fresh air agrees with you.”
God, he sounded like an idiot.
Her eyes widened, and her cheeks turned a pretty shade of pink. “Thank you.”
Well, perhaps not so much of an idiot. She seemed to enjoy the accolade, and she hadn’t even looked as if she wanted to hit him. This wasn’t so bad after all 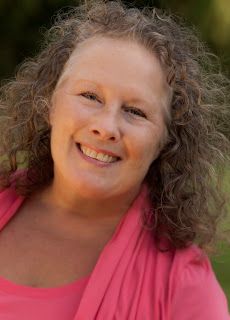 Bestselling author Ella Quinn’s studies and other jobs have always been on the serious side. Reading historical romances, especially Regencies, were her escape. Eventually her love of historical novels led her to start writing them. She has just finished her first series, The Marriage Game, and her new series will start in April 2016.

She is married to her wonderful husband of over thirty years. They have a son and granddaughter, one cat and a dog. After living in the South Pacific, Central America, North Africa, England and Europe, she and her husband decided to make their dreams come true and are now living on a sailboat cruising the Caribbean and North America.

She loves having readers connect with her.

Email ThisBlogThis!Share to TwitterShare to FacebookShare to Pinterest
Labels: A Kiss for Lady Mary, Ella Quinn, Regency, The Marriage Game