Jack invites me to a Zombie BBQ. Dare I go?

Happy July 4th
the day of over indulgence in all forms.

I was watching a squirrel try to get into my bird feeder when the phone rang.  It was Jack Kershaw, one of my favorite zombies. 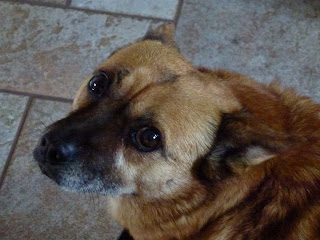 "The usual," I said.  "The scent of lighter fluid fumes, mass explosions, and a traumatized dog.  What about you?"

"I just got a smoker, and I'm testing it out this weekend, and if you didn't have any plans, I wanted to invite you!"

I tried to cut him off, but he just kept on going.

"I've been testing out a new dry rub, and I've got the Franklin Barbecue cookbook, and it's going to be great.  I'm going to do the meat Texas-style-- it's all about the cookie and having a good crust and cooking low and slow and all that.  You ever watch Barbecue Wars, on the Food Network?"

“We don’t mind. The more varied, the merrier.”

A new worry tickled my brain. “What kind of meat are you using, anyway?"

There was a brief moment of silence.  "Well, we'll have some other food, too.  I'm making the pimento cheese right now."

While I’m not a fan of pimentos and cheese makes me ill, it sounded much better than dead human cooked in a smoker. "It's just cheese dip, right?  You didn’t throw in bits of dead bodies to liven it up a bit, did you?"

"The dip's fine.  You might want to stay away from the crackers, though."

I sighed. The crackers were the only item I had thought I could eat. The idea of being a starving live person among a bunch of hungry dead people didn’t sound like a good idea. "Much as I appreciate the offer, I think I have other plans."

"Are you sure?  Do you want to come for fireworks?"

The squirrel was swinging from the bottom of the feeder, his feet pedaling like he was on a bicycle.  He was a determined little guy.  "What, home fireworks?  I’m pretty sure they’re illegal in Massachusetts." That’s where you live, right?

Writes note to self to avoid Massachusetts.
"If you check the internet, it says no illegal firework displays. It’s the same here in New Jersey."

"Really?  I wondered why Arturo wanted to drive to a place in New Hampshire.  Anyway, you haven't lived until you've seen a bunch of dead guys set off fireworks.  We are the ultimate 'Hold my beer and watch this' gang.  Last year I was shooting off a Roman candle from my mouth, and the thing misfired..."

"All right," I said.  "I'm skipping the barbecue, but I'll be there after dark for the fireworks." Then a point of concern made me reconsider.  “Your friends won’t bite me, will they? I’m working on a four book series, I don’t have time to die right now.”

“You’ll be fine. Come! You’ve never truly lived until you party with the dead.”

Read more with Jack in Zombies in Love, now available as an audiobook!
http://www.audible.com/pd/Sci-Fi-Fantasy/Zombies-in-Love-Audiobook/B010N3EHP2 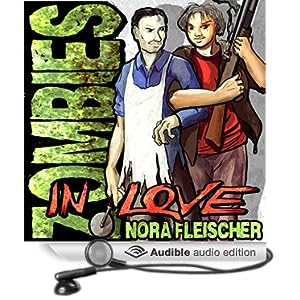 And until the 5th of July, Zombies in Love is free on Amazon!
Posted by Liza O'Connor at 12:00 AM