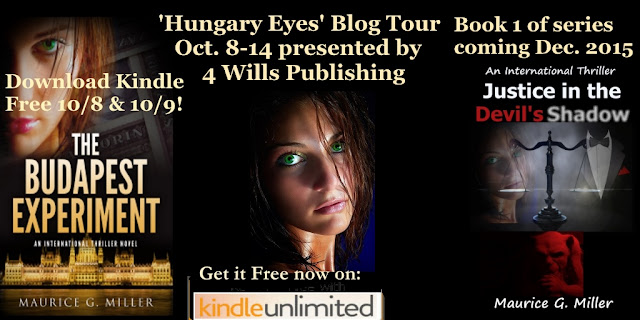 First, I would like to thank my gracious host for giving me the privilege to guest blog here on the final stop of my weeklong tour. Also, a debt of gratitude to 4 Wills Publishing for organizing all this. You can click here to get more info on all of the past tour stop dates and locations. My sincere thanks to all that have joined me for part or all of this tour. I hope you found it thoughtful and entertaining.

Please be sure to leave comments/questions/feedback at the end of the post, they are much appreciated.

Here we are at the famous final scene, the last stop on the blog tour. Where do I stand now and where am I going? First a brief update on my self-publishing journey.

Navigating the Self-Publishing Storm – Dead Calm
I’ve made it through the initial waves of the storm. Eighteen months’ worth of writing, editing, anxiety, formatting, book cover creation, writing a blurb, self-doubt, launch promo, platform building, and experiencing all the ups and downs that go along with being a newbie Indie Author. In the end, with great pride, I can say that I have succeeded in fulfilling a lifelong dream of publishing a full length novel.

Sails no longer billowing in the wind, there is a feeling of lost control, as I set adrift on a “dead calm” sea. It is a time for continued writing, reflection, planning, waiting for reviews and feedback, and hoping that readers will find my work both enjoyable and entertaining.

This tranquil condition does not mean that work has stopped in keeping this boat running and afloat. On the contrary, with the next storm brewing somewhere out there on the horizon, vigilance, preparedness, and due diligence are all necessary as we look to find the most effective ways to market, promote, and create awareness for our art.

But here, in this state, there is also a sense of short term relief from the anxiety. A feeling that you don’t need to be as “rushed” as you made yourself to be when you began this journey. You realize that this voyage has just begun and the course set out for you will be long, at times difficult, and always unpredictable.

In preparing for launch, it didn’t take long to learn that you should not set your expectations too high, in terms of immediate sales, for the release of your first book. I have been pretty happy with my results so far, going in and out of the “top 100 paid” in the “Financial Thriller” Kindle category, and in the top 300-600 of Books> “Organized Crime” category. During some of my promos I have gone as high as #2 Top 100 Free and #13 Top 100 Paid Financial Thrillers and top #100 in Organized Crime.

I pray every day for the reviews to come back from those bloggers and reviewers that have sent me direct requests for (mostly) print copies to read and review. Part of the anxiety in waiting for these reviews is knowing that if they are favorable they may help with gaining exposure and boosting sales. The other takeaway from reviews, which to me as a new author is even more important, is providing a benchmark to evaluate and hopefully improve my writing style and skills.

It can be excruciatingly difficult for newly published authors, in a society that puts a premium on instant gratification, to exercise patience and persistence. We are all aware of cases where eventual bestselling books and authors lay dormant for months, or even years, after initial release before realizing ultimate success. Hang in there…

In celebration of our ‘Grand Finale’ stop on the tour, I’d like to take this opportunity to announce the upcoming release of the thrilling sequel to The Budapest Experiment. Book 1 of 3 in the ‘Hungary Eyes’ series, ‘Justice in the Devil’s Shadow,’ is scheduled for release in mid-December 2015.

Looking ahead into the sequel we find Michael, our protagonist, thinking he is on the verge of getting out from the clutches of the Mob, instead falling deeper into its grasp. After a test of loyalty, he is made a financial offer by the ‘Organization’ that he can’t refuse, and eventually finds himself squeezed in a vice between the Mob and the FBI.

As CEO of a newly financed Mob company, a series of business transactions leads him on an adventurous ride from the streets of Budapest to Miami and Boston. Continued to be plagued by his conscience as he takes on this new endeavor, he wonders if there is any justice walking in the devil’s shadow.

Be sure to check our website for more updates as the release date gets closer.

The Budapest Experiment – Synopsis
At what price would you sell your soul...?

This captivating thriller weaves business, politics, seduction, power, and religion all into a compelling tale of international intrigue.

Set in 1991, during the dawn of the Post-Communist era in Hungary, this novel chronicles the exploits of Michael, an adventurous but struggling American entrepreneur.

During this period of tumultuous political, economic, and social change, the Russian Mob is taking advantage of the ensuing turmoil to entrench itself deeper into the business landscape of the former Soviet Bloc countries.

Navigating through the streets of Budapest, Michael immediately senses an air of mysticism and lurking danger. After a few successes and trials, a series of business dealings leads him to a consulting position with the 'Organization'.

Seduced by their women, money, and power, Michael becomes entangled in the web of Mob culture. Digging into his conscience, he encounters a spirit ravaged with feelings of guilt and betrayal, but a rapidly growing bank account serves as the means to justify his actions.

Pondering his future, Michael wonders if he can balance this extreme Budapest lifestyle with his ‘ordinary’ family life back home. After padding his wallet for the past several months, would the Organization let him just walk away, or would there be consequences?

This book is intended for mature audiences.
Sign Off

Again, I would like to thank 4 Wills Publishing for organizing and promoting the ‘Hungary Eyes’ blog tour. Be sure to check them out if you would like to do the same. My humble gratitude to all the kind hosts over the past week for allowing me to invade their domains. Finally a few other kudos to those who have been so influential in my writing career.

Rave Reviews Book Club - #RRBC - a group of authors and readers that read, review, support, and encourage each other.
Joanna Penn and J.A. Konrath – pioneers and mentors to those in the self-publishing industry.

In celebration of the blog tour, the Kindle version of The Budapest Experiment is available for download for just $.99. Just click on the Amazon page link below.
http://www.mauricegmiller.com/
http://www.amazon.com/dp/B00WHA3J0E

Author Bio
Maurice has been involved in the creative arts since his teenage years. Having worked and played in rock/blues bands for most of his adult life, the artistic role models that he came to admire were those authors, musicians, and philosophers that wrote the books, poetry, lyrics, and music that touched and moved the souls of generations. Counted among his favorites authors are J.D. Salinger, Earnest Hemingway, Dante Alighieri, and Kahlil Gibran. Deciding to take a break from the music career, he has rededicated his creative energies toward writing.

Then there is the "business geek" side of him. With an MBA degree, and having started several ventures, he has an obsession for creating new business ideas, digging into data analytics, and dissecting statistics. This passion for entrepreneurship is reflected prominently in his writing style.

Maurice's debut fictional novel, "The Budapest Experiment", an international thriller, was released on May 25, 2015 and is available now on Amazon.

Lots more can be found, including book info, social media contacts, and blog posts, at: http://www.mauricegmiller.com