Today, I have P.H. Turner over with her book Desert Heat. She also will be awarding a $20 Amazon/BN GC to a randomly drawn winner via rafflecopter during the tour. So let's get right to the sexy cowboy...oh be still my heart! 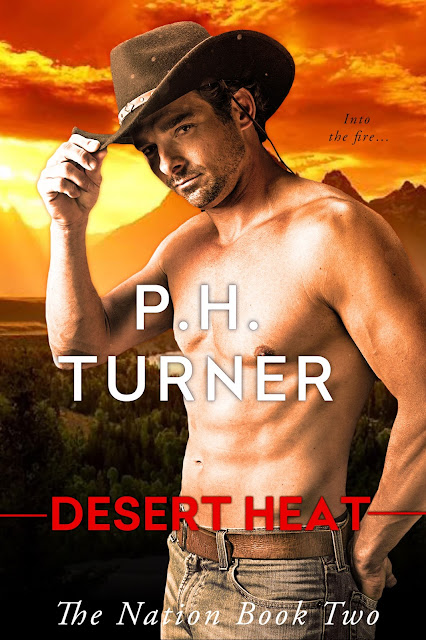 Social worker Jordan Bia finds a child who escaped her captors and a life in the sex trade, but four other girls from her small Mexican village were not so lucky. Smugglers hide their human cargo in the hoodoos of a remote canyon on the reservation—a place the Navajo shun, fearful of the witches who practice their black rituals and feast on the dark energy of evil. Mysterious rites, omens of death, and bodies litter the canyon.

When she meets Navajo police officer Sam Tohee, sparks fly fueled by the danger of hunting men who buy and sell little girls. Techno savvy Jordan plots to trap the smugglers and free the rest of the children, but unless she and Sam can find the power to defeat the witches she may not live long enough to save the girls.

I walked down the center of the shadowy street, far away from men who might slither out of alleys and doorways and grab me, a lone female. The woman whose child I had come to check on lived over a bar when she functioned well enough to remember where she lived. She and the child were nowhere to be found. I had tarried too long, and the night hovered under the thin crescent of moonlight that marked the time between the dark moon and the new moon. Clouds scuttled across the moon, darkening the sky.

The puny glow from the single streetlight outlined two men slouched between boarded-up buildings, smoking and swigging from bottles sheathed in tattered brown bags. They catcalled and hooted, "We got whatcha want, girlie." I scurried faster to my old Honda Civic, parked a block away. My heart pounded and my calves burned from the effort to put distance between me and their drunken lewdness.

Soft crying, a sound more like a wounded kitten than a person, stopped me in the middle of the street. I cocked my head toward the dim alley but only saw shadows. The pitiful sound drifted out, forlorn and frightened. I scanned the street for movement. No one was there. I walked on my toes to the mouth of the alley. Nothing stirred. Tiny fingers of light trickled into the alley from the streetlight. "Who's there?"

The crying became snuffling, and then silence.

Footsteps rustled. I called into the darkness, asking if anyone needed help. 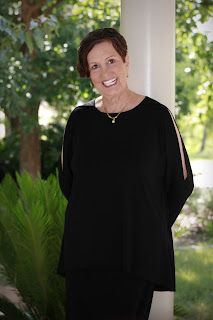 I call Austin, Texas home now after working on the East and West coasts, the Rocky Mountains, and an island in the Gulf of Mexico. I've come full circle to live and work close to the farm my family settled in the 1850's.

Truth is stranger than fiction, and years in the news business provided lots of peculiar characters and stories to write about. My books are set in my favorite places, the desert canyons and high mountains of the American West.

BE SURE TO ENTER THE RAFFLECOPTER

You could be the winner of the $20 Amazon/BN GC