Kim Hotzon shares A Time for Love in Paris

A Time for Love in Paris 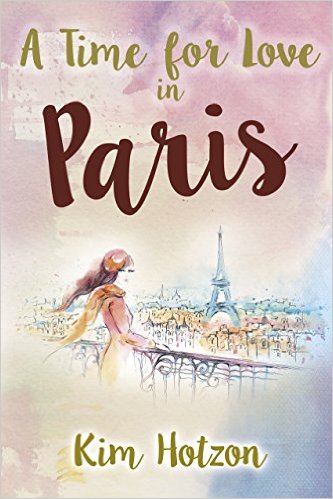 In 1975, Elise Sutherland, a young woman from Scotland, travels to Paris, France, to study art at the illustrious Fine Arts School of Paris. After stumbling upon a mysterious old book in the infamous Shakespeare & Company bookstore, she unwittingly travels back in time.


Elise finds Paris at the turn of the century a very different place and succumbs to the charms of Michel Flaubert, a masterful painter and sculptor.


As Michel’s career takes off, he discovers an unusual woman lurking inside his studio. There is simply no other woman in Paris like Elise. Though puzzled by her frequent disappearances, he finds himself infatuated.


Can the two star-crossed lovers find love at the brink of WWII?

Seeing it now, existing in the permanence of marble, pierced Elise’s thickly preserved armor. Her lover, the painter, promised an everlasting symbol of his love for her but she hadn’t had the chance to see it finished. She hadn’t forgotten his hands and the trembling vibration they caused as they connected with her naked skin. Her meticulous lover had demanded endless days of posing, sketching, and sculpting while their love had been born.


There had also been light. Indoor and outdoor light, morning light and candlelight. Sketching, en plein air. Halos of soft light shining from the glow of candles onto their nude bodies. He had loved her, after all.


Burning liquid filled Elise's eyes as she relived the pain of losing him. Like reopening an old wound, the scar tissue was peeled back, exposing the inner flesh inside. Her wound had been severe, bleeding and festering for decades. Elise hadn’t wanted this pain to consume her. She’d strived to forget him over the years. The shock of seeing the statue sent her tail-spinning into remorse and doubt. Did I make the right choice? Did I?


Her voice broke, barely a whisper. Snippets of memories and submerged bits flooded back. The proof of their love sat mere inches away from her, both frightening and exciting. Blinking, Elise released her hands from her throat, sliding them over her chest, settling on the slight hardening in her abdomen.


She pictured herself as the winsome young woman she once was. On the brink of adult life, with the world in front of her. Men who stopped as she passed by, whistling and admiring her femininity and natural allure.


She’d been sought after by a man who’d turned his studio upside down for her. His passion and his inspiration being her and her alone. Wonderful days filled with music, laughter, and the promise of romance.


And then, her lover had disappeared. 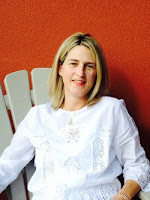 In October 2012, Kim Hotzon signed up as a volunteer with Developing World Connections, a Canadian non-profit organization. Partnering with the Rwandan based Building Bridges Rwanda, Kim journeyed to a rural village in Rwanda to help construct a community kitchen for genocide survivors.

Kim also wrote a short, contemporary romance, The Snow Bird, part of the anthology Sizzle In The Snow: A Soul Mate Christmas Collection, which hit the Top 100 in Anthologies on Amazon Canada. Her latest novel, A Time for Love in Paris, is a time travel romance, and chronicles the love story of a young woman, Elise Sutherland, and her love affair with a nineteenth century painter.

Ms. Hotzon lives in British Columbia with her husband and children, writing novels in between managing a vintage rental company and competing in dragon boat races.

Email ThisBlogThis!Share to TwitterShare to FacebookShare to Pinterest
Labels: A Time for Love in Paris, Kim Hotzon, Time Travel Romance