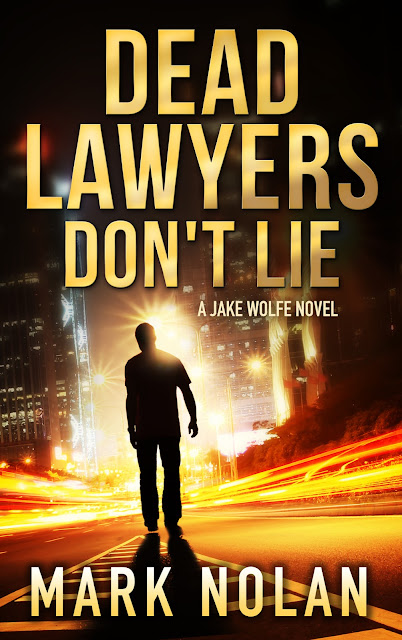 A mysterious killer who calls himself The Artist is assassinating wealthy lawyers in San Francisco. When photo-journalist Jake Wolfe accidentally takes his picture during a murder, The Artist adds Jake to his kill list and he becomes a target in a deadly game of cat and mouse that only one of them can survive. How far would you go to protect your family and friends from a killer? How many laws would you break? Jake is a veteran who wants to leave his past life behind him, but the reluctant, flawed hero finds that he can't ignore his duty and his personal moral compass.


This gripping thriller is full of suspense, plot twists and surprises. It features a cast of interesting characters, including several strong-willed women, two wise-cracking San Francisco Police Homicide Inspectors, one highly intelligent dog, and a philosophical killer who shares Jake's admiration for Van Gogh paintings but still plans to kill him anyway. As Jake gets closer to unraveling a merciless conspiracy, his life gets turned upside down and the danger level increases, adding to the growing suspense. This entertaining page-turner starts out as a murder mystery and then shifts gears into a high-speed action thriller that takes you on a roller-coaster ride to the riveting ending.

As photojournalist Jake observed the four lawyers playing golf, and recorded them on video, he felt a weird sense of impending danger and a tingling at the back of his neck. It was something he’d felt a few times while deployed in the military. He checked his car mirrors and looked around the area. But didn’t see anything unusual, so he turned his attention back to the golf foursome.

The lawyers were drinking their beers when they heard a strange muffled sound that seemed to come from the nearby trees. An area known to golfers as “the woods.” That noise was immediately followed by a dull thud that sounded like somebody getting punched hard in the chest by a fist.

Richard Caxton staggered backward several steps, dropped his beer and cigar, and fell flat on his back. The other lawyers gathered around him and they gasped in shock as they saw their friend groaning in agony and bleeding heavily from a sucking chest wound. In a split second, the once wealthy and seemingly invincible lawyer was suddenly dying on the lush green lawn with a look of total surprise on his face.

“Help me,” Caxton said in a hoarse voice, as foamy blood bubbled from his lips and from the hole in his chest.

“He must have been shot by a sniper,” one of the lawyers said, looking around in panic. “I think the shot came from the woods.”

The lawyers glanced at the woods and came to the realization that they could be shot next. Each of them had plenty of enemies and now they felt what it was like to be on the receiving end of an unstoppable power that could destroy their lives. One of the lawyers took off running towards the nearby clubhouse, and the other two quickly ran after him. None of the men tried to help Caxton. It was every lawyer for himself.

As Caxton was dying, he wondered if one of his law firm’s many victims might have sought justice through revenge. So many people hated him; it made a long list. At 12:18 pm Pacific Time, Caxton let out a final gasp of breath, his dishonest heart stopped beating, and his days of lying for a living came to an end.

A Rocky start, but what an intriguing story!

I know some people say that when you read a book ‘he said’, ‘she said’ or ‘somebody said’ are ignored by the reader. Not true if there are 3,344 occasions of the annoying word. Honestly, I was thinking about ditching the book given its massive size and all the further ‘saids’ before me. But the story line was unique and intriguing. So I tried very hard to ignore the 3,344 'saids' and read on.

One-quarter into this story, I was very angry at the editor for allowing the mass “said” debacle and suspicious of the author's writing abilities for his need to write such a huge book to tell his tale.  I, at this point, had dropped the book down to a 4 star. Any lower, and I would stop reading because I don’t waste my time writing negative reviews. The one-star drop was solely for the 3,344 ‘saids’.  Tell me a fine tale and it could go up. Bore me even once and I stop reading.

So I read on, and on, finally reaching the end. The book is funny, satirical, serious, disturbing, sweet, outrageous, thought-provoking, non-stop high action, and I’m very glad I read it. Other than the ‘said’ debacle this is a fabulous story. So I give it a 4.5.  Normally, I would round up, but the ‘said’ problem is grievous enough that I have to round down, which saddens me, for otherwise, it’s a fun adventurous read.

This book would make an excellent audible book, but the author will have to clean up the ‘said’ debacle before he does. No one wants to hear the word ‘said’ spoken 3,344 times. 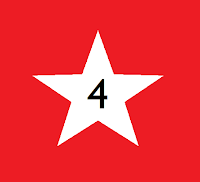 Mark Nolan began his writing career as a successful entrepreneur who created news stories for businesses that were featured in The Wall Street Journal, National Geographic, Parade, Readers Digest and Associated Press. Nolan was born in San Francisco, grew up in the Bay Area of California and has also lived in the Pacific Northwest and Hawaii.