THE PLEASURE PRINCIPLE
by Kimberly Adkins 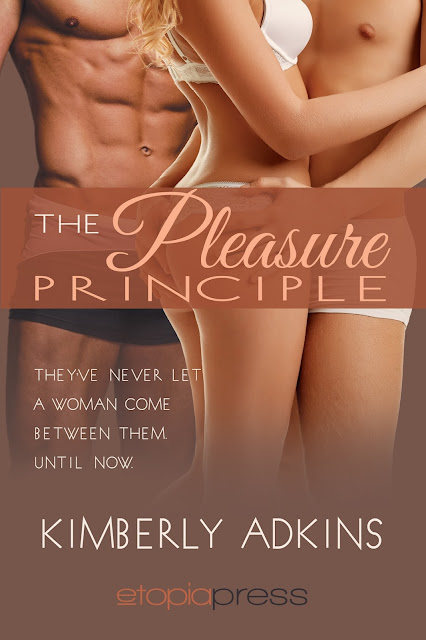 Anderson Cain and Julian Brax have been best friends since college, two men with very strict—and very different—approaches to finding love: one by studying the physical act of sex, the other by mastering the art of dominance and control. But throughout their relationship, one thing has remained a constant: They've never let a woman come between them. Until now.

Shy and mousy Alice Dahl spends her days cleaning houses for clients who value discretion. In her bulky uniform, glasses, and cap, she appears non-descript and unobtrusive, and does her job without asking questions. Until she begins working for the secretive, and stunningly gorgeous, Dr. Anderson Cain, who awakens a sexual longing in her that she can’t ignore. A new woman comes home with Dr. Cain nearly once a month—and that’s about how long they last. Alicia longs to have a chance to be with him, even though she knows that’s ridiculous. But when her curiosity lures her into his forbidden study, she can’t resist peeking at his notes. And what she finds astounds her. Dr. Cain is researching the subject of sexual pleasure. Even just skimming over the experiments arouses her as he describes each subject’s threshold of pleasure and the methods used to achieve climax. And she finds the venue where he meets his subjects: Damsels, a secretive BDSM club in the heart of the French Quarter.

Determined to take a chance, for once, Alice embarks on a masquerade into the exclusive New Orleans underworld of Dominants and Submissives. Her stunning makeover gains her admittance at Damsels, but the owner of the Club, Julian Brax, senses her innocence the moment he sees her. The Dom inside him feels a powerful and all-consuming need to protect her and make her his own. Until he finds out that the girl he’s set his heart upon is his friend Anderson’s next subject. They’ve never let a woman come between them before. Perhaps this time, they might enjoy it…

She ran the pads of her fingertips along the rough brick wall as she walked around the corner. Though she knew she should take off the glossy red paint, she hadn’t done it. Something about it made her feel sexy and a little decadent. She came to the wrought iron gate and looked inside. The area appeared to be empty, until she saw something in the far corner.

A man in tight blue jeans leaned over the side of a large motorcycle. His thighs were muscular and flexed when he reached forward for his helmet. Alice felt a wave of desire pass through her body and she couldn’t believe how she was reacting to a glimpse of some stranger on the other side of a courtyard.

A hot stranger, she reminded herself.

He put the helmet on with his back still to her and gracefully swung his right leg over the bike, straddling the powerful machine as he cranked it on.

Alice was light-headed and she held tight to the curling design on the gate. Butterflies swarmed in the pit of her stomach when she saw him notice her, standing there like a statue. She should probably move, or he wouldn’t be able to get out. But instead of rolling forward like she’d expected, the rider turned off the engine and climbed down. He walked toward her, his fingers unstrapping the helmet as he came closer.

With one swift movement he removed the helmet and tucked it under his arm, allowing his long black hair to fall over his shoulders. It was Julian Brax and she could tell he was holding back his emotions by the look on his face. He was still angry at her, then, for the part she’d played the evening before. Coming here to face him was probably a mistake. And he was quick to cross the courtyard to let her know about it, too.

Her fingers gripped the iron grate until her knuckles turned white.

“Alicia.” The way he said her name was as sexy as she remembered. She shivered. “Why are you here?”

His eyes searched hers and she pooled all of her will together in order to hold up under the scrutiny. She couldn’t tell what he was feeling, but the sparks of hazel in his deep brown eyes seemed to glow with intensity.

“I wanted to apologize for yesterday evening. I didn’t mean to cause a scene.” She didn’t mean to run from him either, when given the choice between the two friends, but she couldn’t get that part out. What would he think of her if she said something like that? Her feelings for both men were vastly different, and she was just too inexperienced to sort them out. Alice realized she had a lot to learn about herself and she began to turn away.

“Don’t leave.” Strong fingers covered hers before she could release her hold on the gate. “Please.”

His hands were warm, and the feeling spread across her body until her cheeks flushed. She turned to face him again, so close to him, just an inch of iron separating them.

“I was about to go for a ride. Would you like to come along?” He hadn’t released her. Somehow he came closer still and she could feel the intensity of his gaze as it dominated the space they shared. Alice was literally weak in the knees.

“I don’t know.” Her voice was breathy with the desire that was building inside her. He had to know the effect he was having; there was no way she could possibly hide it.

“You don’t know if you want to, or if you should?” He cocked his head to the side and read her like a book. “Would you like me to teach you the difference?”

Alice was fairly certain the iron clenched in her fist was melting beneath their clasped hands. Would he teach her, did he mean it? She wanted to explore these new feelings and desires. Julian Brax would be the perfect guide for her passions. But he might be dangerous. Would she be safe with him? As safe as she knew herself to be with Anderson?

“Yes.” Her answer came out as a whisper and the gate clicked open between them. Brax released her and stepped back. Alice walked into the courtyard and stopped in front of him awkwardly. He came close, his body nearly touching hers as he leaned down and whispered in her ear.

“Now you know what you want. Whether or not you should do it remains to be seen.”

I usually don’t enjoy Domination erotica because it is often too raw, with the content mostly about kinky, aggressive sex and possession rather than love & tenderness. However, create a fascinating plot about love misunderstood, and two male friends who have fallen for the same amazing woman and I’m captivated.

This is an authentic love story between a shy bespectacled young maid who transforms herself into a beautiful young woman and the two men she falls for.
Upon learning the man that she housecleans for has broken up with his latest beauty, she goes to a salon and gets a make-over, then goes to the secret exclusive club called Damsels where he gets his women, hoping she can entice him with her new looks. But first, she meets and is rescued by the owner of the club. Turns out the two men’ whom she’s attracted to, are close friends, despite their many differences. Both men realize she’s an innocent, but both men want her all the same. Unfortunately, misunderstandings and connivances abound.

Can they convince Alice that their love is true or will she fall into the hands of a dark master of domination? Sorry, I don’t do spoilers. Read and find out!

I give this book five stars. 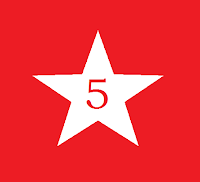 Kimberly Adkins lives in beautiful central Ohio. She is an author and artist who spends her spare time working on worm hole theories so she can go back in time and enter Star Gate's 'Get in the Gate' sweepstakes as many times as it takes to win. When asked if she is concerned that changing the past might alter the future, she replies "Doctor Who will fix it."