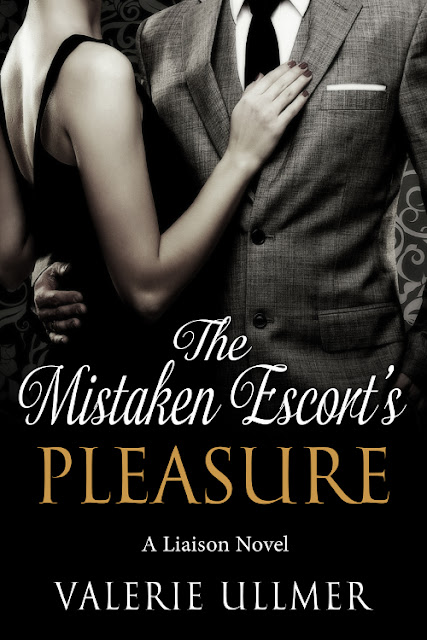 Lucian Cole was the exact copy of a successful businessman. From his custom-tailored suits to his dedication to his tech company, he lived for work. But lately, a restlessness had come over him, and it had been driving him to find someone to share his life with.


The women he dated were more interested in his money and his position in life than getting to know him, and he started to think that he would never find the right woman. Seeing his sister’s happiness with his best friend had given him hope that something might change, but after years of choosing work over dating, he might had to admit to himself that he missed the one woman he was meant to be with.

Ellie Roth loved color, art, and design, and it permeated every part of her life. She had settled into her career over the years, finding that she managed projects more than she designed, and each day she found that she missed letting her creative side shine through. Although her life hadn’t gone exactly the way she planned, she’s stunned when she receives a wedding invitation from her ex-boyfriend and her old roommate. And now she needs a date, the sooner the better.

At her friend Nina's suggestion, Ellie made an appointment with Rebecca Kane at Liaison to ask for the slim chance that one of her escorts could pretend to be her boyfriend. What she hadn’t counted on was meeting Lucian Cole and her instant attraction to the man. But with his expensive suit, his perfectly combed hair, and his gorgeous face, she knew that he wasn’t meant for her.

After presenting her request to Rebecca, Lucian quickly offers to pose as her boyfriend. Pushing aside her attraction, she knew that nothing could come from her interest to Lucian and scoffed at the idea. They were complete opposites. But the more she refused, the more he charmed his way into her life, until she found herself agreeing to the preposterous plan.

She walked out of the office and toward the elevators, aware of his slight touch on her arm and his arm brushing her shoulder with each step.  She felt as though she’d run a marathon by the time they arrived at the exit.  When she turned to say good-bye, he walked her back into the elevator until she was pressed back against the farthest wall.

After the doors had closed, he reached behind him and absently flipped the stop elevator button, which caused the elevator car to darken, giving him a more dangerous air.  She couldn’t decipher his look as he crowded her against the wall, but she could feel the constrained energy that pulsed through his body and into hers.  Instead of shrinking away from the effect he had on her, she held her ground.

“At least you’re not immune to me,” he murmured.

“I have a feeling that very few women are.”

He pressed against her, and she could feel the vibrations from his deep laughter pass through her.  She sucked in a breath and closed her eyes as she felt his taut chest, muscular and hard, as he leaned against her.  Her hands itched to travel up his stomach and caress his chest, and feel his hardness for herself.  Her eyes kept traveling along the length of his body, not caring how much time had passed.

“I never denied that I was attracted to you.  All I said was that I can’t see other people believing that we’re a couple,” she muttered.

He captured her gaze for a split second before he lowered his head and brushed his lips against hers in a touch so gentle, she thought she might have imagined it.  Without conscious thought, she leaned toward him, wanting more than a simple touch, but he cupped her cheeks in his hands and captured her gaze in his unwavering one.

“If we weren’t in an elevator, in a public building, I would show you how compatible we are,” he growled.

“We just met.  I would like to get to know you before I do something stupid, like dive in headfirst and have an affair with you.”

“It wouldn’t be an affair, love,” he promised.

“Do you call all the women you know love?” she asked.

He shook his head.  “Get to know me, and you’ll see how serious I am,” he growled.

She shook her head, but she didn’t know whether she was trying to deny his words, or whether she contemplated taking him up on his offer.  The sooner he realized that she wasn’t his type of woman, the sooner he would move on.  Her heart kicked in her chest, hard and painfully, at the thought of him with another woman.

The side of his mouth lifted, and her breath caught in her throat.  He wasn’t the type of man who would give up on something that he wanted, and at the moment, he wanted her.

She’d never been a cautious woman when it came to something she wanted, but wanting this man was borderline lunacy.  Her mind flipped back and forth, all while she kept her eyes on his.  She tried to clear some of the fog that had descended from his nearness, but he interpreted her movement as denial.

“I guess I’ll have to convince you then.”  He groaned.

Before she could figure out what he meant, he leaned toward her and captured her mouth in a kiss so decadent, she felt her knees weaken and her body shake with a need she’d never felt before in her life.

She gripped his forearms for support, and when she sucked in a breath at the hard muscles underneath her hands, he took advantage and deepened the kiss.  His tongue swept in.  As he tasted her, her hands crawled up his arms until she wrapped them around his shoulders and hung on.

She heard a ringing in a distance, and moaned a protest when he broke the kiss.  Her chest heaved with exertion, and when her thoughts solidified several moments after he’d pulled away, she realized that her arms were still wrapped around his shoulders.  Instead of pulling away as he would have expected, she laid her head on his chest and listened to the steady beat of his heart.

“That was easy,” she murmured.

“To forget where I was, and kiss a man I just met.”