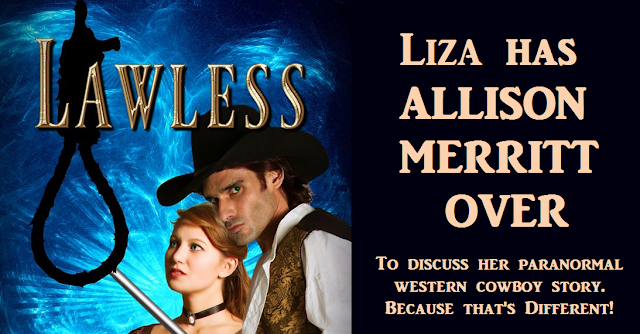 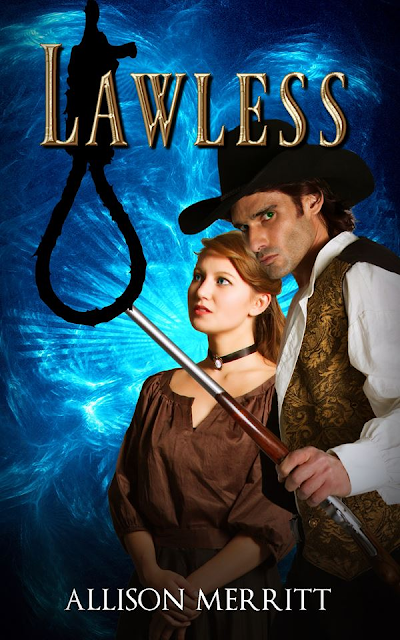 
His redemption lies beyond death. Hers lies in changing his heart.

A moment of pity costs outlaw Clayton Wilder his life when he steps in front of a bullet meant for a young boy. While his bank-robbing posse escapes, he earns a trip to the gallows. Nothing less than he deserves, but the afterlife isn't what he expected. Instead of a one-way ticket to Hell, Wilder's given the chance to redeem his soul in the Purgatory-like town of Windfall. And instead of a guardian angel, he's saddled with a being who's been dealing with souls so long, she's forgotten what living is.

After ninety-nine years as a Second Judge of Men, Joanna Casimir hopes her last assignment is an easy one. Showing her charges the error of their ways has given many a second chance at Heaven, but Wilder continually ignores her good intentions. The revenge he took on the men who killed his family left unthinkable darkness shrouding him. Even the startling revelation that he may be more than an average soul doesn't give him reason to change. When Windfall is attacked by Revenants, twisted spirits of the dead, Joanna and Wilder flee the afterlife. As humans returned to earth, Joanna is confronted by the difficulty of remaining alive in harsh circumstances with an outlaw for a companion.
Joanna's vulnerability and dedication to her belief that the afterlife can be reclaimed force Wilder to take her under his protection. With Revenants tracking them, his old gang members haunting his hideout, and a woman determined to prove there's still some goodness inside him, he'll never find peace until he promises to join the good guys and confronts the past that forced him onto the wrong side of the law.

Excerpt:
Integrating the newcomers often led to headaches. The roughshod outlaw gaping at his hands didn’t inspire much hope for an easy day. Like it or not, when Grand Judge Ward declared the sentence, it was up to Joanna to follow through.
She squared her shoulders. “I am Joanna Casimir. Welcome to Windfall. You’re lucky, you know. Not all the men who stand in this room come out with a sentence as light as yours. It will take some time for you to adjust to our ways, but you will be better off if you pay attention now. I expect you have several questions. This is the time to get them out of the way.”
Wilder met her gaze. “What the hell is happening?”
His leaf green eyes rounded with shock. Dark auburn hair a shade too long curled below his ears. A scruff of week-old beard colored his square jaw. Years in the sun left his skin tanned and his eyebrows bleached lighter than the rest of his hair. He still wore the clothes he’d died in. They were filthy from road wear. The worst was his scent—a collective of fear and tension.
Wilder wasn’t the most promising specimen the grand judge had thrown her way. Nevertheless, it was her duty to straighten him out. She didn’t fail. Only once, and that was early in her career. Since then, she’d kept a tighter noose on her souls.
“What do you think is happening, Mr. Wilder?”
He cast a look around the empty room. “This is a dream.”
Decades in this job and still the first thing the newly acquired blurted out was how they must be hallucinating. Joanna folded her hands together. “I’m afraid it isn’t. Do you recall your last moments on earth?”
“The hanging.” He touched his neck. “I died.”
Not a single mark from the noose showed on his skin, but that didn’t mean his trials and suffering were over. In a way, they’d begun all over again.
“Right you are. Depending on how well you behave, this place might be your home for years, though time moves a bit differently here. Your attitude and willingness to display proper behavior and repentance will determine how soon you move on.”
“Move on?” Wilder blinked. “I didn’t go straight to Hell.”
“No, but that’s still a possibility. As Grand Judge Ward explained, when you saved Joshua Peyton, you earned a chance at redemption. One chance, Mr. Wilder. I suggest you don’t squander it.” Based on his history his odds of success weren’t high, but she had to give him the benefit of the doubt.
“I’m dead,” he repeated. “This is...”
“A way station in the afterlife. You no longer have a body. The figure you’ve assumed is in the shape of your former vessel, however, you have no substance.”
Wilder flickered. His eyes sparkled with the radiance of a soul even though his skin turned translucent. Despite everything, his soul, though tarnished with the sins of his past, clung to the earth and the life he’d known.
He pressed his hand over his nose and mouth.
She met his gaze. “Although you may think you do, you don’t breathe. Your heart doesn’t beat. It’s just your soul’s way of adapting to the afterlife. You’ll never get hungry or tired or sick—barring certain circumstances. The concerns of human bodies aren’t anything to take into consideration here. Forget all that. There are ways of wearing down a soul, but we won’t worry about them now. What we must do in the time Grand Judge Ward allowed is purify your soul.”
“The woman who called me murderer.” His Adam’s apple jumped. “She was the kid’s mother?”
Joanna nodded. “Molly Peyton. She was merely passing through on her way to the other side. There’s no reason for her to stay here. She must be unhappy with the sentence, but it’s no concern of hers now.”
“Why not just send me to Hell? I deserve it. I’ve done bad things, lady. Killed, stolen, hurt people.” The shock vanished from his expression, replaced by the nastiness he’d displayed the moment he’d strolled into the courtroom. “What makes you so sure I won’t do it all again?”

A love of reading inspired Allison Merritt to pursue her dream of becoming an author who writes historical, paranormal, contemporary, and fantasy romances, often combining the sub-genres. She lives in a small town in the Ozark Mountains with her husband and dogs. It's not unusual to find her lurking in graveyards, wandering historical sites, or listening to ghost stories.
Allison graduated from College of the Ozarks in Point Lookout, Missouri with a B.A. in mass communications that's gathering dust after it was determined that she's better at writing fluff than hard news.
Links:
Facebook – http://facebook.com/allisonmwrites
Twitter – http://twitter.com/allison_merritt
Goodreads – http://goodreads.com/AllisonMWrites
Pinterest - http://www.pinterest.com/allisonmwrites/

Want a preview of my review for this delightfully different book?

This is an incredibly unique and riveting story that begins on earth, travels to the afterlife, and then returns to earth where two characters have another chance at living—if they can survive the evil that has followed them.

While you might object to reading the same event over, have patience. The second time reveals far more truths than Wilder’s childhood memories than he shares the first time around.

The ending is absolutely ‘can’t put down, never mind food is cooking on the stove.’ Seriously, I had food on the stove, not sure if it’s edible now. Don’t care. I got a fabulous HEA!

But be warned: Before the fabulous HEA, there will be much violence, creepiness, moments of smartassness, and mistrust.