LUCK BE AN ANGEL --- A Valentines Sweet Romance 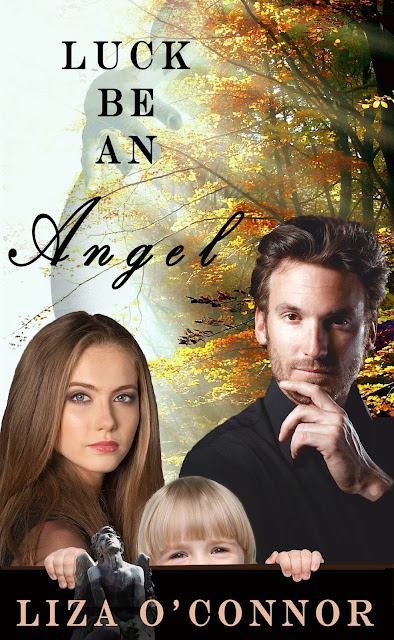 Luck Be An Angel
by
Liza O'Connor


Blurb
Reporter, Ethan Long, is sent into the backwoods of Arkansas to investigate a woman who claims her sixteen boys were born by Immaculate Conception. Not believing in divine intervention, Ethan plans to uncover the identity of the man who continues to impregnate Sara Smith every year, leaving her to raise her sons on nothing but luck and love. He enters their home as a tutor and eventually discovers the truth, but not before he has fallen in love with Sara and her wonderful boys. Now he must face his own crossroad in life and decide whether to follow his heart or his professional obligations.

Excerpt
Ethan spent the evening grading their exams. Except for Mike, Tom, and Sara, the rest were all far above their age levels. Mike was significantly below, but Ethan suspected his sight problem had caused that. Tom was in line with other five-year-olds and Sara’s education level was that of a twelve-year-old. Her seven-year-old son knew far more than she did.
He sighed. What was her story? How did she become trapped in this cycle of baby making? And who the hell is the father who keeps returning to give her more?
A gentle knock on the door interrupted his angry thoughts. He opened the door and invited Sara in.
“I know you said there wasn’t no pass or fail, but I’m guessing they must tell you something.”
He nodded. She looked so worried. “They tell me you’ve got some very bright boys.”
She smiled, radiating a light of joy about her. After a moment, she grew somber again. “What about Mike?”
“Mike has a vision problem. Instead of a regular doctor, you should take him to an eye doctor. Hopefully, all he needs are glasses.”
“And that will cure him?”
“I think so.”
“Then he’ll be smart in school like the others?”
“He’ll have some catching up to do, like his mom, but I don’t see any reason why either student cannot succeed.”
She hugged him.

The idea of having sixteen children was a bit frightening, but they turned out to be fabulous boys and their mom was very close to being an angel, herself. Ethan Long, a news reporter arrives at the house she won (she’s insanely lucky) and claims to be a tutor, determined to get the real story.

Sara Smith keeps insisting she doesn’t know why she gets pregnant every year on valentine’s day, but Ethan doesn’t buy that story.


In very little time, Ethan genuinely grows to care about the subjects of his investigation and it has placed him an untenable position. Does he write the story of a lifetime or follow his heart? His personal relationships have always been a disaster in the past, but with Sara and her boys, perhaps he could find happiness…


I loved everything about this story. A Sweet and Fabulous ‘feel good’ Valentines story with love, laughter, and trouble on the side.

I’m a fan of Liza O’Connor’s books, and by now I’ve come to expect the unexpected from her. This book is no different in that regard, for it is unusual and unputdownable.

The story follows down-on-his-luck (pardon the pun) reporter Ethan on his somewhat reluctant quest to find out more about a single mother with no less than 16 children. As if such an astonishing number of kids were not interesting enough, mysterious circumstances surround the family. The children are all conceived and born on exactly the same day, even at the exact same time. They all look the same, as if some dastardly man forced himself on the unsuspecting mother once a year to leave her with angelic-looking offspring and nothing but luck to fend for herself. Needless to say, Ethan is in for a surprise. He not only discovers that Sara is about as far from a slut or in-over-her-head harried mother as a woman can get, but also falls in love with her well-mannered, intelligent brood.


So overall, this is a story about bonds being formed. It is a plea for fairness, a call for second chances. It asks us to be open to possibilities the rational mind might not want to consider, and to never judge someone based on assumptions, conventions or projected perceptions. It’s a story that deals with prejudice, the state of education, suspicions and jealousy, and above all, the media’s bloodhound-search for stories for the sake of stories. And in the same vein, “Luck be an Angel” is also the author’s amazing way of showing that a little kindness can go a long way, and that courage and integrity can be found in the most unexpected places. It is a love story in many regards, but nothing commonplace.


If you like books that make you think and smile, question your own and society’s behaviour, and finish it with a glowing smile and renewed belief in the power of love, then I can highly recommend O’Connor’s latest gem.

M Fullerton
Review 3:
Sara Smith might be the story of a lifetime for reporter, Ethan Long. She's a woman who birthed sixteen boys, all on the same day, at the same time. She claims not to know the father, yet something doesn't add up. Ethan goes undercover, posing as a teacher in order to gain the truth but what he finds out is miraculous.

Ms. O'Connor writes the most interesting stories. I never see the twists and turns she brings to the characters until the end. While Sara seems like a woman who has so much going against her, she really is blessed. It's the people of the town and around Sara who aren't able to see the truth and I feel sad for them.


This story will keep you up reading and make you believe in miracles. I couldn't stop when I started, I had to know how the story would end. Once again, I can blame Ms. O'Connor for my lack of sleep but I really did gain so much more!

Review 4:
This is a sweet romance with a touch of angel magic! I love the wonderful bond between mom and child (all 16!) and the way Ethan looks out for them all. Luck Be An Angel is a quick read and a lovely poignant story.