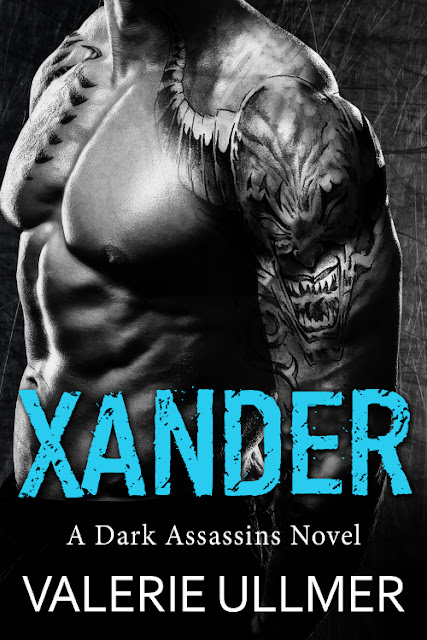 Half-human, half-shifter.
Xander has secretly yearned for a mate for most of his immortal existence, and yet after three of his friends found exactly what he’s always wanted, he’d come to believe that he’d missed his chance at happiness.

Until he heard her voice.


Frost is a wildlife biologist and tracker and she has been assigned, despite her adamant protests, to lead mercenaries into the mountains of Snowfall, Colorado for the sole purpose of killing immortal shifters.  In order to protect those who have no idea the kind of danger they are in, she agrees.  As she leads the armed men on a wild chase around the snow-covered pines, she could sense that she was running out of time.


Until she heard his voice.

Xander understands exactly who Frost is the moment he hears her thoughts.  With the help of Kane and Gunnar, they eliminate those in her group as they try to keep her safe.  But during the fight, she is hurt and all of his protective instincts flare to life.  As Xander learns more about her, he realizes that Frost might be the key to the creation of the immortals, both vampire and shifter.


But when she becomes a target from those who want to destroy the Dark Company and Xander’s family, how far will he go to save her?

Xander froze when he heard a feminine voice carry over to him, she sounded closer than she had been even a few moments before.  He should have sensed her coming closer.  But the only question on his mind was why the fuck she was tagging along with a group of mercenaries.  He heard the voice again, a tinny version of her voice, and for a long moment he couldn’t understand the words.  Until she stepped forward.

Something warmed his chest as he heard her in his head as clearly as they were speaking aloud.  A familiarity washed over him and he felt connected to this woman in an elemental way.  A feeling a peace settled over him.  He knew this was the first time he’d ever heard her voice.  He was so stunned and happy that he didn’t even question how they were able to mind link.

Can either of you hear the woman’s thoughts?

Kane’s reply was quick and clipped.  No.

Xander tried to get her attention.  Can you hear me?
He held his breath when he heard her distinct gasp, knowing that their mind link worked.  His chest filled with dread at the thought that she gave herself away, until he heard her next words.

“I spotted a grizzly bear in the trees to the west.  Sorry, I startled him and he ran off.”

For long seconds, the men in the clearing stared at the woman before they were ordered to keep searching.

Xander stood close enough that he could see her curves underneath the heavy white parka.  And having the worst timing in the world, Xander felt himself harden.  He took a deep, cleansing breath of sharp mountain air that instantly cooled his overheated body.

Yes, I can hear you.  These men, seven in total, are looking for immortals.  They have been contracted by my boss at U.S. Fish and Wildlife to kill them.  Apparently the immortals are supposed to become animals.  Can you help me without hurting yourself?  They are heavily armed.

Xander was taken completely by surprise.  She didn’t question their connection but instead relayed vital information that he would need.  He could also start to feel her emotions.  She wasn’t scared, just determined.  He could hear her heart beating at a fast rate and her breathing strained from either the hike up the mountain or the tension in the air.  He watched as she subtly shifted her head around as she searched for him, unable to spot him in the trees.

We can help.  I’m going to communicate with my team and we’ll take out the men.  Are you okay with that?

Yes, I know they are paid mercenaries and I’m pissed that they killed a wolf two days ago for no other reason than they wanted to shoot something.

Xander relayed the conversation he had with Frost.  We are going to have to kill them, there’s no other way around it.  They couldn’t have a threat looming over them, especially if one escaped and brought in a stronger, more trained group of mercenaries.  Although they could easily defeat any group of fighters, keeping their existence a secret was crucial.  The more humans that knew about them, the bigger the danger it posed.

Working as a team, they closed in on the unsuspecting mercenaries.  At first, they quietly removed those men who were stationed on the outer perimeter, using knives to subdue them, or in Xander’s case, using his bare hands and quickly snapping their necks.  He didn’t want Frost to see blood on him.  The only sound he could hear detect was the grunts of the men who were dispatched.  By the time Gunnar, Kane, and he closed in on their ranks, there were only three mercenaries remaining.

The older man spotted movement in Gunnar’s direction and without hesitation raised his weapon and started firing.  The wolf easily dodged the shots before melting farther into the trees.  Silence descended upon the area as the man searched for Gunnar.

Frost, run south, keep as low as you can and use the trees as cover.