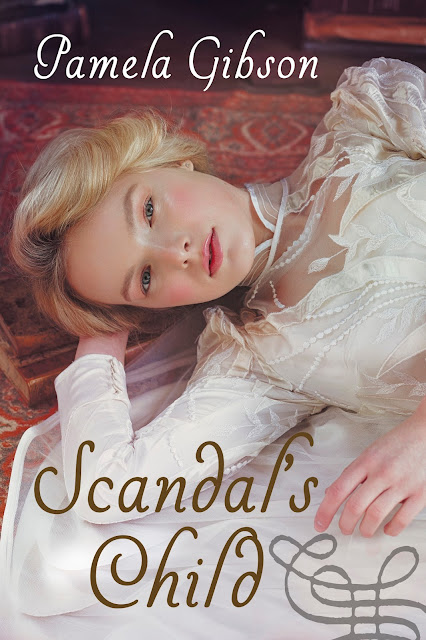 Miranda Comstock, widowed and impoverished, accepts a position in London caring for a child who was blinded in a fire. When she discovers the child’s mysterious guardian is the lover who seduced and abandoned her five years earlier, her first thought is to flee. But nine-year-old Phoebe depends on her and is blossoming under her care.

But there is a mystery afoot involving a long-ago disappearance, Miranda’s resemblance to a society debutante, and the child’s suppressed memories of the fire, which are starting to emerge. As Phoebe’s memories become sharper, Jeremy begins to suspect that he and Miranda were pawns in a twisted game. And both must learn to trust again, if they are to find their way back into each other’s hearts.

A glass of brandy awaited her when Miranda reached the parlor. Jeremy handed it to her without asking, and she accepted it gratefully. The fiery liquid brought her back to reality.

As she sat in the chair in her room, watching Phoebe go to sleep, a languid feeling had overtaken her. Her fight and energy had dissolved once she knew the girl was safe. All she wanted was to sink back into sleep. Now she was wide awake again, although her arms and legs still threatened to buckle under her.

Jeremy leaned against the mantle. She hadn’t noticed in the flurry of activity he’d lost his cravat and he was not wearing a waistcoat. Her only thoughts had been for Phoebe. Now every nerve ending was on edge as she studied his tall frame, his tight pantaloons, and the dark curls peeking from the top of his unfastened shirt. She remembered how soft they had felt against her bare breasts, how they tickled her nose when she lowered her lips to coax his nipples into hard buds. Warmth seeped between her thighs, making her squirm in the hard chair she had chosen. Shaking her head, she took a deep swig of the amber liquid and swallowed, making herself choke.

“Are you all right?” He came over and patted her back as she leaned forward.

“I am not accustomed to strong spirits,” she said between coughs.

“I’m sure you are not, but we all needed some tonight. Or is it morning?”

As if in response, the clock on a nearby table chimed twice.

Miranda blinked and gritted her teeth. Remember, this is the man who deceived you, who already had a mistress and a child when he was promising to marry you. This is the man who sailed away without a word, who never sent a letter, who left you enceinte and alone.

Be fair, he didn’t know you were increasing.

She stilled her inner voice and answered the question.

“It is morning as you heard. Shall we get on with this discussion, so we can all get some sleep?”

He sauntered over to the chair opposite hers and sat down. His lips were drawn in a straight line, and his eyes were cold.

“Now then, tell me exactly how this happened.” He lifted the crystal glass to his lips and drank deeply. Candlelight sparkled from its beveled surface. Miranda watched in fascination as points of light seemed to blur in front of her eyes.

“Miranda? Did you hear me?” He gave her arm a gentle shake. “Are you awake?”

He’d called her Miranda. She blinked and refocused on his lips. That was a mistake. All she could think about was how she longed to taste them, how she burned for the feel of them on her neck and breasts and thighs.

God, she must be exhausted to be having these thoughts. 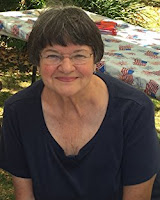 Award-winning author Pamela Gibson grew up loving books, history, and small towns. Her first career was a newspaper reporter, but when she returned to college to get a master’s degree, it was in public administration which eventually led to jobs running cities…not as an elected official, but as a city manager, the chief appointed one.

Writing was still her passion and when not busy—with the activities of two children and a lot of volunteer work—she was contracted to write several books on local history. Taking an early retirement at the urging of her very supportive husband, she turned to fiction and began writing the happy ending novels she loves to read.

Sign up for her quarterly newsletter on her website. New followers are eligible for a random drawing for two $5 Amazon gift cards prior to each edition. Author of six small-town contemporary novels, Scandal’s Child is her first historical novel.