Bull Riding is a young man’s sport.
Greg Casteel holds the record for being the oldest bull-rider at 53 years and one day. But to be fair, the bulls weren’t as powerful back then. I doubt anyone will make 53 years now. Honestly, I expect this record to last forever!

In Davy’s story, he's just a teen when he joins the WBR Bull Riders. Some of the people he meets are good and some not so good. Some seem like a great person at first, but then they change to the Devil incarnate. Since Davy never had any real friends except for his Ma and Pa, he’s not good at reading people. Thus he’s frequently clueless as to why some of the other riders and some of his bosses seem to hate him.

An older bull rider in his forties, who helped create the WBR bull riding event years before, is very impressed with Davy and takes him under his wing.

Another bull rider gives him excellent advice along the way to always have a good lawyer review all contracts before he signs them.  That character was inspired by a real bull rider that I thought very well of: Justin McBride. He retired at 29. However, when asked when bull riders should retire now, he suggested 30 would be a reasonable age, given how superb the bulls are now.

According to one article the reason why Justin quit at the age of 29 was because he had two kids and a wife, plus a great ranch. Bull Riding no longer claimed the top spot in his heart.

It takes a smart man to reassess his priorities and do what is best for his life. For without question, Bull Riding is a young man’s sport.


I suspect the same thing is going to happen to Davy when his son starts doing something more interesting than sleeping, eating, and pooping. But in book 1, the baby isn’t in the picture yet. The only thing messing with his mind is an always angry ‘manager’ and girl troubles... Lot’s of girl troubles. (See the excerpt below for one of them, and she's not even the worst.) 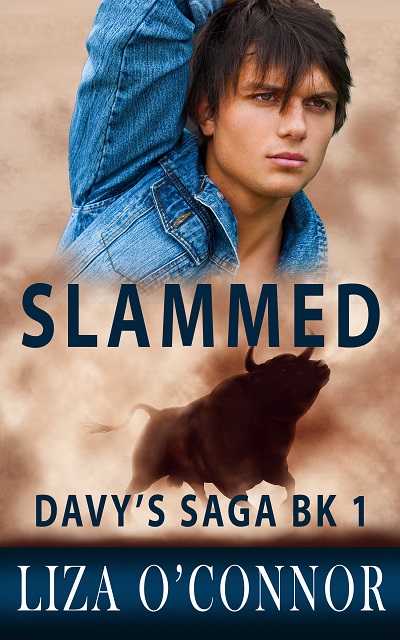 EXCERPT
Davy enters the main room and speaks to the guy about to rape Allie.

“I’ve called for hotel security, so you’ve got less than three minutes before you are arrested for attempted rape.”

The man stood up and glared at Davy. “What the hell are you two trying to pull here?”

Davy held his hands up in surrender. “I’m not trying to pull anything. I’m just giving you a chance to reconsider and leave before they get here and ruin your life. I know she’s a tease, and I don’t blame you for being angry, but she asked you to stop, so you need to leave.”

“Right after I get my six thousand in losses back.”

Davy looked at his watch. “You’ve less than two minutes now. And I’m not paying for either your mistakes or hers, so that’s not on the table.” He glanced at his watch. “One minute. Do you really want to go to jail over this?”

The man slapped Allie hard across the back of the head and hurried from the room.

Davy closed the suite door and turned the security locks. When he turned around Allie was off the table and holding the back of her head while she bent over and picked up her ripped underwear.

“You okay?” Davy asked, staying by the door. He’d once tried to help an injured possum off the road and the damn thing bit him. Given Allie’s temperament reminded him of a possum, he wasn’t getting near her just yet.

She glared at him with eyes that burned with fury. “No, I’m not okay. That jerk almost raped me and you did nothing about it.”

Davy felt his own anger grow. “I got him to leave.”

“By calling the cops! Why didn’t you just jump him?”

Davy stormed toward his room. By the time he reached the door, his anger was too much to hold his tongue. He turned and glared at her. “I’m not putting my career at risk because you did something really stupid and you almost had to pay the price.”

“Your stupid career!” she sneered. “Have you any idea what your fans will think when they learn of this rape and that you did nothing?”

“First of all, he didn’t rape you. I got him to leave before that happened. Not that you’re the least bit grateful.”

“Grateful? You idiot! You’ve ruined both our careers by calling the police,” she screamed at the top of her lungs.

“Keep your voice down,” he hissed. “I didn’t call anyone. I just said that to make him leave. However, if you keep screaming so loud, I expect someone will be up here very soon.”

She visibly calmed. “You didn’t call anyone?”

She leaned over at her waist and laughed softly. “Damn, you’re not as stupid as I thought.”

He realized his anger wasn’t going to calm in her presence. “You’re welcome and good night.” He slammed his bedroom door after him and locked it. God! She was the most aggravating woman he’d ever met. 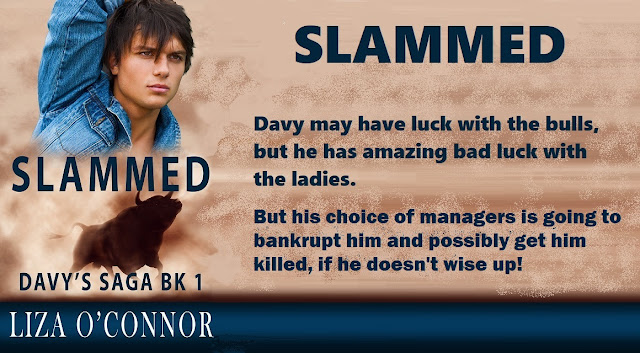 FOR MORE INFORMATION ABOUT
LIZA O'CONNOR
Investigate these sites:
Liza's Blog and Website   Facebook   Twitter
And check out Liza’s
30+ books
Posted by Liza O'Connor at 12:00 AM