Angel of Mercy by Liza O'Connor

Carla is one of best Forsenic Auditors around.
So what is a Forensic Auditor?
Forensic Auditors are outside accounting/finance sleuths with strong legal knowledge as well. They investigate when a company or government group believes fraud or theft has occurred and they want to know who did it & how (so they can prosecute) and where is their money now (so they can get it back).

Normally, a forensic accountant is hired after a company suspects theft, fraud or embezzlement. Forensic accountants tend to be clever people and are sometimes called the Bloodhounds of the accounting world.

They must be very familiar with the legal issues as well as having exceptional accounting and banking skills. A forensic CPA might be asked to write expert reports, assist in depositions, testify as an expert witness, conduct fraud investigations, and assist in civil and criminal investigations.

Carla can do all the above, but her real talent is finding where ‘the bad guys’ have hidden their stolen money. She is one of the best in the business until the night she runs over a cop.
Now her only job is to get ‘Satan’ cop back walking. 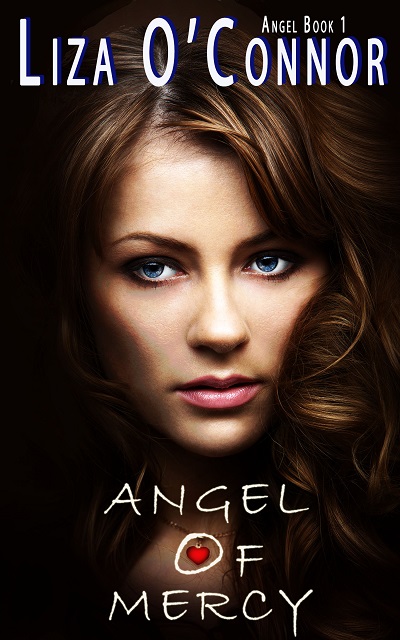 BLURB
Carla Jones accidentally runs over and paralyzes a policeman. She ignores her lawyer's advice and pleads guilty to the charges, and accepts the judge’s ruling ‘that she broke him, now she has to fix him.’ Trying very hard to ignore his outrageous and frequently hateful behavior, she takes the handsome officer into her home and dedicates her life to one goal: making him walk again. She never imagines the twists and turns her life and heart will take the day she brings him home.


EXCERPT
Carla hurried back to the vague form of her car and moved past the dead deer. She discovered a body lying ten feet to the side of her car. She dropped to her knees.

“Oh, God! It’s a policeman!” she cried into her cell phone.

“They are there to help you,” the 911 operator assured her.

“No! I mean I’ve found the injured person. He’s a policeman.”

Carla’s hands touched his skin. It felt cold, but even as she was about to declare him dead, he softly groaned.

The operator asked her many questions she could not answer because her vision remained blurry. She used her hands to feel for blood.

“I can’t feel any dampness, but he’s cold…terribly cold. I’m afraid he’s freezing to death. Should I try to get him to my car?”

“No, don’t move him,” the operator warned her. Suddenly, her cell phone beeped three times and the helpful operator was gone.

“No!” Carla screamed at the phone. She tried dialing back, but there was nothing. Her vision wasn’t good enough to tell if it was a dead battery or a weak signal.
She looked down at the policeman. “Don’t you die on me,” she warned him as she removed her full-length faux fur coat and laid it over him. Instantly the bitter wind bit through her sweater and wool pants. She recalled the DJ saying the wind-chill was -15 degrees tonight. It hadn’t meant much when she was in her nice warm car, but it meant a hell of a lot now.

Shivering uncontrollably, she hurried to her car and extracted a thin silver sheet that claimed to be an emergency weather protector. She wrapped it around her and returned to the policeman.

“Help is coming,” she assured him, wondering why help was taking so damn long. Realizing that an ambulance might run over them both if it came from the North, she ignited and tossed her last flare ten feet in front of them.

“I wish I could move you,” she said through chattering teeth. “We’re both going to freeze to death if they don’t come soon.”

As she sat down beside him, the freezing bite of the ground penetrated her wool pants and chilled her legs until they ached. If she were this miserable from just a second on the road, she could only imagine how frigid the man would be after lying fifteen minutes on the road.

“I know I’m not supposed to move you, but if I don’t do something, you’re going to die of hypothermia.”

She laid the silver lining on the road beside him and then gently tugged his shoulders onto the blanket. She then lifted his legs and edged him further onto the protective barrier.


About the Author
Liza O’Connor lives in Denville, NJ with her dog Jess. They hike in fabulous woods every day, rain or shine, sleet or snow. Having an adventurous nature, she learned to fly small Cessnas in NJ, hang-glide in New Zealand, kayak in Pennsylvania, ski in New York, scuba dive with great white sharks in Australia, dig up dinosaur bones in Montana, sky dive in Indiana, and raft a class four river in Tasmania. She’s an avid gardener, amateur photographer, and dabbler in watercolors and graphic arts. Yet through her entire life, her first love has and always will be writing novels.