He's Good at Pretending
But Nicolas is NOT a good man!


The first day the young ladies are in Nicolas' house:
Domnika is almost ruined. 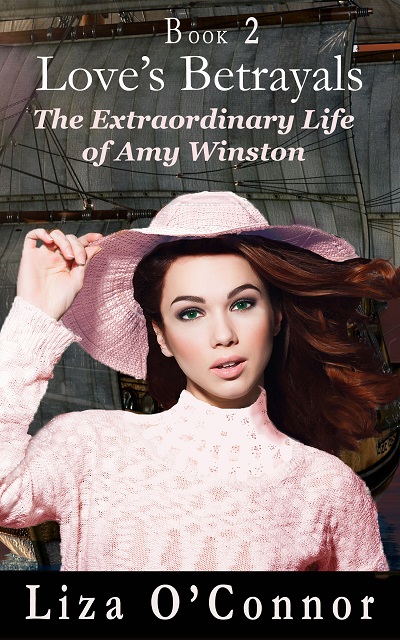 When Amy and her friend Domnika arrive in London, she discovers her guardian, Nicolas, is under the thrall of his ‘perfect’ wife. Neither is happy she has come. The only person who seems pleased with her arrival is the handsome valet, Antonio, who turns out to be far more than a servant.

Needing to escape her guardian’s care, Amy and Domnika take refuge at a fellow schoolmate’s home. Antonio leaves Nicolas’ service and becomes one of her many protectors. Unlike the other protectors, he becomes the first of many admirers that vie for her hand.

All the while, Nicolas continues to prove over and over that he is not the fine fellow her uncle had thought.

EXCERPT
When Domnika enters with the books that Sicily threw water on.

“I am returning your books. I regret to report they were damaged when Sicily poured water on us.”
His eyes locked on hers and he held her stare a very long while before telling her to close the door. When she did so, he told her to lock it as well.
Despite her best efforts to be brave, her hand shook as she reached for the lock.
He came up behind her and removed the books from her hands. She turned to face him.
“Lock the door, Domnika,” he said as he studied the water damaged pages.
With two hands, she managed to lock the door and turn back to face him. “We dried them as best we could when we got to our rooms.”
He closed the books with a heavy sigh. “Did I not forbid you to remove the books from the library?”
“You did, sir.”
He handed her the books. “Your punishment is that you will not be allowed to finish reading these books.”
She blinked in surprise at the lightness of his punishment.
“I cannot tell by your expression, Domnika. Do you find my punishment too harsh or too lenient?”
“There’s no way I can answer. Unless I read the book, I don’t know what you are denying me. If you have denied me reading the finest novel ever written, then the punishment is too harsh.”
A slight tug of a smile pulled at his lips. “You are a saucy creature.” His hand ran over the top book cradled in her arms. “Put them back on the shelves where you found them.”
Domnika slid hers into its place. Amy’s book required the ladder. As she climbed the steps of the ladder, she felt Nicolas’s hands upon her skirt, gripping her hips.
“I won’t let you fall,” he assured her.
She hated that her hands shook as she replaced the book but could not stop them. Her entire body vibrated like a tuning fork beneath his touch.
“Turn around Domnika,” he ordered.
Her time with Amy had taught her to be lithe and agile and turning around on a step should have been an easy task, but the moment she faced him, her legs turned to rubber.
His hands slipped beneath her skirt and circled her ankles, searing into her flesh.
“Now take one step down.”
When she did, his hands slid up into the tender part behind her knees. She might have fallen but for the sudden shift of his hands to her waist.
“I’ve got you,” he assured her. “Put your hands upon my shoulders. That will help your balance.”
Yes, he had her, but he had her beneath her skirts. His broad hands secured her hips with nothing but the linen of her pantaloon between his hands and her skin. She felt as if her body melted from the fire blazing in her loins. She placed her hands on his shoulders and closed her eyes.
“No, look at me, Domnika.”
She opened her eyes and met his. She felt his hands shift...(buy the book to find out what happens next.)

More About the Author
Liza O’Connor’s favorite books are Pride & Prejudice and Douglas Adams’ four book trilogy, The Hitchhiker’s Guide to the Galaxy. Go figure…
Raised in the southern mid-section of U.S., Liza escaped to the East Coast once out of college. She’s worked as a journalist, a radio DJ, a security guard, a stock broker, a strategist, and a business solutions consultant to name a few of her many occupations.  Again…go figure.
She learned to fly planes, jump out of planes, hang-glide, kayak and scuba dive, to name of few of her ‘let’s kill Liza’ sports. However, her favorite activity is to hike with her dog Jess among the shaved mountains of NJ.