Why Did I write this: Saving Casey By Liza O'Connor 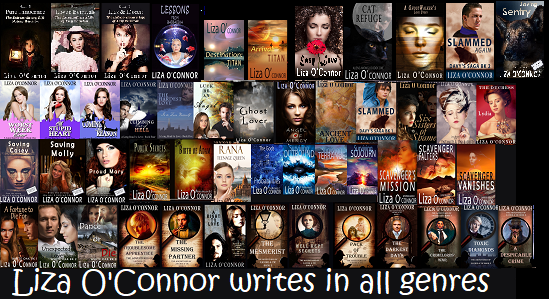 Before I began publishing I spent 10 years doing nothing but hiking with my dog and writing novels. (Those two actions work well together. Exercise gets your mind thinking.)

I wrote about 130+ books in those ten years. I didn't publish anything. I just wrote novels, and rewrote them because I still had a lot to learn.

I was an active member of a crit group and a new member showed up. She was what my grams would have called a bossy girl. I thought the B word was more appropriate.

She ripped apart Saving Casey. She insisted I had to strip away the beginning chapter because no one wanted to begin reading about an old woman who dies.

While that may be true, I truly needed to present the old woman in chapter one, because she has to die and reincarnate. Only she didn't return as a new-born baby. No, she returned in the body of a comatose (actually dead) teenager with her face covered in Tattoos.

Cass really had only two options: 1) Declare that she's not the teen, she's an 80-year-old woman and go directly to the psych ward.  OR 2) Pretend to be the dead girl and go from there. Naturally, she chose option # 2.

She thought she could do this until she looked into a mirror and discovered her tattooed face. She also had to deal with her rich and uncaring alcoholic mother. Cass had come from the middle class, but her new 'parents' were uber rich. She hated her gigantic mansion. Also, her 'new' parents pretty much ignored her entirely from the first day they brought her home from the hospital. Honest to God, the only person who would speak to her was the butler, and he was a cranky old guy.

The longer she remained in this body, the younger her spirit becomes and soon she is as sassy and challenging as any teenager you'll meet. And just like the teen Casey who originally owned this body, Cass is now in danger of being murdered as well. Only she has 80 years of life experience to pull from. She'll need it, because someone truly wants her dead,

Would you like to meet my 80-year-old reborn Cass? 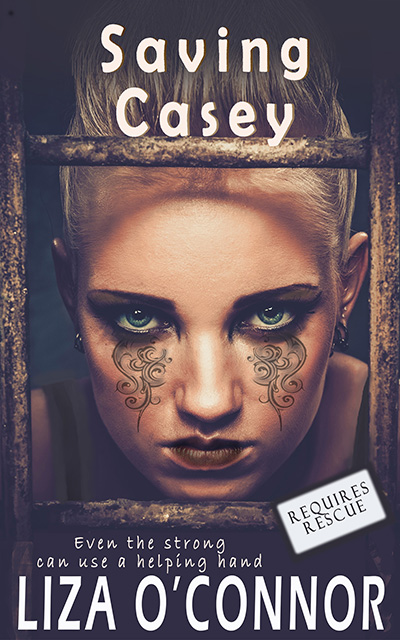 You will laugh and cry through this book.
It kicks off the Requires Rescue series, which can be read in any order, since they are unique individual stories people who require rescue, because they are not going to survive on their own.

However, upon writing Molly's story I fell in love with one of her dogs named Sentry and wrote a Requires Rescue story about him too. That will be coming Dec 2018.

And was the B Girl right that no publisher would pick up this book? No, she was not.

So let that be a lesson. If you know in your heart that your book is really good. Do not let negative people sway you from publishing it.

Later, I did take the book back, gave it a new cover (the one you see above) and republished it. It turns out I prefer to be in charge, so I'm all Indie now.
Posted by Liza O'Connor at 12:00 AM

Email ThisBlogThis!Share to TwitterShare to FacebookShare to Pinterest
Labels: Every book I've written has been for a reason., I'm starting a new: Why did I write this? blog