A Fortune to Die For by Liza0Connor 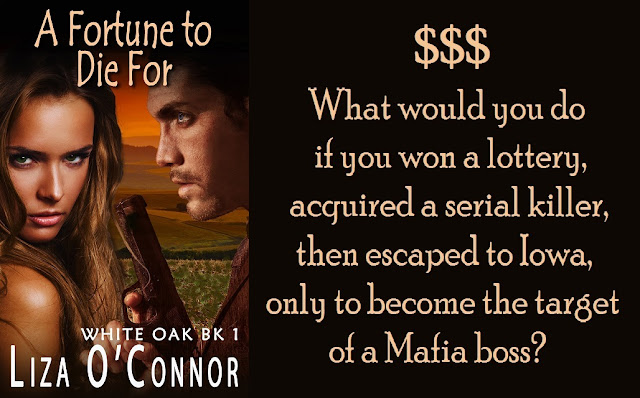 Since the White Oak Mafia Series not only has trees, but the Iowa mafia in it, I thought you might like to catch up on some mafia lingo.

There’s a great deal of mafia lingo, most of which we can generalize and call the Italian language. However, they use some English words as well.

But here are some of their special Mafia lingo:
1)  Euphemisms: The Mafia LOVES euphemisms
The Books: That’s what they call the Mafia families. When ‘the book’ is closed, someone has died. When the book opens, someone becomes part of the family.  They call it The Book because nothing is ever written down. (That last part is not a euphemism, that’s just being perverse! Books are full of words.)
Comare: This is what they call their mistresses, but the dictionary translates it as ‘godmother’.   Okay, that’s just creepy.
Empty suit: someone with nothing to offer, one who tries to hang around with mobsters. (I’d call that bad judgement)
Get a place ready: To find a burial site.  (Get a place ready sounds much nicer, doesn’t it? The term probably came into use when the feds started tapping telephones.)
Give a pass: To grant a reprieve from being whacked. (I probably need a pass for this blog.)
Going south: stealing, passing money under the table, going on the lam. (I’m pretty sure that means they need to “get a place ready” because he’s not getting a pass if he steals from the Mafia.)

2)   Insulting terms in Mafia Lingo (and what the dictionary thinks it means.)
babbo:  A dope, idiot, useless underling.   Real Meaning: Dad.  (Seriously? Dad is a dope and idiot???? Does this mean mafia bosses have father issues?)
cafone:  (slang pronunciation "gavone" ) a phony or one who is an embarrassment to himself and others    Real meaning:  ‘boor’
cugine: a tough guy wanting to be ‘made’ (invited into a family).   Actual meaning: cousins.

3)   Crime lingo: Since that’s their business, they need words for it.
Beef: A complaint or disagreement.  In English, it means a slaughtered cow.
Burn: to murder; other synonyms: break an egg, clip, do a piece of work, hit, ice, pop, put out a contract on, whack. Etc. (Just as Alaskan natives have twenty words for snow, the mafia has even more for murder.)
Cleaning: Stopping at lots of shops to avoid being followed.??? Wouldn’t stopping at shops just give them time to catch up to you?
Fence: someone with worldwide outlets to liquidate swag.  (Isn’t that the definition of IKEA?)
Hard-on with a suitcase: mob lawyer and if it’s a female lawyer it’s just a half a hard-on with a suitcase. (grrrr)

So there you have it.
By their language alone, I can tell that Mobsters are perverse, creepy, misogynistic, not terribly bright, prone to killing people (but are neat since they will bury those they whack, ice, cap, burn, or whatever) are attracted to IKEA warehouses and have serious Daddy issues.

Liza, the mafia isn’t known for their sense of humor. You probably shouldn’t play with them.

Good Point! If you are mafia, I’m just being perverse and saying the opposite of what I actually mean. Please don’t kill me! 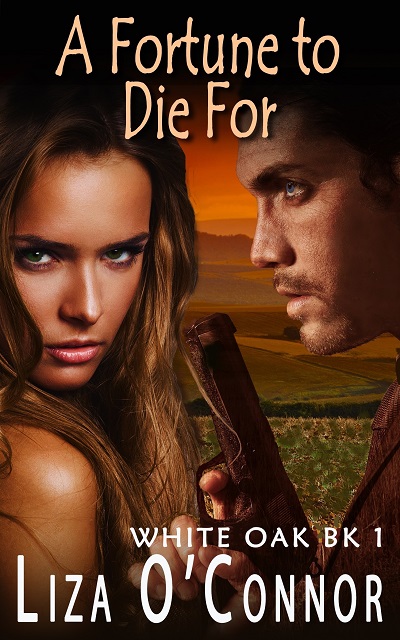 Blurb
Megan Clarke had a good life until she wins the Mega Times Lottery and discovers the prize comes with a curse. Worse than the many money-hungry suitors, a serial killer has her in his sight. She changes her name and moves to Iowa with plans to buy their last major forest of white oaks and turn it into a State Park. Unfortunately, the Lottery Curse doesn't stop at state lines and someone there wants her dead, as well. Good thing a disturbingly handsome law officer is just as determined to keep her alive.

Excerpt
“Right now, you can’t leave this apartment. Any meeting you have must be done over the internet.”
“I don’t think I can get this done if I can’t talk to people face to face. What if I bring you and your posse with me?”
Steve met her gaze. “Sorry, it’s a lynch mob, not a meeting. And while tables are turned over in outrage at your stealing jobs, and chairs are being thrown for ruining their lives, at least, two of these are known aliases of hit-men who will take you out. And since you have not written a Will under your new name, nor have any known relatives, all your assets will go to the state.”
Her heart pounded so hard it felt like it might burst from her chest.
She gripped his arm for comfort. “I would like to leave Iowa and handle this matter far, far away from here. I’ll move the land to a trust, which will run it as a private park in perpetuity, and I’ll leave everything else to you.”
“I’d love to get you the hell out of here, but we have zero confidence in the police force. We cannot safely move you right now. As far as the trust idea, hold off on creating it. This may be over sooner than you think.” He then stood and pulled her tight against him. “And for your clever idea to leave your cursed money to me, not happening. Leave it to someone you hate. And that had better not be me.”
She smiled at his point-blank refusal to be the recipient of her money. “I’m sorry. I wasn’t thinking straight. I would never want to put such a curse on you. I take it back. I’ll leave the money to…Traver, or would if I could remember his last name or knew his address.”
“No, you will not. Leave it to some group protecting forests from developers. Someday, we are getting beyond your Lottery Curse, which won’t happen if you push it on me or enrich con-artists.”
She smiled. “So you see a future for us?”
He studied her. “Since you’re smiling, I’ll risk answering your question. I do. I’m picturing something a bit quieter than it’s been so far, but perhaps just as exciting in other ways.”

BUY LINK
A Fortune to Die For
AMAZON

Free with Kindle Unlimited
About Liza
Liza O’Connor was raised badly by feral cats, left the South/Midwest and wandered off to find nicer people on the east coast. There she worked for the meanest man on Wall Street, while her psychotic husband tried to kill her three times. (So much for finding nicer people.) Then one day she declared enough, got a better job, divorced her husband, and fell in love with her new life where people behaved nicely. But all those bad behaviors has given her lots of fodder for her humorous books. Please buy these books, because otherwise, she’ll become grumpy and write troubled novels instead. They will likely traumatize you.
You have been warned.