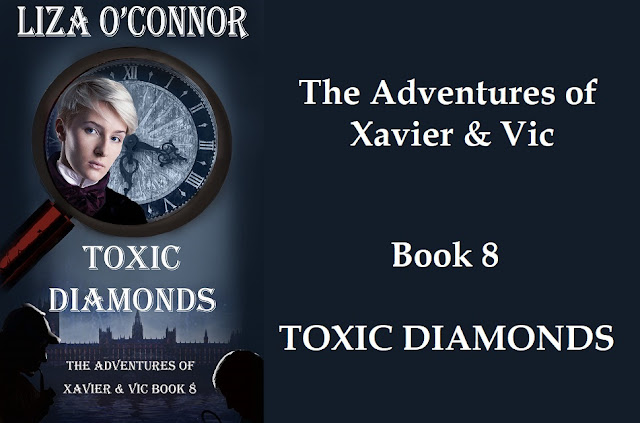 Tubs tells a childhood story about himself: whenever his father was drunk, he’d try to drown Tubs by sticking his head in a bucket of water. Only Tubs could hold his breath for twenty minutes. Fortunately, his drunken father would lose interest and wander off for another drink long before twenty minutes were up.
Can a person really hold their breath for twenty minutes? Certainly not everyone, but, some can. The current record is 24 minutes and 3 seconds. 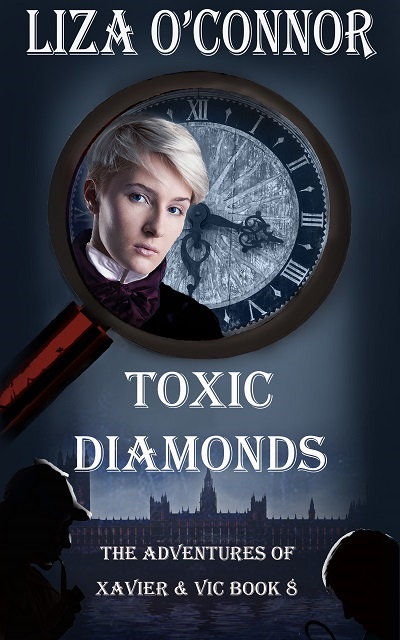 BLURB
Determining whom to trust is getting very hard, indeed. This may be the most trying cases imaginable. Director Stone has gone missing and it appears Ministers of Parliament are involved. Xavier is arrested and placed in a jail meant to kill him, while Vic, disguised as a woman, attempts to locate the Minister of External Affairs and ask for his help.

Everyone is called in to assist: Jacko, his wife Alice, their son Pete, Samson the Crime Lord, David and Claire, Tubs and his wife Sara, the boys: Cannon and Ham, plus the bloodhound Arroo.

The Wasp, who escaped punishment for her attempts to murder her bigamist husband’s first wife last year, is back. Vic discovers love letters between Ben, their terrible male secretary, and the Wasp. Worse yet, he shared Xavier’s financial advice with the Wasp, making her and her husband very wealthy.

With Stone missing, and Barns and Meyers stretched to their limits, Vic decides it’s time to train more of the Scotland Yard officers in intuitive and deductive reasoning. While only half the class makes it through her two-day course, everyone is pleased with her results.

Finally, be warned: Vic’s sister, Claire, is becoming more difficult than ever. Gregory thinks she is going mad.

EXCERPT
“Xavier— I think he snuck out and might be in the basement with the dead guy. Whatever this smell is could be killing him as we speak.”

Without waiting, she and Tubs took off. Gregory yelled for them to wait, but no one listened. In fact, Dr. Connors followed them.

When they got to the basement door, wet putty laid in strips at the bottom of the steps. Seeing the doctor behind Vic, Tubs focused on the doctor. “The door’s been open, so Xavier is probably inside. I can hold my breath a long time. Let me bring him upstairs. Otherwise, I’ll probably have to rescue both of you as well.”

Vic paused, but Dr. Connors just grabbed her arm and pulled her upstairs. The moment they closed the basement door, her heart wrenched. “What can knock a person out so quickly?”

“I’m not certain. But chemists have discovered several gases, some of which can be deadly.”

“Such as the gases that form in the sewer lines. That’s why the toilets should have a kink to hold water. It prevents the foul gases from entering into the bathroom and possibly killing the residents in their sleep.”

Vic began to pace. “Why has Tubs not returned?”

“Let me go down and see,” Dr. Connors suggested.

“We cannot risk you.”

“Like you aren’t vital as well?” she yelled. She then ran to the door and opened it just as Tubs climbed up the steep stairs with Xavier hanging over his shoulder.
When he reached the first floor he handed an unconscious Xavier to Dr. Connors, took a deep breath and returned downstairs.

The Adventures of Xavier & Vic Sleuth series: (Late Victorian/Mystery/Romance)
The Troublesome Apprentice — The greatest sleuth in Victorian England hires a young man who turns out to be a young woman.
The Missing Partner — Opps! The greatest sleuth in Victorian England goes missing, leaving Vic to rescue Xavier, a suffragette, and about 100 servants. Not to mention an eviscerating cat. Yes, let’s not mention the cat.
A Right to Love — A romantic detour for Jacko. Want to see how amply rewarded Jacko was when he & Vic save an old woman from Bedlam?
The Mesmerist — The Mesmerist can control people from afar and make them murder for her. Worse yet, Xavier Thorn has fallen under her spell.
Well Kept Secrets — The problems with secrets is that they always come to light, no matter how you wish to silence them.
Pack of Trouble — Changes are a part of life, but these changes almost kill Vic.
The Darkest Days — Muddled cases make Vic very grumpy.
The CrimeLords’ War — Vic is almost killed twice as she tries to prevent a CrimeLords’ War, stop a female Russian spy, and locate Xavier.
Toxic Diamonds — The Queen’s Diamonds have been stolen, Director Stone of Scotland Yard is missing, and there is a toxic gas that may kill hundreds of Londoners.
A Despicable Crime --  Xavier's worst nightmare comes to life. Several of the Crime Lords discover that Xavier has a living mother. The desire to make Xavier dance to their whims is too irresistible to ignore. If they own his mother, they’ll own Xavier.