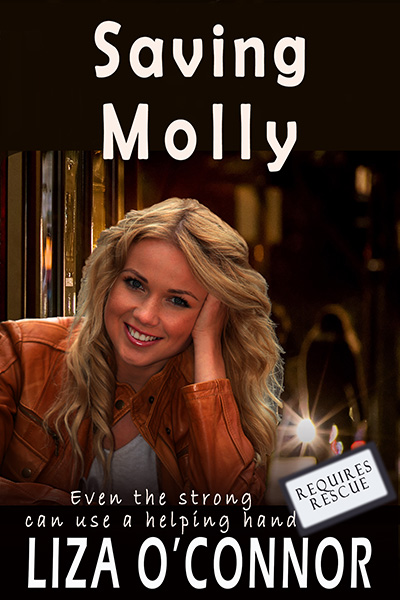 By
Liza O’Connor
Book 2 of the
Requires Rescue Series
∞
Contemporary Suspense
∞
Sometimes even the strong
requires a helping hand.

Molly Brown always faces life with a smile, even when a frightening thug is intent upon killing her. At first, Detective Sean Cushing finds Molly’s cheery disposition unnatural, especially when he discovers the seriousness of her injuries. When she asks for police protection, he instead offers her a job and home being a nanny to his five-year-old daughter, hoping her cheery disposition can pull his child from her dark hole of misery. Never did he expect he’d be proposing marriage within a day, but life has a way of going in odd directions when Molly Brown is involved.

Sean really needed to know what Molly heard, because G-Man had no trouble ordering a hit, and DTX had no problem fulfilling the order. “Well, matters can go very bad for you if you don’t tell me what he said.”
After a long pause, she continued, “His boss said a shipment of goods was coming into JFK tonight. The mules were puppies.”
She went silent.
“Anything else?”
“He said to take the puppies to the meadowlands and gut them there. That caused me to gasp in horror and stare at the scary man. The moment I realized he knew that I had heard his boss on the phone, I took off running and he’s been following me for the last five hours.”
“You’ve been running for five hours?” God, just when he’d start to believe something out of her cheery, smiling mouth, she’d throw out a load of crap too big to swallow.
“Well, it began as a full out run for my life, that slowed to a track race, then downgraded to a marathon run. My hams got shaky so I dropped to a jog until they blew out entirely, and I could only walk. But I kept moving because I could still hear the scary man behind me. He has a high pierce wheeze.
Sean shook his head. He honestly had no idea if Molly Brown was an informant to a potential drug bust or a complete loon.

NOTE: EACH BOOK OF THIS SERIES STANDS ALONE.
ABOUT THE AUTHOR 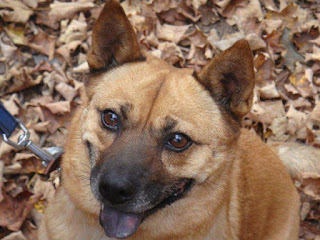 Liza O’Connor lives in Denville, NJ with her dog Jess. They hike in fabulous woods every day, rain or shine, sleet or snow. Having an adventurous nature, she learned to fly small Cessnas in NJ, hang-glide in New Zealand, kayak in Pennsylvania, ski in New York, scuba dive with great white sharks in Australia, dig up dinosaur bones in Montana, sky dive in Indiana, and raft a class four river in Tasmania. She’s an avid gardener, amateur photographer, and dabbler in watercolors and graphic arts. Yet through her entire life, her first love has and always will be writing novels.

And check out Liza’s

Email ThisBlogThis!Share to TwitterShare to FacebookShare to Pinterest
Labels: Molly faces life with a smile. Except when a drug dealer orders puppies to be gutted.