Worst Week Ever--Last week to get it for free!

When March Ends
My Best-Seller
stops being Free 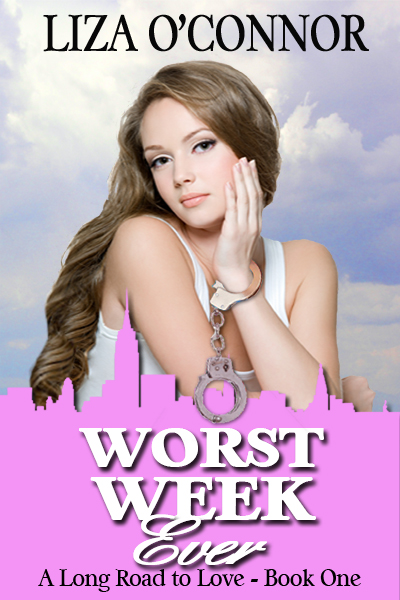 I decided to offer my best-seller to introduce myself to my new audiences.


The month is getting near the end. Don't let it end without securing your copy.


We all need a laugh!

“My father taught me everything I needed to know. He declared team-building bullshit. Every man should be out for himself and let the strongest survive.”

She’d always suspected Trent’s father had led him down this path of poor management. “Which is why we struggle to get anything done. Running a business is a team effort. We need to start rewarding people for working together, not screwing up everyone else’s performance.”

Contentment crossed his face. She couldn’t imagine why, given the topic.
Discussions of his father and change normally annoyed him. He’d probably stopped listening and moved on to a new thought. Normally, she’d give up, but not today. He’d insisted on coming along so he could discuss these matters. By God, he’d stay on topic.

“Why are you smiling?” she asked.

His smile widened as his gaze locked onto her. “Because you said ‘we’ which makes us a team.”

Carrie stared at him in confusion. Why did he focus on her use of ‘we’ now? A sense of joy flooded her as she understood. The ugly gray wall of his father’s teachings must have finally cracked a bit. Trent saw her as his team, which redefined ‘team’ as a good thing. She needed to expand the crevice while she could. “Yes, and our team needs to get bigger, so you don’t have another horrible month like this past one.”

He grasped her right hand and covered it with both of his. “I’m completely on board with this team stuff. And as soon as we hire this HR person and he gives me the nod, I’ll fire as many as you like and hire team workers instead.”
“Our expert might be a woman.”

The pride in his voice pissed her off and tempted her to lecture him on pay discrimination, but she really needed to keep this conversation positive. “Once the improvements I made in Taiwan show up in our profit margins, I hope you’ll reward me for my efforts.”

“I intend to.” His eyes sparkled with a worrisome amount of delight.
God, please don’t let him do something stupid like give me his Dali painting.
A moment later, the driver cursed and slammed on the brakes, bringing the car to a halt.

Carrie stared out the window at the rows of parked cars. She looked through the back window and watched the parking lot grow behind them. Something must have happened to close Cross Bronx Expressway or the George Washington Bridge. God, would she never get home?

Not surprisingly, Trent lost his meager patience at once. “Sam, take the local roads into the city. I’m tired of sitting in this car.”

“The local streets aren’t particularly safe,” Sam warned.
“I sent you to defensive driving school, for God’s sake. It’s time I get my money’s worth.”

Sam sighed heavily. He stared at Carrie through the rearview mirror. “Please secure your seat belt. I may have to perform evasive maneuvers that could result in injury.”

Trent huffed. “Not if you plan to keep your—”

Carrie touched his arm. “We should practice our positive management responses on your home staff, so it becomes second nature to you when the new people come to work.”

He sighed. “I intended to say Sam wouldn’t wish to lose his self-esteem. He ranked first in his class if I recall.”

Sam grew an inch taller. “True, but I’ll need to focus on evade-and-escape techniques, not drive-smoothly-so-the-passengers-can-sip-their-wine.”

Deciding it best to interrupt this discussion, she reached over Trent, located his seatbelt and buckled him in. “Well done. A good manager should know details about his employees’ lives.”

Instead of complaining about her securing him in a seatbelt as if he were a child, he smiled. “Thank you.” He raised her hand to his lips and kissed her knuckles.
Butterflies fluttered in her stomach. Why had he done that? She couldn’t make sense of his actions. Perhaps he’d been touched to discover one of his employees didn’t want him dead. Embarrassed, she gently pulled her hand to the safety of her lap.

Trent’s focus turned to Sam. “Why aren’t we moving?”

“Because I require an exit, sir. I’ll take the first one I can.”

“Just drive on the side of the road.”

“Sir, the side of this road is littered with stripped cars, and once you pull over, no one will let you back in this lane. We’ll just have to wait until we crawl to the next exit.”

Trent breathed a heavy sigh of annoyance and unlocked his and then Carrie’s seat belts. “Well, tell us when you’ve found one.”