Through Fire by Sage MacGowan 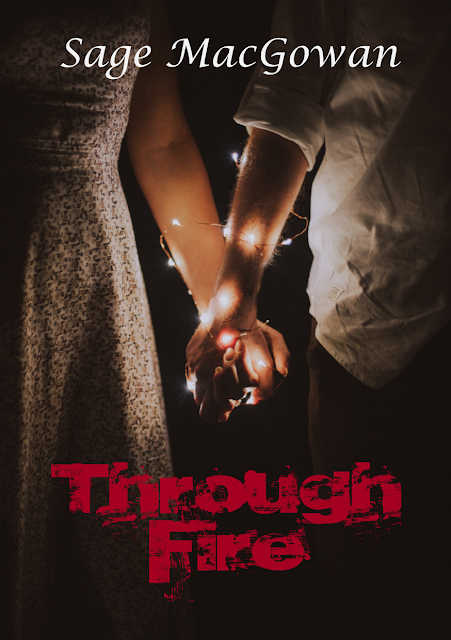 All her life Cass has been the wallflower, quietly content to make her mark from behind the scenes. As a cognitive psychologist in the research field, she will use her intellect and tenacity to heal the “broken” brain. Because she learned long ago she isn’t capable of fixing broken minds; maybe not even broken hearts.
Bryan doesn’t want to even think about his present. To escape his past, he had always looked to the future. As a materials engineer he will use his ingenuity and talent to develop state-of-the-art products and devices. But now an accident has drastically broad-sided his life – and the hits keep coming.
They give each other the motive to step beyond self-consciousness – to reach outside themselves to touch the other. They discover the courage to pull one another close. To love. To be loved. From one another they draw the power and fortitude to move beyond mistakes.

Excerpt
Finally she stepped to him and wrapped her arms around. She shook and a lump formed in Bryan’s throat. The scent of strawberries filled his nostrils. God, how he missed her! It felt like it had been months, not days. The ache in his heart spread and intensified. He wanted to beg her forgiveness. Plead with her to bring her things back to his apartment that very day. Maybe even officially move in with him. But he had work to do first. He needed to get farther along and he couldn’t allow himself to get sidetracked and avoid doing what he needed to do.
So he just held on for dear life for this moment in time. He allowed himself to caress her smooth auburn hair with his cheek for just a few seconds, then lifted his head and lightened the pressure of his hand on her back, letting it slide down to her waist.
#
But Cass wasn’t quite ready to relinquish him. She pressed her cheek into the warm, firm planes of his chest and continued to hold on for dear life. It was all she could do to maintain control. She wanted to beg his forgiveness. Take her things back to his apartment, maybe even officially move in. But she couldn’t allow him to get sidetracked and avoid the work he needed to do. 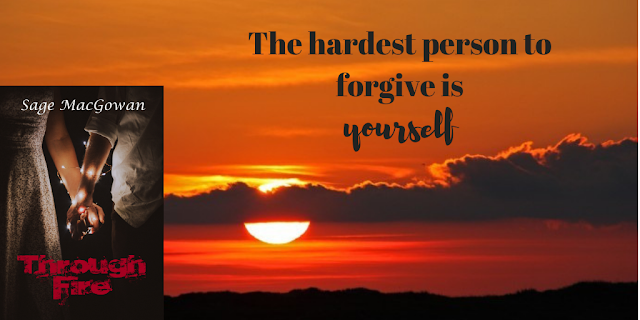 Tucked away in the beautiful Pacific Northwest, Sage divides her time among being a mother, a writer, and the program director for a non-profit. Growing up, and for quite some time after, she was a reader and a dreamer, but didn’t often put pen to paper. Then late one night, listening to music, story ideas dancing through her head, she was overcome with an inescapable urge to actually write. She is a nature-worshiper and spends a fair amount of time hiking and camping, when she’s not playing Sudoku.