A Tangled Affair by Liza O'Connor

A Tangled Affair
By 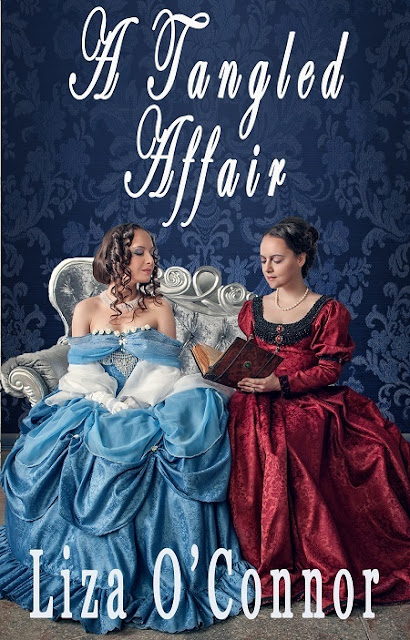 Garrison Ford needs a wife and son before his 35th birthday. He goes to London to find a bride and falls in love with a debutante’s elder sister, Sara. Unfortunately, Sara considers herself “ruined and unfit” to be his wife. Desperate to keep the woman he loves in his life, Garrison marries her younger sister, Dana. Returning home with both sisters, Dana, his untouched wife, and Sara, his beloved mistress, Garrison learns that a young lady in town is rumored to be carrying his child. As if this is not tangled enough, Garrison’s best friend is determined to free Dana from this tangled knot and take her as his bride.

Garrison sought out the darkest corner of the gardens, locating Carlton and the young lady. He was careful not to make his presence known. If the lady was willing, he didn’t want to create an embarrassing situation. However, he knew Carlton well enough to know that a woman would not have to consent for the scoundrel to take advantage.

Staying within the shadows, he edged around the hedge until he saw her. Her hands were pressed against a large oak tree. Carlton took her from behind, her dress pushed to her waist. Garrison knew he should leave, she was obviously willing, but his feet remained frozen to the spot. His stomach roiled as he watched. Why did she not fight him? Carlton was treating her like an animal. Why would she accept this? He remembered Lady Castel’s words. She had been rescued from a harem.

Is this all she thinks she deserves?

Garrison moved between two large boxwoods as Carlton pulled out and put his clothes to right. He watched the girl straighten up and settle her skirt.

Carlton yanked her face roughly to the light. “I told you no more crying.”

She pulled her face from his hands. “I am not crying.”

“I beg to differ. I cannot take you back in looking as you do.”

Carlton laughed. “I guess you know all the gardens of the gentry pretty well by now.”

When she didn’t respond, he shrugged and returned to the ball.

Garrison couldn’t move without giving away his presence. When the moonlight lit her face, her cheeks glistened from tears and her expression betrayed devastating misery. He knew for certain she had not wanted the man’s attention, but what he didn’t understand was why she allowed it to happen.

The young woman breathed in deep and brushed her skirts once more. Her shaking hands wiped away the telltale moisture from her cheeks and she chanted something beneath her breath. She had only taken one step towards the house when voices of young men rang in the distance. Panic filled her eyes as she scanned the garden. As the voices grew louder, she rushed between the boxwoods and ran directly into Garrison.

She gasped upon hitting his chest. His arms reached out to steady her. He had never seen such despair in such a beautiful face. His finger rose to his lips and he pushed her deeper into the shadows behind him, shielding her body from view. Convinced she was out of sight, Garrison stepped out and lit his pipe. When the three young men turned the corner, they came to a complete halt.

“May I help you, gentlemen?” he asked.

Their mouths opened in shocked unison, but none spoke.

Finally, the tallest of the young men, no more than seventeen with red, bushy hair, found his tongue.
“We were looking for a lady.”

The shortest fellow sniggered and the third fellow punched him into silence.

The red-haired boy arched his brow. “Have you seen her?”

Garrison puffed on his pipe and studied the boys. Why the hell would such children be a party to Sara’s torment?

“I’ve seen no less than a hundred of them in the house. You boys are headed in the wrong direction.” His response disappointed them, and his hard stare sent them on their way. He waited until they were inside before he turned to the woman and held out his hand. “It’s safe to come out now.”

When she did not take his hand, he wondered if she had escaped through the hedge. “I won’t hurt you,” he added.

His observation triggered some rustling and the young woman pushed her way out of the hedge, but still avoided his hand. “I would appreciate an escort.”

He nodded solemnly. “You may want to fix your hair.”

With her hands, she examined the state of her hair and the expression on her face told him what seemed terribly apparent upon consideration. Her hair could not be repaired in the garden. She would require brushes and pins.

“Perhaps we should go through the kitchen and up the servant stairs,” he suggested.

Pain creased her brow, but she followed him around the house without protest as he led her up the narrow stairs and into a bedroom.

He pointed out the vanity table. “You should be able to find whatever you need in there.”

Her eyes rounded in confusion as she faced him, making no effort to fix her hair.

He pressed his ear against the door. “Hurry. I wouldn’t want to compromise your reputation by someone discovering us in this room.”

Sara continued to stare at him, as if unable to understand his simple request.

Finally, she moved into action.

She rushed to the vanity and set about fixing her hair. When she was finished, she carefully removed the hairs from the brush. Upon twisting them in a small ring about her finger, she stood up and faced him.
He peeked outside and then motioned for her to follow. In the hallway, he pointed to the stairs. “Just follow those down to the party, I’ll go down the servants’ steps.”

She nodded and started downstairs.

Garrison watched her until she disappeared around the curve of the stairwell, then made his way down to the kitchen and entered through the garden. When he reentered the house, he searched for her and found her safely with her sister.

Lady Castel introduced him to several young women that evening, but he could not recall their names or anything about them. All he could remember was one young woman with beautiful, yet wounded eyes, rescued from white slavers, but treated no better by the young gentlemen of society. The more he thought of it, the angrier he became.

No matter what debutante he danced with during the remaining evening, he never lost track of Sara Hawkens.

***
The next day, Garrison made inquiries about Sara’s parents, and the general conclusion was that Samuel Hawkens was a good sort of man, but remarkably nonsensical for one so successful in business. They all gave the same example of foolishness: his determination to return his eldest daughter into society when she should be sent off to a country estate and hidden in shame.

In private, the men spoke more plainly. Sara was debauched and depraved beyond salvation. Her training in the harem had left her with an insatiable hunger for sex, the dirtier the better.

“She will do things a whore wouldn’t do,” one gentleman assured him. “I tell you from firsthand knowledge.”

Garrison struggled not to repay the man’s confidence with a fist in his arrogant face. 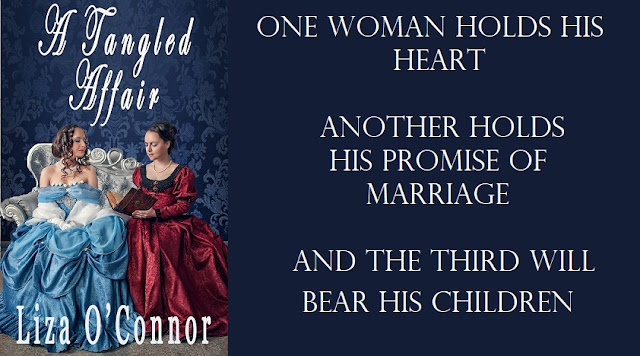 The first novel of a Two Book Series.